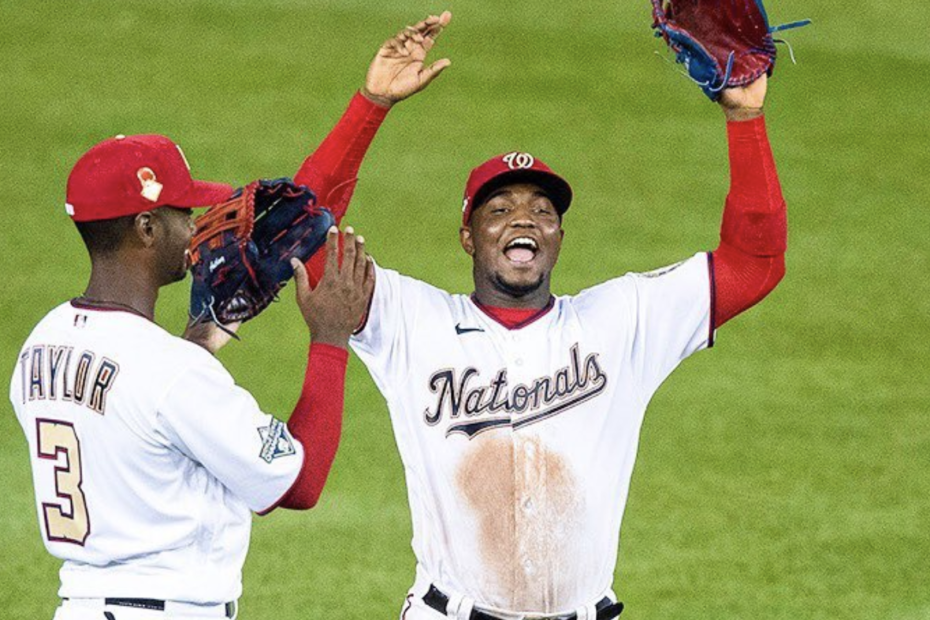 10 Ways the 2020 MLB Season is Different from Any Other

10 Ways the 2020 MLB Season is Different from Any Other

4 months after opening day was supposed to take place, the MLB season finally started, and as the first few games have been played, it became clear that despite efforts to make the season seem normal, it felt very different from a traditional MLB season.

Here are the 10 ways that the 2020 season differs from regular MLB seasons.

Due to the Corona pandemic, fans are not allowed to attend MLB games, leading to a very strange lack of noise. To account for this, on their television broadcasts, the MLB has been playing recordings of cheering, to make the games seem less silent. When watching a game, there is nonstop cheering being pumped into your ears, which makes the game seem normal, however, the players are not hearing this. This lack of noise on the field takes away elements of home-field advantage, as there is no cheering or booing for either team.

Players have been attempting to maintain social distance from each other on the field, which has lead to some awkward encounters. It also means a lot less high fives and a lot more elbow bumps. Players who are not playing are also required to sit in the stands, not the dugout.

In order to speed up games and make sure that they do not go too long into the night, the MLB has implemented a rule where a runner starts at 2nd base at the start of every half-inning in extra innings. The runner is the player who got out last during the previous inning. Starting with a runner on 2nd base makes it way easier for teams to score in extra innings, and makes 20 inning games that stretch into the early morning nearly impossible.

Everyone who has watched baseball before has experienced a 7th or 8th inning where the pitcher is taken out only to be replaced by a reliever, who lets up a hit to the first batter he faces, then is taken out, for a 3rd pitcher to be put in. This entire ordeal usually takes around half an hour, and sometimes longer, because the first two pitchers are usually visited by a coach before being removed, and both new pitchers have to warm up on the mound. Well, this will happen no more. The MLB implemented a rule this season that requires any pitcher who is put into the game has to face at least 3 batters. This puts more pressure on coaches and pitchers, but it will definitely speed up games.

The MLB is known for its extremely lengthy season, where having 162 games takes away from the significance of each one. However, now the season is only 60 games, which makes each game 3 times more important. Each game has to be attacked with more effort, and players are going to get fewer days off in such a short season.

In order to reduce travel, MLB teams are playing 40 out of their 60 games against their own division. This makes it very difficult for teams in good divisions like the AL West or NL East to do well, as they are constantly facing good teams. However, in a weak division like the AL Central, it is easy for a good team to win a ton of games. This also means that teams will not play other teams in their league until the playoffs, as they only play their own division in the regular season.

4: Teams will play more games against the other league

Traditionally, National League and American League teams play amongst themselves for most of the season, and only play each other a few times, however, in an effort to decrease travel while varying the opponents that teams face, 20 out of the 60 games teams will play will be against the opposite league. These games will take place between teams in opposite leagues that cover the same geographic area. This means that National League West teams will play National League West teams for 40 of their 60 games, but then play American League West teams for the other 20. This will create matchups that happen very rarely during normal seasons, like Yankees vs Phillies or Giants vs Rangers.

RELATED: Blue Jays To Play Majority of Home Games in the 2020 Season in Buffalo

Due to the shortened season and increase in interdivisional games, more teams will be making the playoffs. Instead of the usual 10 teams, this year 16 teams will make the playoffs, which is just over half of the league. There will still be 4 rounds, however, instead of there being 2 wild card teams that play in the first round, every team will play in the wild card round. To qualify for the playoffs, you need to be either in first or second place in your division. There will also be 2 wild card teams per league.

Usually, MLB teams have a 25 player “active roster” in addition to 15 other players on an “inactive roster” that they can draw from in case someone gets injured. This year, however, the MLB is requiring teams to only have an active roster, which will be 26 players. This is because fewer players are easier to monitor and test for COVID. This will lead to less development among younger players, as they will not get a spot with the team. It will also mean fewer days off for everyday starters, as there are fewer backups.

As a substitute for real fans, many teams are selling cardboard cutouts that they put in the seats. Fans can pay to have their faces on cutouts that will sit at the games. Some teams are also putting faces of former players in the stands. These cutouts are a part of an effort to make this season that is so strange, fell a bit more normal.