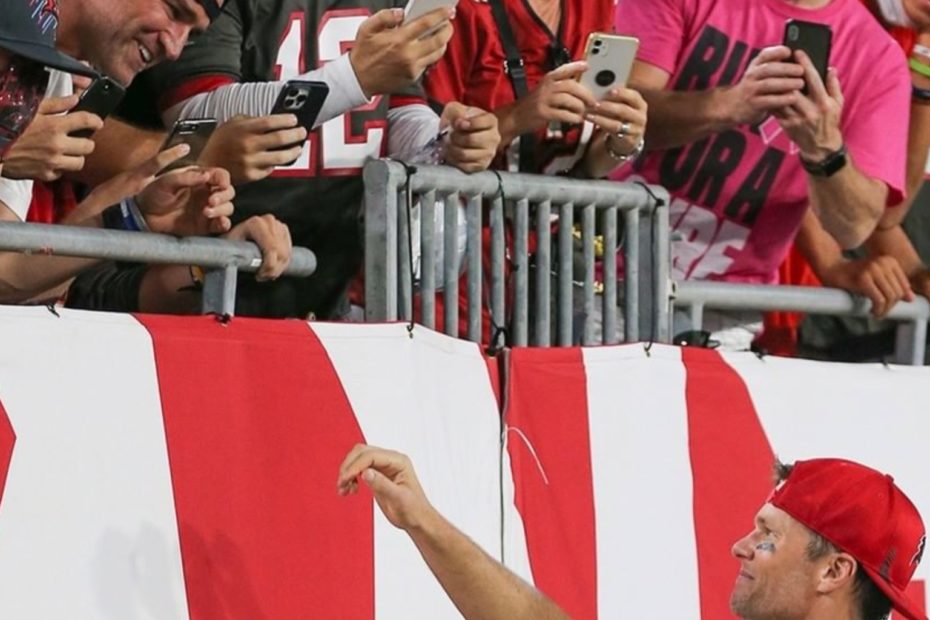 Ten-year-old Utah native, Noah Reed, first made headlines when he was seen during a Tampa Bay Buccaneers game holding up a sign that read ‘Tom Brady Helped Me Beat Brain Cancer.’

Catching the attention of the former New England Patriots quarterback, Reed’s life was quickly turned upside down when Brady appeared by his side and lent him a sympathetic hand during the middle of a game.

Even after the game, the 44-year-old athlete directly sent the young boy a video message in which he stated, “Hey Noah! How you doing… I just want to let you know I’m thinking about you. I’m with you. My thoughts and prayers are with you and your family.”

From meeting his idol in person to receiving this heartfelt message, Reed, alongside his parents, were happy to make an appearance on the Ellen Show and discuss the positive impact that the NFL star has had on their family.

Noah’s cancer story begins a mere days after last year’s Super Bowl when Brady won his 7th title. Noah reported intense migraines that were so painful that they would wake him up in the middle of the night. This alarmed his mother, Jacque, who suspected something might be wrong.

“It is what they say; it is a parent’s worst nightmare. It’s one of those things where you don’t expect it, and then all of a sudden you’re in it,” Noah’s mother reported, recalling the traumatizing event. Although her son is currently in remission, the events still stir strong emotions in her. After she brought her son to the hospital, a series of MRIs were run when the cancer was detected.

Soon after, this 10-year-old’s life became a series of doctor’s appointments and surgeries. Partially, the only thing that gave him a sense of ease was watching his favorite football player on the TV.

“Tom Brady, like he’s my hero. He’s good on and off the field. He seems like he’s a really good dad and he seems like a really good guy,” the child said on behalf of the football star. He additionally included, “Yeah, he’s broken a ton of records and stuff.”

However, meeting the quarterback in person was a truly special occurrence, according to Noah himself. “It was everything,” the cancer survivor stated. “To see the person you like kind of looked up to for like a long time walking towards you… it was amazing. It’s awesome.”