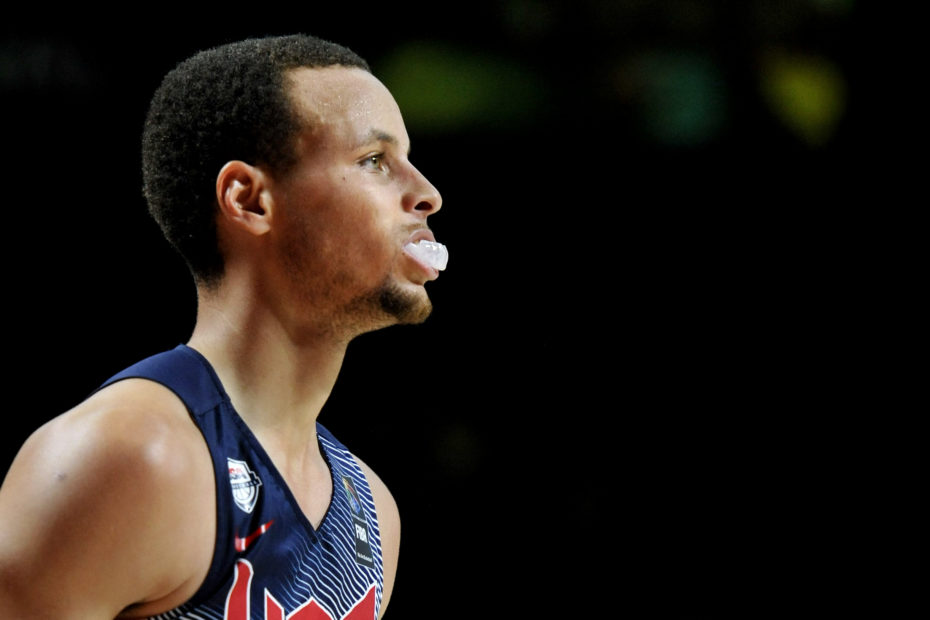 Thirty-three-year-old basketball legend, Stephen Curry, is known for his incredible talent on the court and for representing the Golden State Warriors. The NBA athlete is a two-time MVP awarded player and has even won three NBA championships with his notable team. But that’s not to say he still isn’t learning.

With this many credentials, is there anything the superstar could learn about the sport of basketball? Apparently, the answer is yes.

In the Jr. All American Camp, an unknown 10-year-old boy absolutely dominated the court of his summer camp with shocking skill. If you didn’t know any better, you’d think he himself had been signed to the NBA.

In a video posted to Ballislife.com, the child can be seen exhibiting faking out defenders, the use of pump fakes, crossovers, finishing at the rim, and even shooting from a distance. Unsurprisingly, this child caught the attention of the amazing basketball player, Stephen Curry.

Taking to Instagram to comment on this amazing 10-year-old, the Warriors player stated, “Yep I just learned 2 new moves,” after he saw what the kid can do. Needless to say, this child’s day was more than made. It would not come as a shock if the unnamed child was invited to Stephen Curry’s summer camp in the following year. However, besides managing summer camps, the 33-year-old NBA star is also making rounds by launching an initiative to support Davidson College’s female athletes.

“The reason I am who I am today is also because of strong, powerful women who have poured into my life all these years,” Curry said in an Instagram video. He went on to state, “Now, as the father of two girls I want them to grow up without any boundaries on their futures.”

He also captioned the video with the sentiments, “@ayeshacurry & I are excited to announce the Curry Family Women’s Athletics Initiative aimed at helping close the inequity gap in women’s sports starting with @davidsoncollege It’s on all of us to help female scholar-athletes keep shining. Let’s goooo Cats!”

Chris Clunie, the director of athletics for Davidson College, also elaborated on the importance of working with the basketball star. In his own statement, he offered, “The Currys’ gift and vision provide an unprecedented push forward for Davidson Athletics and our exceptional scholar-athletes…Beyond Davidson, the Currys are sending an important message about addressing the broad inequity in women’s athletics and the importance of unlocking opportunities today and into the future.”