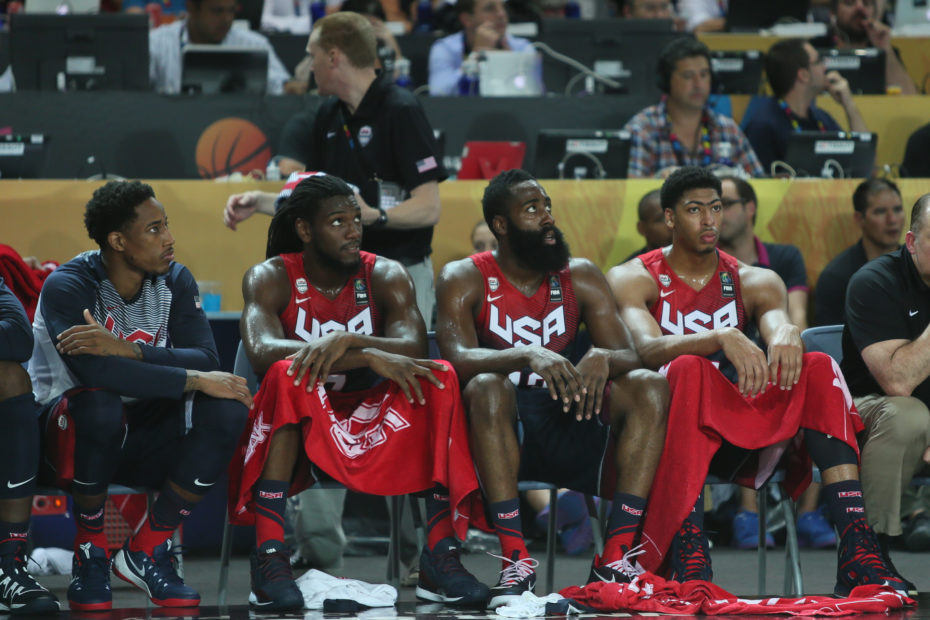 20 of the Most Hated NBA Players of All Time

So without further ado, here are 25 of the Most Hated NBA Players of All Time:

Zaza Pachulia is well known for his nasty plays that often involve minor injuries to other players. Many of these instances where he was accused of malicious intent took place during his time with the Warriors in the mid to late 2010s.

Aside from the warriors, he also played with the Magic, Bucks, Hawks, Mavericks, and Pistons. Despite alleged foul play, Pachulia has 16 seasons, and two NBA Championship wins under his belt. He currently works as a basketball operations consultant for the Golden State Warriors.

Latrell Sprewell has a history of butting heads with coaches, and once chose a two-by-four as a his weapon of choice during an altercation with teammate, Jerome Kersey. Additionally, he threatened to kill Carlesimo, followed by grabbing him by the throat. He was asked to leave (and did), but returned to confront Kersey once again. Shortly after, he was suspended, and his contract with the Warriors went null.

Despite being one of the best to ever play the game, Lebron James has been accused of clout chasing (aka ring chasing), specifically during his championship runs with the Miami Heat. He has also been accused of attempting to build superteams and managing to have coaches removed on a whim.

He’s also seen as a selfish player that doesn’t incorporate his team as much as he should, often being lazy on defense and flopping at the end of games. He has played for the Heat, Cavs, and now the Lakers.

Grayson Allen is recognized as a dirty player, even before the NBA when he played ball at Duke. He is known for tripping and fouling, and has played for the Jazz, Grizzlies, and Bucks.

Patrick Beverly is despised by opposing teams for his hard played and annoying defense, with players often accusing him of being “in their face.” Just recently, in July, he pushed Chris Paul, but despite these negative behaviors, he has competed 9 seasons in the NBA.

James Harden has been noted for his narcissistic and one-man-team playing style, but he has also been credited as one of the best ball players of the decade. Many have accused him of not even trying when he was competing for the Rockets because he knew had no chance for an NBA Championship.

He had his sights set on switching to a different team, rather than doing his best for himself and his team. He has been in the league for 13 seasons, while most of his  notable years have taken place while on the Houston Rockets. He currently plays for the Nets.

Dwight Howard is considered one of the most hated NBA players because many believe he doesn’t put in full effort. He seems careless and happy in many instances he should be more concerned and passionate (such as in close game losing situations). Additionally, many of his teammates have complained about him in the past. He has competed in 17 so far, and currently plays for the Lakers.

DeMarcus Cousins is known to throw tantrums when plays don’t go his way or fouls aren’t called in his favor. He is seen as a player that lets his emotions get the best of him, putting him on the list of most hated NBA players. Though he has competed for 12 seasons, won a Rookie of the Year title, and is a 4 time NBA all-star, he hasn’t managed to secure a positive reputation among his fans and peers.

Jared Dudley has a history of speaking disrespectfully to his team and other players about their own abilities. He is an NBA Championship winner (Lakers, 2020), and has spent time with the Hornets, Suns, Clippers, Bucks, Wizards, and Nets.

Enes Kenter is strongly disliked by his fellow Turkish players for his strong opinion that the Turkish government is an evil dictatorship. He was the third overall pick for the Jazz in 2010, and has also spent time playing for the Jazz, OKC, Knicks, Portland, Boston, and Portland.

Derek Fisher is believed to be a dirty player by many, and many have accused him of bullying other players. He also slept with the wife of fellow NBA star Matt Barnes. In spite of these disappointing rumors, Derek Fisher has managed to keep a relatively successful NBA career, claiming five championships with the Lakers.

Nate Robinson, known for demanding trade and butting heads with those around him, is also thought to carry more about the fame than winning his games and honoring his team. He has spent time with 8 different teams, and holds bragging rights to 3 slam dunk championships and 14 seasons as a participant in the NBA.

Charles Barkley has had many instances where he displayed aggressive and unnecessary behavior toward cameramen and other NBA players, as well as getting into fights at bars. Though he was great at the sport, many saw him as a bad role model.

Dennis Rodman is frowned upon by many of his fellow basketball stars and fans for flaunting his celebrity status and wealth, to the point of spending it all and amassing a large debt. Though his financial affairs seem to be in order now, he is also noted for his odd relationship with North Korea and his flamboyant personality. He has spent time with the Pistons, Spurs, Bulls, Lakers, and Mavericks, and was a part of the Bad Boy Pistons in the 80s.

Draymond Green is known to be a very tough defender, perhaps one of the best currently in the game. However, he has a history of a hot temper, arguing calls and getting mouthy with players from the opposing team.

Though he is noted for his die-hard loyalty to his team, there have been many instances where Green acted out, including when he called LeBron James a “b***h.” For this behavior, he was suspended from the Warriors against the Cavs, ultimately letting his team and fans down. This makes him one of the most hated NBA players on this list.

Allen Iverson is known by his teammates for not wanting to participate in practice, and arguing with his coaches. He was the NBA MVP in 2001, and Rookie of the Year in 1997.

Rick Mahorn is arguably one of the dirtiest players of the Bad Boy Pistons, participating in copious amounts of fouling and pushing players to the floor. Many consider him to be one of the most hated NBA players.

Danny Ainge has had many documented arguments with fellow NBA stars Michael Jordan, Isaiah Thomas, and many more. His extreme rivalries with so many players earned him an easy spot on this list of most hated NBA players.

Metta World Peace, most notably remembered for his aggression by elbowing James Harden , which earned him a suspension of an entire 7 games. His infamous brawls in 2004 easily places him on the list of most hated NBA players.

Kevin Garnett is a very tough player, but unfortunately his toughness often translates to a poor attitude towards other players. Holding many titles, including MVP, NBA Defensive Player of the Year, and a 15x All-Star.

Rick Barry left the Warriors for the ABA because he didn’t feel that he was being paid enough for his abilities by the NBA, despite being one of the highest-paid players in the NBA. This led many to look at him as arrogant and selfish, with no loyalty to his fans or teammates.

Isaiah Rider, who has pleaded no contest to battery before his time at the NBA, made his way to the NBA by blowing everyone out of the water in his community college league (where he was also accused of academic dishonesty).

However, once he made it to the NBA, it wasn’t long before he acted out again, assaulting an attendant at a Jack in the Box because the shake he ordered was strawberry instead of vanilla. This one’s pretty simple: Isaiah Rider is on this list of most hated NBA players because he’s a jerk. Though Rider was an extraordinary athlete, he ultimately squandered it, earning more arrests for kidnappings than championship rings.

Isaiah Thomas, another former member of the Bad Boy Pistons, is well known for his horrible run as an executive for the Knicks. Many blame him, in part, for running the team into the ground. He has also always been recognized as a vicious defender that’s hard to play with by many NBA players from the era.

Vernon Maxwell, remembered by many for his outbursts of intense rage on and off the court, and regularly speaks on how much he hates Utah. Many people don’t understand it, and have come to find him annoying and offensive, especially since he speaks so critically of Jazz fans and players.

Reggie Miller had a habit of pulling in clutch in the very last minute, making him one of the most hated NBA players by many opponents and fans. He is now a sports broadcaster, who often makes inappropriate comments that displace his fans. Additionally, his rivalry with Spike Lee is often the topic of conversation, especially in the 90s.

So what are your thoughts on this list? While you should never really hate anyone, these players found themselves with less than ideal reputations. Do you agree or disagree?