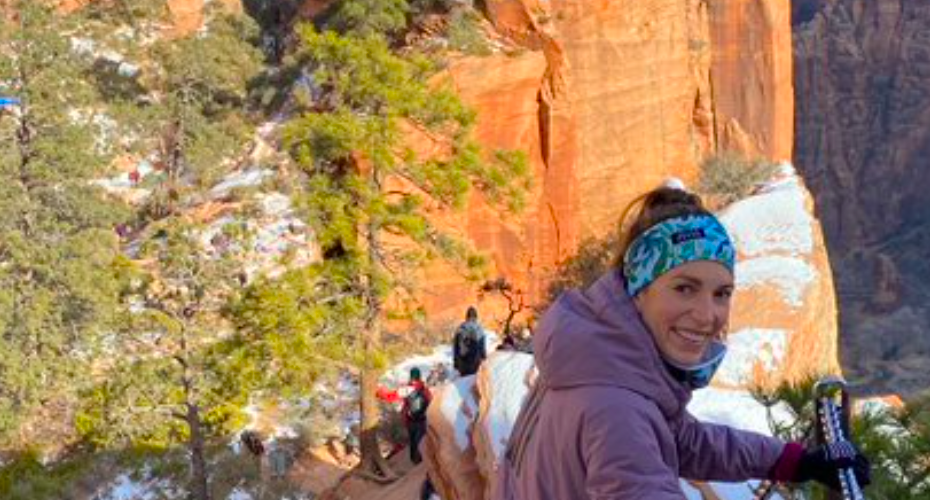 For one runner’s life, the roadblocks and obstacles in her life were heavy weights to carry in life’s race. Yet, she got through them and is now setting her sights down the road to Tokyo.

According to Survivor Net, “Runner Dana Giordano beat ovarian cancer when she was just a teenager. Now, Giordano, 27, is focused on making it to the Olympics this July in Tokyo.”

Survivor Net continued, reporting that Giordano told The Boston Globe that “her scar from the ovarian cancer surgery inspires her to keep going.”

“Last year, Giordano set personal records in the 5,000 meters and 1,500 meters events. In order to make it to the Olympics, Giordano will need to earn a spot on the U.S. Olympic Team by being one of the highest-ranking athletes at the Trials with her event time.”

People notes that “Giordano was only 14 when she was diagnosed with ovarian cancer and underwent surgery to remove a 5½-pound tumor from her body”.

“It was definitely something in the beginning where I … thought it was a sign of weakness. You know, like this is something that everyone can see,” Giordano said in a conversation with People (the TV Show!). “And now, I realize the most powerful thing is just to walk around in a bathing suit or track uniform like it’s not even there. I think that is very empowering to me.”

Giordano also said to People that being in the Olympics would be a dream come true: “Sometimes, I do have those images of what it would be like to walk around with the American flag around yourself, doing that big victory lap. And I try not to get too ahead of myself there because it would be such a dream come true.”

The Olympics are set to start on July 23rd and run until August 8th. We are cheering you on, Giordano, in your journey to make the Olympic team!

“When races were cancelled a year ago I became a professional athlete who had yet to have a breakthrough without any chances to race,” Giordano said in a Tweet. “After a month or so of panic and waiting to hear if the Olympics were postponed I put my energy into something else. Building my personal brand.”

You can also build your personal brand. One step at a time, one foot after the other. Just as Giordano is pursuing her dreams, it’s time to go get yours.