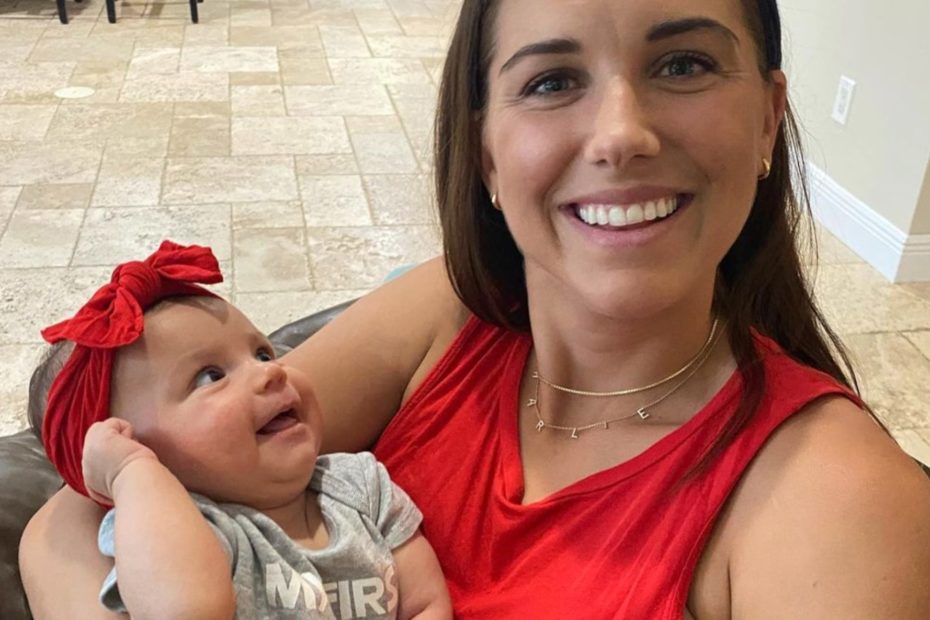 On May 7, soccer sensations Alex Morgan and Servando Carrasco became parents for the very first time. Morgan is best known for being a standout striker for the United States Women’s National Soccer Team since 2010, who now plays for the Orlando Pride and her husband is a midfielder for Fort Lauderdale CF in USL League One.

The athletic couple has been married since 2014. Then five-and-a-half years later, Morgan and Carrasco first announced they were expecting their first child together in October 2019.

Seven months later, they announced Charlie Elena Carrasco birth on Instagram and ever since, they have shared little sneak peaks into their life as a family of three.

So here are the top 21 photos they have shared of Charlie Elena over the last three months.

“You have my heart forever.”

One of their first photos as a family of three.

A mid-afternoon cuddle on Mom’s birthday.

As Morgan wrote in the caption, their two dogs take “their baby duties very seriously.”

“Happy Mother’s Day to the new momma,” Carrasco wrote. “Charlie looking at you this way will never get old.”

And their first Father’s Day together.

“Happy Father’s Day to the best dad Charlie could possibly have,” Morgan wrote along with the hashtag girl dad. “I thought I loved you as much as one human could love another until you became a dad.”

And you can’t forget about cousin time.

Celebrating two months of life in the most adorable rainbow bathing suit.

And let’s not forget about their first holiday together.

Just look at how enthralled Charlie is with her mom. That sweet smile could melt anyone’s heart.

You have to love a good twinning moments!

And those cowboy boots! So cute!

Can you believe she’s one already?

It’s already written in the stars, America’s next soccer superstar!

Can this family of three get any sweeter?

What an adorable smile, little Charlie has!

And she certainly knows how to rock a headband!

Just a couple of moms and their girls!

We believe Morgan has rocked a milk ‘stache in her day too!

They are just so sweet!