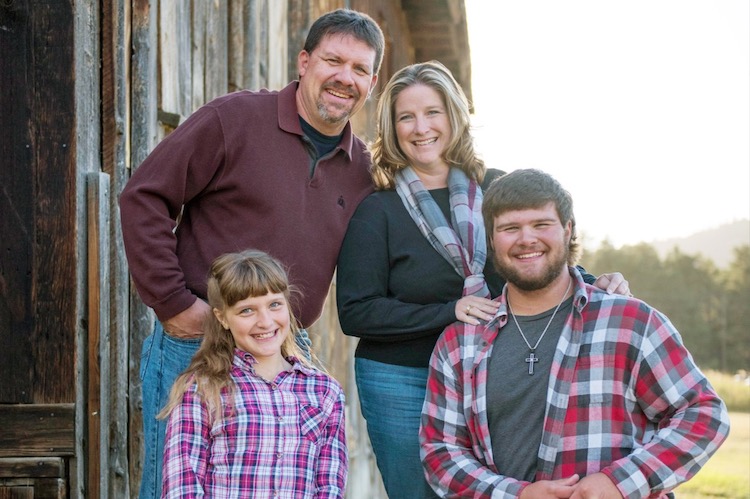 Cody Lyster, a 21-year-old college baseball player, developed coronavirus symptoms last month. His family, teammates, and doctors were all confident the healthy young man, with no other health conditions, would pull through.

Days after showing symptoms, Lyster was hospitalized and put on a ventilator. He was unable to say goodbye to his family before taking his last breath on April 8. He is now the youngest person to die of the virus in Colorado, according to The Denver Channel.

Cody Lyster, a seemingly healthy college athlete, died at the age of 21 from coronavirus.

“They felt he was strong, his heart looked good, [because] he was a college athlete playing baseball,” Kevin Lyster, Cody’s father told People. “He was living right and doing everything that he was supposed to be doing, and they believed he would make it through.”

Since the beginning of the coronavirus health crisis, the disease has been especially deadly for older adults. However, the virus isn’t just lethal for the elderly, it also has been devastating for younger adults as well.

Kevin, a police officer at the University of Colorado Anschutz Medical Campus, had tested positive for the virus in mid-March and the family took precautions to keep the disease from spreading to other members of the family. At the time, Cody was visiting from Colorado Mesa University for spring break.

“I was down in either the basement or the family room,” Kevin says. “We made sure that if somebody was going to a common room, like the kitchen, that we’d let each other know and we did everything that we were supposed to do to stay away from each other.”

Even with the safeguards in place, Cody came down with a fever.

Cody started to run a fever, one of the main symptoms of coronavirus. It didn’t alarm anyone at first, because the family assumed the 21-year-old would be fine because of his seemingly good health and young age. Then, on March 30, Kevin and his wife, Lea Ann found their son confused and “coughing badly.” His temperature had spiked to 104 degrees.

“At that point, we called the fire department and they came,” Kevin recalls. “That was the last time I saw our son alive in person.”

Lyster was put on a ventilator but his condition still did not improve.

Doctors had Lyster put on a ventilator shortly after arriving and he was transferred to the intensive care unit at a nearby hospital. After moving Cody and with no signs of improvement, doctors planned on moving the young man again to another facility to participate in a clinical trial.

The transfer date was scheduled for later in the week and because the hospital was not allowing visitors, Cody’s family was informed via a FaceTime call from a nurse at the hospital.

Kevin received a call from the hospital late the next night.

“When I saw the number I just knew,” he recalled. “It’s every parent’s worst nightmare.”

“He died alone,” adds Lea Ann, of her son, whose kidneys and heart had failed. “I mean, there was no family. There was medical staff with him, but he died without one single family member there. It’s the worst feeling ever.”

The family has learned just how much Cody impacted the lives of those who knew him.

A GoFundMe page was established to raise funds for the funeral and to help the family. The page outraised its goal of $25,000.

“It just takes the life out of you,” Kevin explained to People after returning from a funeral home. “You’re not supposed to have to bury your kid, you know? It leaves a hole in your gut. That’s the best way to describe it. You have this emptiness that you can’t describe until you’ve gone through it.”

“It’s the most devastating loss ever,” adds Lea Ann.

Through the fundraising page and from messages and calls from people Cody knew, the family has learned just how much he impacted others’ lives. It’s a small comfort in this dark time for the family.

“It definitely helps knowing that my brother helped so many lives,” Sierra shared. “People I didn’t even know have reached out to me and have just told him stories about my brother.”

The family hopes Cody’s death will force others to take the coronavirus seriously.

“Our son is proof positive that it can take the life of a young person,” Lea Ann said. “I do think that there are a lot of younger people out there thinking, ‘I’m invincible, this can’t affect me.’ Unfortunately, our family can tell you that that’s not the case.”

“My son has a very high platform from heaven right now,” Kevin added. “He has the message to get out to everybody across the world that you need to take this seriously and you need to stay at home.”

It’s a tragedy that such a young man and a healthy athlete was taken from his family and friends by this devastating virus. We hope the Lyster family continues to heal and that their son’s death will motivate others to take the threat of coronavirus as deadly serious as it is.