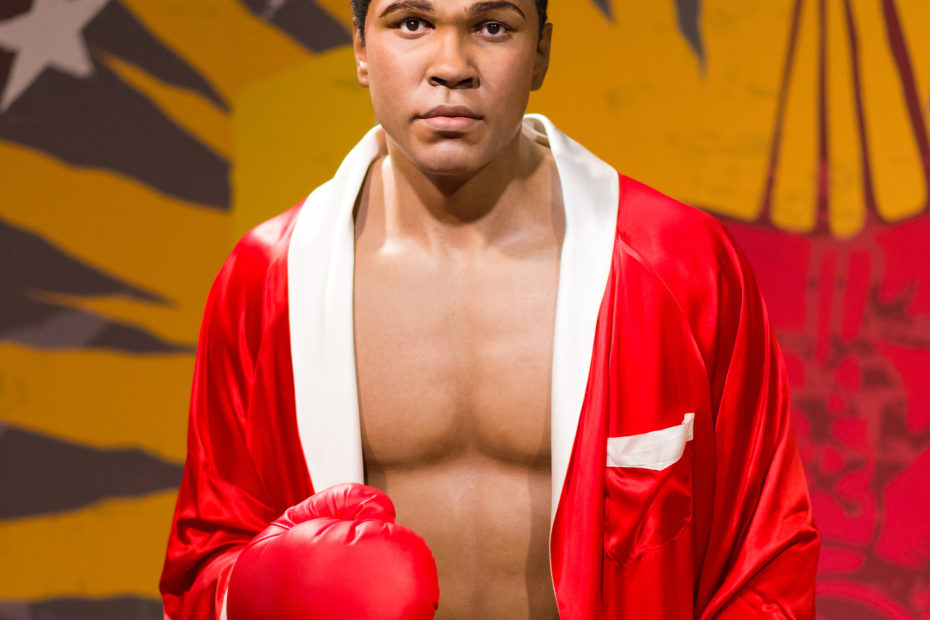 25 of the Best Boxers of All Time

Though it has been heavily debated over the decades, we have compiled a list of the top 25 best boxers of all time based on their records. Read on to find out who we deemed worthy of the “top 25” title.

Joe Frazier held a record of 32-4-1, 27 KO, and fought pro from 1965 to 1981. Known as “Smokin’ Joe,” he is remembered by many for his upset over boxing superstar Muhammad Ali. He eventually lost his heavyweight title to George Foreman in 1973.

Tony Canzoneri, who has a record of 137-24-10, is also extremely memorable for being part of an elite group of boxers that managed to obtain more than three titles in three different divisions.

Jimmy McLarnin, who holds a record of 54-11-3, 21 KO, was active from 1923 to 1936. He is also a world champion and a member of the International Boxing Hall of Fame. An Irish-Canadian, he is remembered by many as the greatest Irish boxer of all time. Many would also argue that he should possibly be ranked higher on this list.

From 1929 to 1938, Barney Ross reigned supreme in the boxing world. He was never knocked out in 81 professional fights – he somehow managed to stand his ground, even against the toughest and most famed fighters in his divisions. Though he wasn’t afraid to lose, he was very afraid to be knocked off of his feet. His record was 72-4-3, 22 KO.

From 1903 to 1910, Stanley Ketchel was a well-known name in the boxing scene, specifically the middleweight class. He had a record of 51-4-4, 48 KO, and had a passion for fighting men that outweighed him. For this, he is remembered as a courageous boxer that loved a good challenge.

George Foreman, who many would argue deserves a higher ranking, has a record of 76-5, 68 KO. He performed in the heavyweight class, and gained his notoriety by his upset against Smokin’ Joe Frazier in 1973. He retired after a successful bout, but came back at 45 years old and succeeded in winning another heavyweight title. This made him the oldest man in history to do so.

Julio Cesar Chavez was active in the boxing scene from 1980 to 2005. His record is 108-6-2, 87 KO. He sparked his career with a jaw-dropping 87 win streak. He had a very specific fighting style that only he could successfully execute. Many have tried to replicate it, but very few have been able to master it.

Mickey Walker was a master of more than one class, having dipped his toes in both the middleweight and welterweight classes from 1919-1935. He rounded off his career with an impressive record of 94-19-4.

Jimmy Wilde is a famed fighter of Europe, having fought in both Europe and in the US. He was also the world’s first official international champion of the flyweight class. He competed from 1919 to 1935, and a the end of his career had a record of 132-4-1, 98 KO.

Archie Moore, who holds a record of 185-23-10, was once a household name, and so was his nickname: “The Old Mongoose.” Having one of the longest boxing careers in history, Archie Moore fought from 1935 all the way to 1963. Though he was primarily fighting in the lightweight class for the majority of his career, he was also a successful heavyweight fighter. He also holds bragging rights to the World Championship – Light Heavyweight.

Rocky Marciano was a world heavyweight championship, and fought from 1948 to 1955. He has a record of 49-0. 43 KO – an extremely impressive record despite his relatively small amount of fights (especially compared to early-era fighters). He is one of the only fighters in history to retire from boxing without a single loss.

With a record of 65-1-1, 48 KO in the heavyweight class. Rather than using sheer force, Tunney was a tactical fighter, using speed, agility, and jabs to wear down his opponent, eventually taking victory for himself. He is most famously known for defeating the famed Jack Dempsey twice in his professional career.

Sam Langford, one of the oldest fighters on this list, participated in professional boxing matches from 1902 to 1926. He holds a record of 179-30-0, 120 KO in the middleweight and heavyweight classes (primarily heavyweight). Though many forget about Sam Langford because of the rampant racism that tormented people of color during this time, he was an unstoppable machine with a natural talent for boxing.

He won the “World Colored Heavyweight” five times when boxing was still segregated. He never got the opportunity to fight some of the best white boxers of his time, but many believe that he would have been able to take on these opponents with no problem; this is why he made it to rank number 13 on this list.

Joe Gans fought from 1893 to 1909, and has an official record of 145-10-16. Many think of him as the greatest lightweight boxer of all time, but that is hard to call since times have changed so much since his era of boxing. He is noted in history as the first African American World Champion in boxing. He is credited with helping pave the way for future black boxers everywhere.

Harry Greb reigned supreme in the boxing world from 1913 to 1926, and ended his career with an impressive record of 104-8-3, 48 KO. He is well remembered not only for his wins, but how many fights he participated in. Though fans admit that he wasn’t the cleanest player, he is still remembered as one of the most gifted to ever find the sport.

10 More of the Best Boxers of All Time

Sugar Ray Leonard holds titles for seven championships in five different weight divisions: a significant feat. Beating some of the best of his time with ease, many may argue that he is in the top few boxers of all time. His record in 1977 (20 years after the ignition of his memorable and successful career) was 36-3-1, 25 KO.

Benny Leonard was a small guy with a lot of heart, having finished his career with an admirable record of 90-6-1, 70 KO. He fought in boxing matches from 1911 all the way to 1932. Noted by many as an extremely intelligent fighter,  Leonard gave it his all in every fight, demonstrated by his 70 knockouts.

Jack Dempsey was a world heavyweight champion from 1914 to 1927, and was a familiar name for people all over the world. Feared by many of the boxers that made this list, Jack Dempsey more than earned a number 8 ranking on this list of three best boxers of all time with a career record of 61-6-9, 34 KO.

Jack Johnson has an official record of 53-11-9, and was another African American world-class boxer that is often underscored because of the racism that dominated the country at the time of his boxing success. Many white boxers were jealous at the time of his dominance, and would challenge him with the best fighters they had to offer, even bringing some out of retirement. Johnson never faltered.

Robert Duran boxed professionally from 1968 to 2001, and held bragging rights to five titles in four different weight categories. He was the first to ever defeat Sugar Ray Leonard, and competed in 100 matches across 5 decades – an impressive career span with more than 100 professional victories. He has a record of 103-16, 70 KO.

Joe Louis, often referred to as the “Brown Bomber”, was active from 1934 to 1951, and ended his career with a record of 66-3, 52 KO. Known for the power that his punches packed, he reigned supreme with a firm win streak for 140 months across 25 different fights. He was the first African American fighter to be well known and respected by white boxers and fans, and opened the door for other fighters in the same position.

Definitely one of the most famous boxers in history, Muhammad Ali was not only one of the best of all time, but he was also a civil rights and social activist. He boxed from 1960 to 1981, and won six different heavyweight titles. Initially known as Cassius Clay, he converted to Islam and became known as Muhammad Ali. He had famous fights against boxing superstars, such as George Foreman, where he almost always won the upset.

Willie Pep is often remembered for not only the number of fights he won, but the sheer amount of matches he fought in. He holds a record of 229-11-1, 65 KO. From 1940 to 1996 he was feared by featherweights everywhere, and is remembered as one of the best boxers of all time.

Henry Armstrong held a record of 150-21-10, 101 KO, and is often debated to be the best boxer of all time. He fought from 1931 to 1945. He is one of the only fighters in history to simultaneously hold records and championships in more than 2 weight divisions. He competed in lightweight, featherweight, and welterweight championships.

Sugar Ray Robinson, who competed in the ring from 1940 to 1965, had a record of 170-19-6, 108 KO. He is also one of the main reasons that the pond for pound rankings exists. His longest winning streak was 126 victories, something that would be unheard of in the modern boxing scene.

He won championships in both welterweight and middleweight categories, but most of his titles and records were won while competing in the middleweight class. Most avid boxing fans can agree that he is the best boxer of all time, and he took on opponents with speed and ease in a very unique and efficient way that has never been replicated.

How many of these great fighters were able to see fight? Which was your favorite?