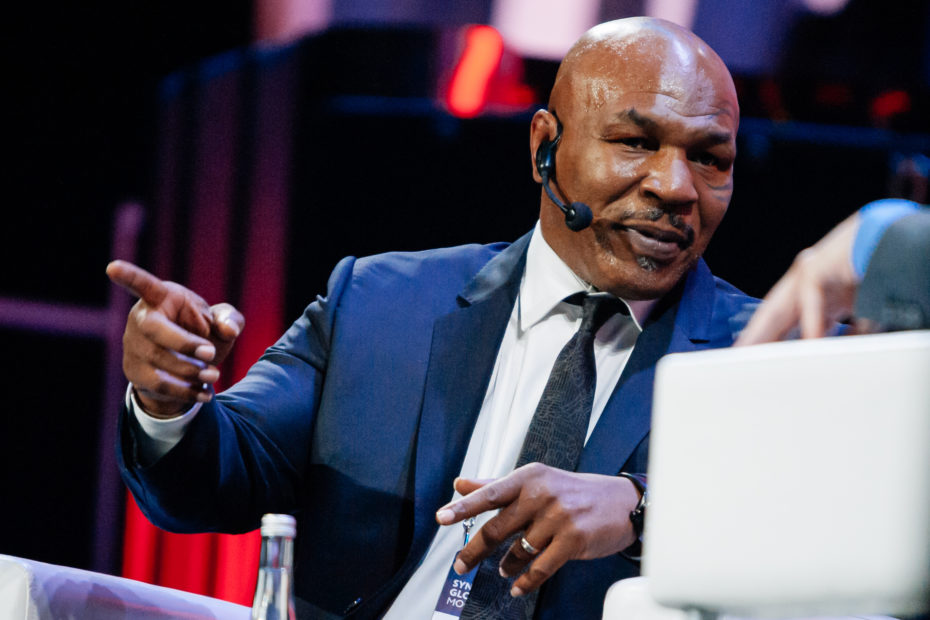 30 of the Best Nonfiction Sports Books

For the following list, we researched the best nonfiction sports books by studying the most widely read and cross-referencing those to the most well-reviewed on major platforms such as Goodreads and Amazon.

My Shot: Balancing It All and Standing Tall

My Shot: Balancing It All and Standing Tall is about Elena Delle Donne, one of the most decorated WNBA players to ever grace the court, and is written by Elena herself. Her life story begins with a history of childhood abuse, turning down a scholarship to one of the most impressive women’s basketball programs in the United States to stay near her disabled sister, and concludes with her journey to WNBA and Olympic fame and finding the bravery to be her authentic self.

Friday Night Lights: A Town, a Team, and a Dream

Socially and economically divided, the small town of Odessa, Texas has one thing in common among all of its citizens: the love for the Friday Night Lights. A nonfiction book filled to the brim with drama, inspiration, and brotherhood, Friday Night Lights is also a popular film.

The Mamba Mentality: How I Play

The Mamba Mentality: How I Play, written by legendary basketball player Kobe Bryant, takes the reader through the mind of one of the most intelligent and groundbreaking basketball players to ever be a part of the game. In this novel, one of the best non-fiction sports books, Kobe recognizes his abilities and life as a gift and takes on the obligation to share what he’s learned about basketball, perseverance, wisdom, and passion throughout his complicated life as an NBA superstar.

Seabiscuit, an American classic, tells the unbelievable story of an unlikely team that became the biggest headline in 1936. This team made up of a crooked-legged and short horse with a heart of fire, a crippled ex-boxer turned jockey, a mustang breaker from the plains of Colorado, and an automobile entrepreneur, remains one of the best nonfiction sports books to this day and holds impressive reviews across the many platforms it is sold on.

When Pride Still Mattered: A Life of Vince Lombardi

Vince Lombardi, one of the most successful football coaches of all time, was born into a family of immigrants, taught high school football for many years before finally catching his big break with the NFL at the ripe age of 46, where he had the opportunity to bring the Green Bay Packers out of the gutter. His coaching strategies, life story, and attitude changed the sport of football forever, and the amazing story of this high school football coach turned internationally recognized coaching prodigy makes this biography one of the best nonfiction sports books of all time.

Fierce: How Competing for Myself Changed Everything

Aly Raisman, one of the many world-class gymnasts to come forward about the abuse of USA Gymnastics trainer Larry Nassar, takes the reader through her humble beginnings of being an awkward kid who was bullied for her athletic body to the days after her Olympic success. In this nonfiction sports book, Aly shares the key to her success: positivity and love.

With the help of recognized journalist John Carlin, Rafael Nadal shares in this memoir what it takes to be the best and how he got there through hard work and determination.

Making Mavericks, now a major motion picture known as “Chasing Mavericks”, is written by Frosty Hesson, the mentor and close friend to late famed surfer Jay Moriarty. The story of how Frosty came to see himself in Jay, how their friendship evolved and affected both of their lives, and how one of the most passionate surfers in history came to be is definitely a story worth telling for generations, which lands it its spot on this list of best nonfiction sports books.

Mike Tyson, a one-time heavyweight champion and popular public figure, wrote this book himself. Growing up in the toughest areas of Brooklyn, Tyson grew to become the youngest heavyweight champion ever. After his big win, his life spiraled into a public downfall – this is the story of how Mike Tyson rose from the ashes to impact the world in many ways…not just inside the world of boxing.

When Nobody Was Watching: My Hard-Fought Journey to the Top of the Soccer World

This inspiring and uplifting memoir is about how one of the most celebrated athletes in US Women’s Soccer history worked her way to the top. In this encouraging story, Carli Lloyd emphasizes the importance of discipline and the habits we keep when nobody’s looking.

Michael Oher, one of thirteen children to an attentive and drug-addicted mother, is a huge and awkward high school teenager with a special talent for football. In this nonfiction sports book, Michael starts out as a sad and lonely teenager that can barely read but grows a bond with both an unlikely family and a sport that nourishes his soul and future.

Unstoppable: My Life So Far

This book revolves around the life of Wimbledon champion, Maria Sharapova. Her story begins as a small and poor child with big dreams playing tennis in the street with the concentration of a champion, and it doesn’t end with her 2004 upset against tennis superstar Serena Williams. Join the author for a trip through hard work, heartbreak, disappointment, and treasured victories.

Taking place in pre-war America, Fast Girls tells the story of three female athletes’ fight for respect from the 1930s athletic patriarchy. The dancing words, written by Elise Hooper, outline the lives of three women from different backgrounds and cultures, coming together to take their shot in the 1936 summer Olympic Games in Berlin, Germany.

Concussion, which is now a very popular film starring Will Smith, is the story of a pathologist who made significant discoveries about the link between football, brain damage, and violence after the startling death of one Hall of Famer.

Heaven is a Playground

In 1975, Rick Telander was working on a minor magazine article about the adolescent basketball gurus that inhabited Brooklyn’s, Foster Park. However, this magazine article quickly evolved into special friendships, difficult truths, and eventually one of the best nonfiction sports books to ever be written.

This book is written by Ronda Rousey, a judo and UFC expert who doubles as a Hollywood star. Rousey explains the trials and tribulations she has faced in her life – both in and out of the ring and gives the reader insight into how she has turned her worst days upside down.

This is the story of Tiger Woods: once an icon of fame, talent, and wealth, and his spiral toward a double life stained with betrayal, a fabled car crash, and immense pressure. This book is incredibly well researched and takes into account nearly 400 people from all corners of Tiger’s life, which places it on this list of the best nonfiction sports books.

Sharon, a Native American basketball player, struggles to remain psychologically well under the intense pressures that come with being an athlete and the hardships that come with the politics of reservations in this thought-provoking and inspiring underdog story.

When the Game Was Ours

When the Game Was Ours, one of the most popular nonfiction sports books of our time, focuses on the intense rivalry between Magic Johnson and Larry Bird, two of the most winningest NBA players of all time. Taking place in the 1980s, not long after the popular emergence of the NBA, this inspiring tale of competition and friendship is written in part by the two fabled players themselves.

Playing the Enemy: Nelson Mandela and the Game That Made a Nation

Playing the Enemy: Nelson Mandela and the Game That Made a Nation tells the story of the admirable public figure, Nelson Mandela, from his jail cell to the president’s office of South Africa, to uniting a divided nation under a single sports team.

The Girls: An All-American Town, a Predatory Doctor, and the Untold Story of the Gymnasts Who Brought Him Down

The Girls is the story of generations of gymnasts who passed through the manipulative hold of Larry Nassar at a small-town gym in Michigan. Abigail Pesta, an award-winning journalist, hits the nail on the head in this story of abuse, triumph, and the importance of speaking out against abuse.

The Horse God Built focuses on the relationship between one of America’s most famous racehorses, Secretariat, and his groomer, Eddie Sweat. Eddie’s early life struggles and superb horse behavior analysis abilities, along with how he became the closest human to the world’s most famous racehorse are highlighted in this nonfiction sports book.

Into Thin Air: A Personal Account of the Mount Everest Disaster

Into Thin Air is the tragic story of the May 1996 disaster that took the lives of several mountain climbers. Chronicled by Jon Krakauer, a journalist that was present at the event, Into Thin Air retains outstanding reviews above 4 stars by hundreds of thousands of readers.

The Boys in the Boat: Nine Americans and Their Epic Quest for Gold at the 1936 Berlin Olympics

Daniel James Brown tells the story of nine Americans who set out to win Hitler’s Olympics, defying all odds set against their individual lives, and bringing honor and glory to the US during a time of such fear and despair. This book is long and thoroughly researched (referencing many of the personal diaries of the nine men), making it one of the best nonfiction sports books.

Moneyball: The Art of Winning an Unfair Game

Moneyball: The Art of Winning an Unfair Game centers around the general manager of the Oakland A’s and his struggle to make a name for his small budget team in a league that revolves around money. He achieved success by analyzing statistics and utilizing affordable yet effective players, such as young and cheap players or old and wise players. This book is filled with memorable characters, and intricacies behind the MLB that the public rarely gets to see, which is why many people consider it to be one of the best nonfiction sports books of all time.

The National Team, written by Caitlin Murray, reviews the long and difficult history of the USWNT, from their conception in the 1980s, chronicled all the way to the 2019 World Cup. This nonfiction sports book is thoroughly researched, drawing from over 100 exclusive interviews with players and coaches.

Andre Agassi, one of the most beloved tennis players in the world, tells his story in full detail for the first time with the help of talented author J.R. Moehringer. From his troubled teen years as a young punk tennis pro to his epic return to success, Agassi outlines his life and various significant tennis matches in fine detail.

The American Basketball Association, though only lasting for 9 seasons, created the three-point shot, the San Antonio Spurs, and the slam dunk contest. Learn how the ABA inspired national entertainment and disapproval in this nonfiction sports book.

Known internationally as the best nonfiction book about hockey to ever be written, this masterpiece written by Ken Dryden, captures the value of hockey and how it interconnects all of the game’s players and fans in a cosmic way that can’t be matched. Dryden, a hockey player himself, gives personal and detailed recollections in this classic memoir.

Which of these sports books have you read?