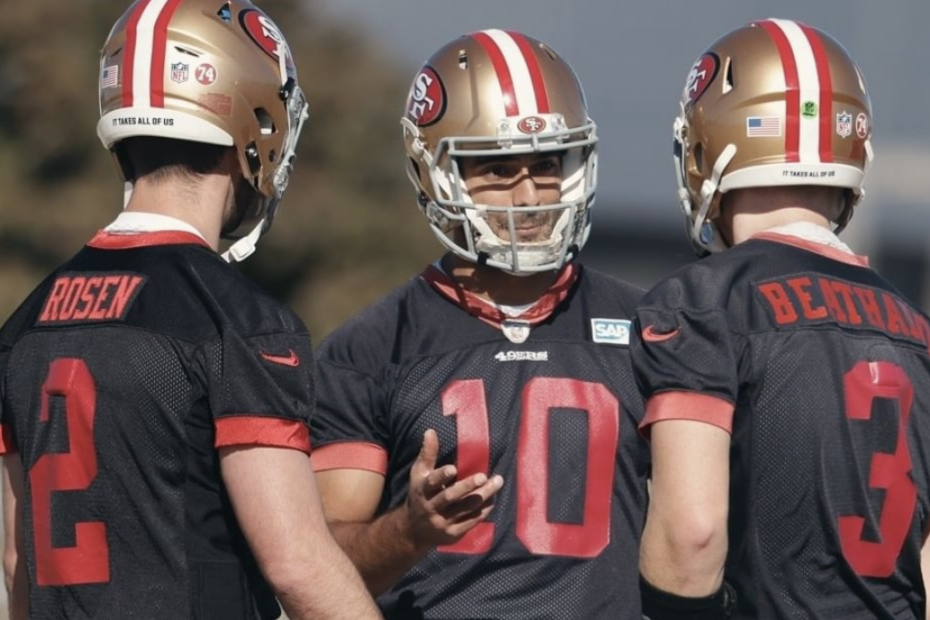 This past week has been a desperate time for the San Francisco 49ers, who at some points, were one injury away from not having a quarterback.

The 49ers quarterback saga began on November 1st, when starting quarterback, Jimmy Garropollo, injured his ankle in a game against the Seahawks. No problem, that’s what backups are for.

Backup quarterback, Nick Mullens, then was put in to play, finishing the game and starting all of the Niners other games up until last Sunday, when Mullens suffered an injury to his elbow at the end of the 49ers loss to the Cowboys. Mullens will most likely need Tommy John surgery, a surgery common among baseball players, that will almost definitely have him out for the next year. Either way, NFL teams do not only carry two quarterbacks, most, like the 49ers, have at least 3, and usually 4.

3rd stringer, CJ Beathard, will be the next quarterback to step up to the plate for the injury ridden Niners, but the question was, if he were to go down, who would be up next.

As mentioned previously, most NFL teams have 4 quarterbacks, 3 on the main roster and 1 on the practice squad, however 49ers practice squad quarterback, Josh Johnson, was just recently put on the 49ers COVID reserve list, after testing positive for the virus. This meant that if Mullens were to get injured, the Niners would not have a quarterback.

RELATED: Tony Dungy Puts Debate On Tom Brady And QB’s To Rest: ‘This Is Actually Old News…There’s No Way To Rank Players From Different Eras As To Who Is Better..It’s All Subjective’

Usually, a team in this position would sign a quarterback “off the street”, either someone who was in the NFL but is not currently, or someone who is playing in a different football league. However with COVID-19, players need to go through a 6 day testing period before they can be added to a team’s roster, which is 6 days more then you want to spend without a quarterback.

This left the 49ers with 2 options: Trade for a quarterback, or sign one off another team’s practice squad, neither of which are easy tasks. The Niners were not going to want to make a trade for a 4th string quarterback that would probably not even get off the bench, so they signed one from a practice squad, and they ended up signing a big name.

Josh Rosen, is a former 10th overall pick who has struggled in his first few years in the NFL. After being drafted by the Arizona Cardinals in 2018, Rosen went to the Miami Dolphins, and up until last week, he was on the Tampa Bay Buccaneers. Rosen made a big decision coming to San Francisco, as he turned down a playoff bonus to fly across the country in order to try to prove himself in the eyes of the NFL.

51 quarterbacks have thrown over 400 passes since 2017, and both Josh Rosen and CJ Beathard are among them. However of those 51, Beathard ranks 48th in passer rating (77.2), and Rosen ranks 50th (63.5). Hopefully, at least one of these quarterbacks can turn things around for himself and put up some good numbers during the end of this season.