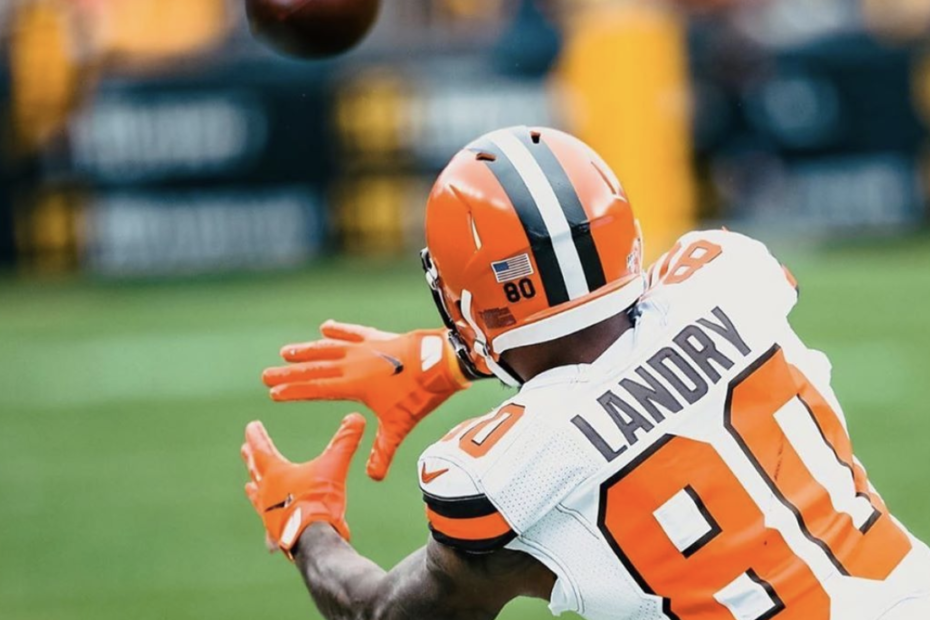 Many NFL stars over the past 5 years have been drafted much later than players who wound up being busts. Here are some of the biggest stars who have been passed up from the 2014-2019 NFL Drafts.

Jarvis Landry has played second fiddle to Odell Beckham Jr. throughout his football career, and the 2014 NFL Draft was no different. While Beckham was drafted by the Giants at the 12th overall pick behind Sammy Watkins and Mike Evans, Landry fell all the way to the second to last pick of the second round of the draft.

The 2014 wide receiver class was a fantastic one, including the four aforementioned receivers along with Davante Adams, but Landry fell way further on the draft board than he should have. While he was arguably the third-best receiver in his class, Landry was the 9th wide receiver taken in the NFL Draft. One of the best receivers in the league today was taken behind forgetful receivers like Marqise Lee and Jordan Matthews. The Dolphins got a true steal in Jarvis Landry.

My jaw dropped when I found out that Tyreek Hill was picked in the second half of the 5th round in the 2016 NFL Draft. One of the fastest players and best receivers in the league was drafted way later than he should have been. Though he is by far the second most successful wide receiver from the 2016 NFL Draft, Hill was the 18th selected receiver.. Hill was picked after players even the most avid football watchers don’t remember, such as Leonte Carroo, Ricardo Louis, and Braxton Miller.

The only other receiver from this draft that was better than Hill is Michael Thomas. Thomas was surprisingly picked sixth among wide receivers when he definitely should have been the first drafted among wide receivers. The 2016 draft was riddled with busts in the receiver category, but both the Saints and Chiefs got gems in Thomas and Hill.

RELATED: Is The NFL Season Getting Pushed Back?

These last two years, Mahomes has been the League MVP and Super Bowl MVP and has established himself as the best passer in the league. Meanwhile, Trubisky has thrown 48 Touchdowns and a shameful 29 interceptions. The Bears missed a generational talent in Mahomes who will pay dividends for the Chiefs in the years to come.

It seems every time in a primetime game featuring the Ravens the commentators will mention at least once how Lamar Jackson was the fifth quarterback picked in the first round of the 2018 NFL Draft. Things seemed grim fo Jackson’s first-round hopes when the Eagles were on the clock with the final pick of night one of the draft. Out of nowhere, the Ravens picked up Joe Flacco’s successor, Jackson, surprising fans from Baltimore and across the whole country.

Jackson would be retiring general manager, Ozzie Newsome’s parting gift to the Ravens, as the young quarterback has a regular-season record of 19-3 and became the 2019 NFL MVP.

Though they are not all bad, the four quarterbacks taken before Jackson are definitely inferior to the Florida native. Josh Allen is actually a pretty adept passer who has a bright future with the Bills ahead of him. Baker Mayfield has his moments, but he should be considered okay at best and mediocre at worst. Sam Darnold hasn’t seen the field much due to various injuries, but he hasn’t quite shined when he has been healthy. Meanwhile, Josh Rosen is practically out of the league after being replaced by Kyler Murray in Arizona and then again by Tua Tagovailoa in Miami.

Lamar definitely has a college-style of play that many were unsure would translate to the NFL. Still, it is hard to believe the reigning NFL MVP was only the fifth picked quarterback in his draft class.

JuJu Smith-Schuster is one of the most electrifying and entertaining wide receivers in the league today, so many NFL fans are surprised when they find out Smith-Schuster was taken at the end of the second round of the 2017 NFL Draft.