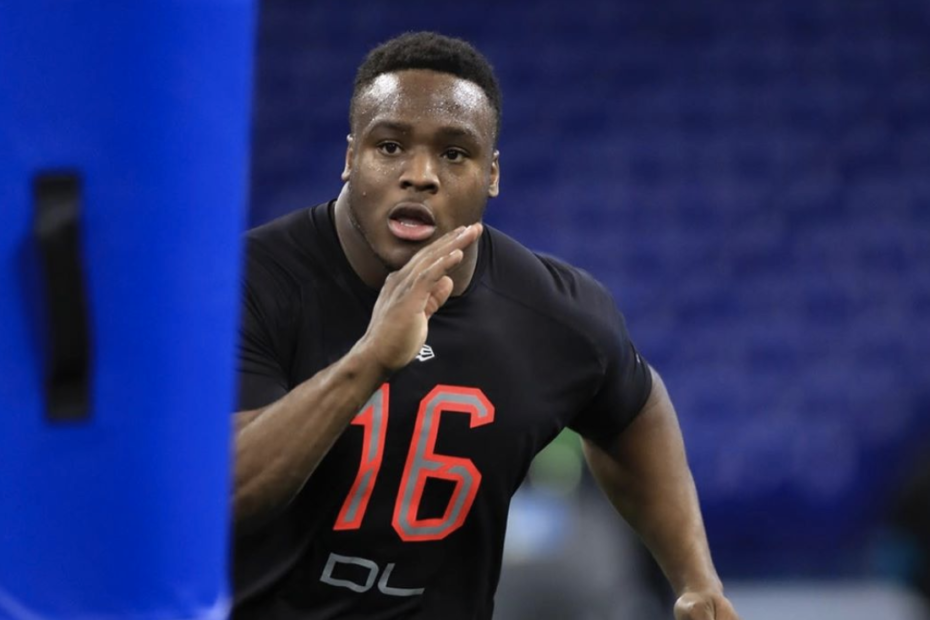 8 Great Steals From the NFL Draft

8 Great Steals From the NFL Draft

The Giants should be commended for their success in this year’s NFL draft. After embarrassing themselves last year by drafting Daniel Jones at the sixth pick when he could have fallen until at least the end of the first round, the Giants did a fantastic job at drafting players at a great value.

The most impressive of the Giants’ picks was safety Xavier McKinney at the fourth pick in the second round. New York was beyond lucky that no teams were interested in safeties in the first round, letting McKinney fall to the second round. McKinney was by far the best safety in the draft.

McKinney has a fantastic football IQ, and he is incredible at reading the field. Not only does McKinney have fantastic vision on the field, but he’s an incredible athlete who is also a great tackler. McKinney was an exceptional defensive leader for Alabama, and he could very well bring some leadership to a lackluster New York defense. As one of the top defensive prospects in the entire draft, McKinney is an absolute steal in the second round.

Ranked second best at his position and the 36th best prospect overall by ESPN, many had Zack Baun possibly going in the first round. However, many were surprised when Baun fell all the way to the third round. Though they only had four picks, almost all of the Saints’ picks were incredibly thoughtful and well-timed.

Baun is a relentless pass rusher who almost never has trouble getting to the quarterback. Baun had 15 sacks and 30.5 tackles for a loss in his 34 games with Wisconsin. Baun is usually used as a pass rusher, but the 235lb linebacker is not too bad at pass coverage either. The former Badger had two interceptions and four passes defended in his college career.

With his tenacious pass-rushing, Baun could have a very proficient career in the NFL. After being ranked as one of the best linebackers in the draft, New Orleans should be extremely grateful that Baun fell all the way to their second pick early in the third round.

Eric DeCosta continues to prove himself as one of the best general managers in the entire NFL. The Ravens got a steal when they picked up former Texas A&M defensive tackle, Justin Madubuike.

Madubuike was rated the fourth-best defensive tackle and 40th overall prospect by ESPN heading into the draft. Madubuike also had ESPN draft analyst Mel Kiper Jr. singing his praises, saying that Madubuike should be considered the best prospect at defensive tackle. It is only fitting that one of Kiper’s top prospects goes to his hometown team, the Baltimore Ravens.

Madubuike is fantastic at stopping the run and has great closing speed. Madubuike seems to be another weapon for the Ravens’ juggernaut defense.

Jake Fromm doesn’t get nearly as much credit as he is due. Fromm led the Georgia Bulldogs to an SEC conference championship and a National Championship loss back in 2017. With Fromm, Georgia was always in the fray for an SEC Championship.

Due to Fromm’s prior success, it’s bizarre that seven quarterbacks went before him, especially when at least three of them probably shouldn’t have. It might be difficult for Fromm to do too much in the Bills’ organization, considering Josh Allen is on the rise; however, should there be an injury, Fromm may get a chance in Buffalo.

Though he is a little undersized for a quarterback, and he doesn’t have too strong an arm, Fromm has incredible accuracy and a quick release. It’s almost insulting that Fromm lasted all the way until the fifth round and that Jalen Hurts, Jacob Eason, and James Morgan all went before him.

The Buffalo Bills stole Fromm at the 167th pick especially considering the inevitable chip on his shoulder from being drafted so late.

The Boise State alumnus is a well-built tackle at 6’ 6” and 311lbs who has fantastic footwork for his size. Cleveland wrestled in high school and has exceptional upper-body strength as a result. Not only does he help protect against the rush, but Cleveland is also great at blocking linebackers downfield on running plays.

There were many great offensive tackles in this year’s draft, so naturally, at least a couple would be steals for their value. Nevertheless, Cleveland was a great value pick at 58 and a steal for the Minnesota Vikings.

The Chiefs baffled many NFL fans by drafting Clyde Edwards-Helaire as the first running back off the board with the final pick in the first round. The confusion ensued as J.K. Dobbins, ranked second-best among running backs and 27th overall by ESPN was the fifth running back drafted.

Dobbins was drafted by the Baltimore Ravens with the 23rd pick in the second round. Dobbins is elusive in the open field and is a downhill runner. Dobbins has no trouble breaking tackles and running through tacklers.

Dobbins was an odd choice for the run-heavy Ravens, as they already have a solid running corps of Mark Ingram II, Gus Edwards, and Justice Hill. However, Dobbins can do nothing but help, and he may make this Ravens offense somehow even harder to stop.

Though they didn’t have the best spots to pick from, the Dallas Cowboys managed to have some great value picks. It’s almost ridiculous that Dallas was able to draft arguably the best wide receiver in the draft, CeeDee Lamb, with the 18th pick.

Tyler Biadasz was another one of the Cowboys’ high value picks. According to ESPN, Biadasz was the 3rd best center in the draft and the 89th best overall prospect. Biadasz can be used interchangeably as a guard and a center. Biadasz is great at pass blocking though he is not terribly athletic. Consequentially, Biadasz is not a great run blocker and has difficulty climbing to the second level.

Nevertheless, with great receivers like Amari Cooper and CeeDee Lamb, Dak Prescott will be able to pass more comfortably with Biadasz blocking for him.

The Auburn alumnus weighs in at 6’ 5” and 305lbs. Though he has a large frame and is quick off the snap, Wanogho is not a very good second-lever blocker, and he lunges too much. He is quite large; however,  he has below-average athleticism. It would definitely behoove the Philadelphia Eagles to move Wanogho over to guard as a player with such a large frame, and below-average athleticism.

Nevertheless, Wanogho has great potential, and the Eagles should be very pleased with themselves for nabbing him.