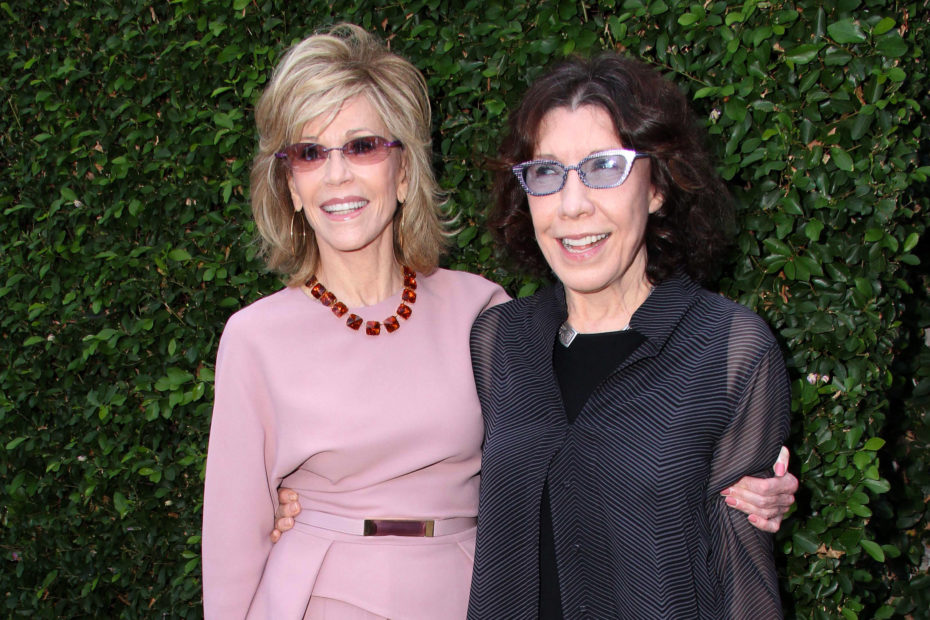 The trailer for the upcoming movie “80 For Brady”, which stars iconic actresses, Jane Fonda and Lily Tomlin, was recently released and it is absolutely to die for.

With Rita Moreno, Sally Field, and the quarterback himself all making appearances, the film is surely deemed to have a star-studded cast. Rob Gronkowski and celebrity chef Guy Fieri are also expected to make cameos.

Excitingly, the movie gave Brady the opportunity to reunite with his former teammate. Speaking of sharing the set with Gronkowski, the 45-year-old athlete relayed, “We’ve been part of a lot of battles together…We’ve never been on a movie set together, but it felt like we were back in the locker room when we were there. Anytime I get my friends involved in things that I’m doing, it makes it that much more enjoyable for me.”

“They had amazing attention to detail, even matching old team locker room photos to make sure we were recreating the scenes exactly as they were,” Brady continued. The movie, which is also being produced by the quarterback, reportedly did a great job of “keeping everything as authentic as possible.”

Tom Brady admits that acting as himself had its challenges

When discussing transitioning from his role as a professional football player to an actor, Brady noted a significant difference between the two professions. “I find it challenging — sometimes hard,” he admitted, according to PEOPLE. “Because you’re always paying attention to yourself as yourself rather than the character you’re playing. I don’t think that’s natural for me.”

The trailer displays the four elderly women, played by Sally Field, Jane Fonda, Lily Tomlin, and Rita Moreno, making the ultimate decision to see their favorite athlete during the Super Bowl. “Let’s go to the Super Bowl,” Tomlin suggests before adding the sentiments, “This could be Tom’s last one. He’s almost 40. That’s like 80 in people years.”

However, Fonda proceeds to point out, “We’re 80 in people years.”

Fonda additionally spoke very highly of the quarterback when discussing sharing the screen with him. Paying him a compliment, the Academy Award-winning actress stated, “He was so sweet and generous and, could it be possible — humble?”

When Tomlin discussed working with the Tampa Bay Buccaneers player, she described him more as a child. “He looks like a big, beautiful 20-year-old whom I’m going to see play homecoming in his sophomore year. He’s actually 40ish, which is a bit mind-boggling; he’s the quarterback, and he is my son,” she said of Brady.