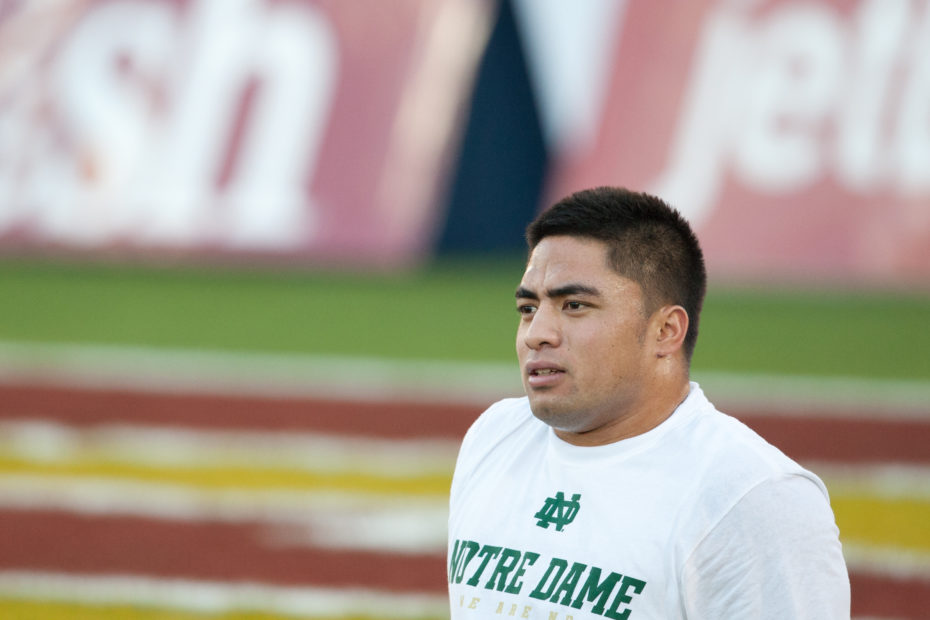 A Deep Dive Into the Story of Manti Te’o, 31, the College Athlete Whose Dead Girlfriend Didn’t Exist

In the early 2010s, Notre Dame’s linebacker Manti Te’o made a legacy that extended beyond his talent on the football field: he became known as the 21-year-old who fell victim to catfishing.

On September 11th, 2012, Te’o shared with media outlets that his girlfriend Lennay Kekua, who survived a car accident only 8 months prior, tragically passed away from leukemia.

Despite the harrowing incident, he never missed a football game and went on to win eight national awards, including a Heisman Trophy nomination. Throughout all this time, he dedicated his practice to his lost love. The problem? Lennay Kekua never existed.

The early 2010s marked a unique time in our culture. Internet usage was becoming more and more apparent in everyday society, but users had not yet developed a deep understanding of just how powerful the internet is. This included the idea of catfishing, the process of creating a fictional online persona in an attempt to coax another individual.

The average person was under the impression that being catfished was an impossible reality; besides the people who appear on MTV’s hit show Catfish, the chances of becoming a victim of a fictional online persona were slim to none. Catfish, a show that largely popularized this internet phenomenon, typically showcased individuals who were lonely and took refuge on the internet, connecting to others with similar interests without having to meet said people face to face.

However, Te’o provided that anyone could become a victim. The star athlete’s status as a catfish victim caused him to go viral practically overnight after reporters Timothy Burke and Jack Dickey of the sports blog Deadspin received a tip that Lennay did not exist.

“Manti had been the victim of what appears to be a hoax in which someone using the fictitious name Lennay Kekua apparently ingratiated herself with Manti and then conspired with others to lead him to believe she had tragically died of leukemia,” Notre Dame said in a statement after it was revealed that the linebacker’s girlfriend was actually a person named Ronaiah Tuiasosopo (now Naya Tuiasosopo).

RELATED: Kendall Jenner Spotted With Devin Booker, Despite Supposedly Breaking Up 2 Months Ago

Te’o quickly became the subject of online torment with countless strangers publically denouncing him through memes and jokes.

He went through life after this incident trying to repress and ignore the trauma that being catfished caused. Te’o focused on his career and went on to have a successful career in the NFL for 7 seasons. Throughout his professional career, his catfish victimhood was something he never planned on addressing. Until now…

Untold, a sports documentary series published on Netflix, showcases Te’o’s experience navigating life after receiving the life-shattering news that his girlfriend never existed. For him, the torture is worth it if he can let other victims feel less alone.