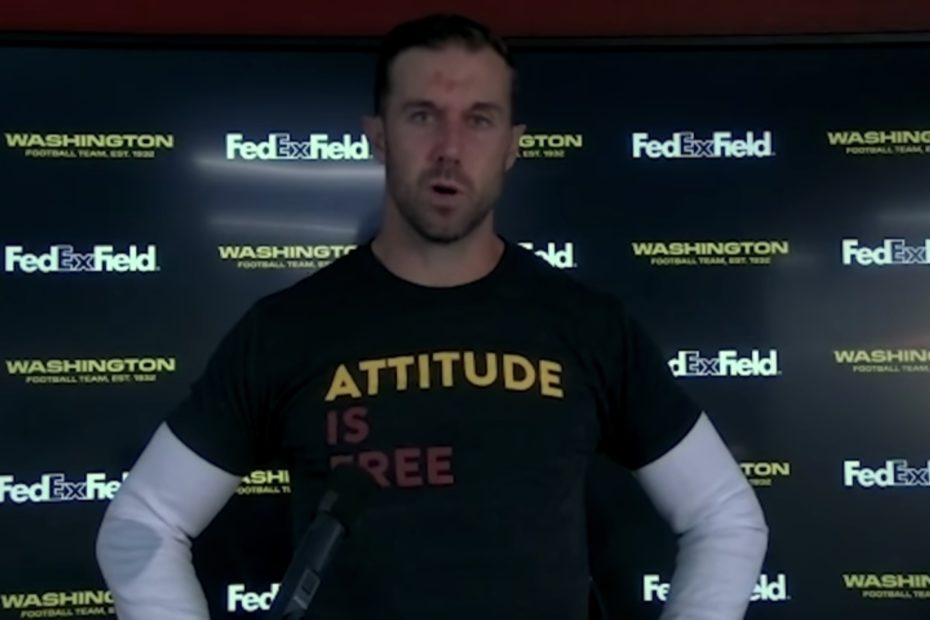 On November 18, 2018, Alex Smith suffered a major injury that many considered career-ending.

Almost exactly two years later to the day, on November 15, 2020, the Pro Bowl quarterback will be starting for the first time since the injury.

Against all odds, Smith, has made an incredible comeback and was named the starting quarterback for Sunday’s game against the Detroit Lions according to Around The NFL.

Smith’s injury was very serious as his “right leg had been shattered in two places, with bone having pierced the skin in a compound fracture” according to The Washington Post. After much rehab and 17 surgeries per The Washington Post, Smith’s story is a remarkable comeback one.

Smith is getting his old job back. The quarterback is thankful and said he’s going to make the most of it.

It’s been a whirlwind and after the game Sunday, he didn’t even have time to think about putting into perspective being an NFL starting quarterback again.

“To be honest, I guess not even thinking about that,” Smith said. “I mean, for me, I’m enjoying so much every single day going. And I feel like I’ve continued to progress and continued to get better. I’m so thankful for that. For me, now this is another step. Obviously, I’m incredibly bummed for Kyle. You never want to see that. I feel like he has a bright future ahead of him. But, for me, going full steam ahead. I’m not thinking about any of that other stuff, gonna run with this opportunity. I’m so thankful for it. I’m going to make the most of it.”

Unfortunately, Smith got the start because of another brutal injury. Washington’s starter this season, Kyle Allen, had to be carted off during this past Sunday’s game due to a dislocated ankle, according to the NFL Network.

Allen will need surgery on his ankle and, per NFL Network Insider Ian Rapoport, will be out for the rest of the season.

“All of a sudden you see them bring out the air cast and the cart, I know that routine well,” Smith said. “Ton of emotions, I’m trying to lock it in (getting into the game) but obviously feeling for Kyle. As quarterbacks we spend a ton of time together and feeling for him at that point, not knowing what’s going on.”

We wish Allen all the very best in his recovery, as we’re sure Smith is as well, knowing exactly what his teammate is going through. They have each other now to lean on in that quarterback room to cheer each other on. One on his road to recovery and the other now on his long road from recovery.