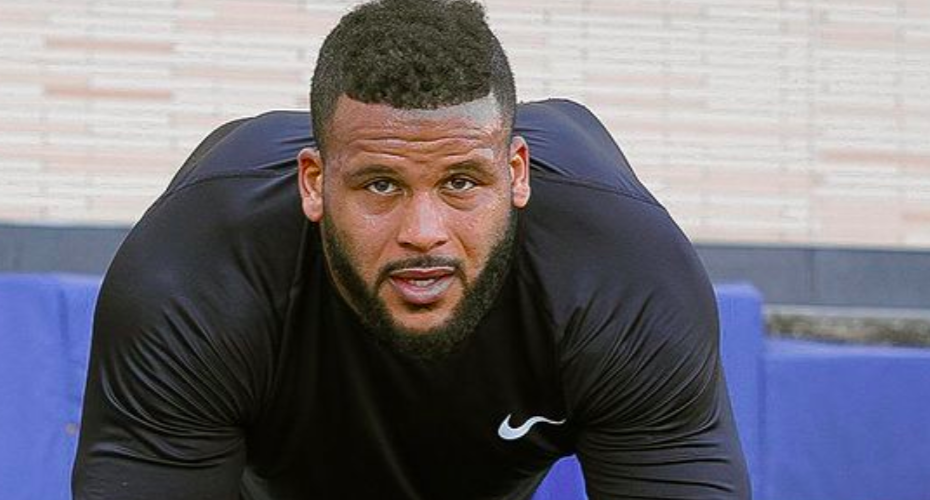 Report: Aaron Donald Reportedly Tried To Break Up A Fight In Pittsburgh

Aaron Donald reportedly is getting his name cleared after some serious assault accusations against him.

RELATED: LA Rams Apparently Salty About Tom Brady’s Pass, Catch, Then Completed Pass Play Against Them As They Reportedly Request A Rule Change

According to KDKA CBS Pittsburgh Channel 2’s Bryant Reed, the “man who accused Aaron Donald of assault…offers (an) apology to (Donald). The man now says he mistook someone else for Donald during a fight (in Pittsburgh).”

Donald was born in Pittsburgh, played college football at the University of Pittsburgh, and has a foundation: The “AD99 Solutions Foundation aims to change the trajectory of Pittsburgh’s underprivileged youth” (per the foundation’s Instagram bio).

It appears the seven-time Pro Bowler and six-time All-Pro Rams defensive lineman is spending some of his offseason in or near his hometown training and reportedly went to a Pittsburgh nightclub over a weekend where the incident took place.

Here’s the timeline of what transpired:

According to KDKA CBS Pittsburgh Channel 2, on April 14: “Attorney Todd Hollis provided a picture to KDKA’s Andy Sheehan of a man who appeared to have a swollen eye and cuts on his face and said that man would be pressing charges (against Aaron Donald)”.

Per KDKA: “Hollis says (De’Vincent) Spriggs, who is the man in the photo, is filing a complaint against Donald for an alleged assault in the overnight hours of last weekend, April 10-11. It allegedly happened between 3-4 a.m. at an after-hours club on the city’s South Side…Hollis said Donald allegedly beat up Spriggs, who was later treated and released at a local hospital. He is asking police to conduct a full investigation of the incident.”

Surveillance video was released as shared by WPXI’s Cara Sapida on Twitter:

ESPN’s Lindsey Thiry reported that: “Casey White, an attorney hired by Donald to represent him following allegations levied against him Wednesday, told ESPN that Spriggs swung a bottle at Donald that grazed his head as he ducked, before other people surrounding Donald stepped in.”

Thiry also mentioned that: “Attorney Todd J. Hollis said his client, (De’Vincent) Spriggs, needed 16 stitches and suffered a broken orbital bone, a broken nose, a concussion and a sprained or broken arm…According to Hollis, Spriggs accidentally bumped into Donald and an incident ensued inside the nightclub that caused both parties to be asked to leave. White said that Spriggs dug his elbow into Donald’s back, which Donald initially brushed off thinking it likely was someone he knew.”

According to KDKA: “Spriggs is now looking to apologize to (Donald). His attorney says his client mistook someone else for Donald during last weekend’s fight on Pittsburgh’s South Side.”

According to KDKA: “Surveillance video obtained by KDKA showed the fight that happened at the Boom Boom Room last Sunday morning. It shows Spriggs at the bottom of a pile being kicked and punched by a group of men. In the video, Aaron Donald is off to the side, shown a few seconds later coming over to the fight and can be seen pulling people away from Spriggs.”

“I wanted to make this statement public,” Attorney Todd Hollis said. “And to extend an apology to Aaron for what he’s gone through, but I clearly know this was not him.”

Here’s what Donald’s attorney had to say:

According to KDKA: “White told KDKA that he had an email from Pittsburgh Police saying, ‘I agree thus far there is no evidence from that video that shows Donald assaulting the victim, period.’…Police told KDKA they are still reviewing the video and other evidence and will not comment until the investigation is complete.”

We hope this case gets resolved the right way in due process and that Spriggs and everyone else involved in the fight has a healthy recovery.