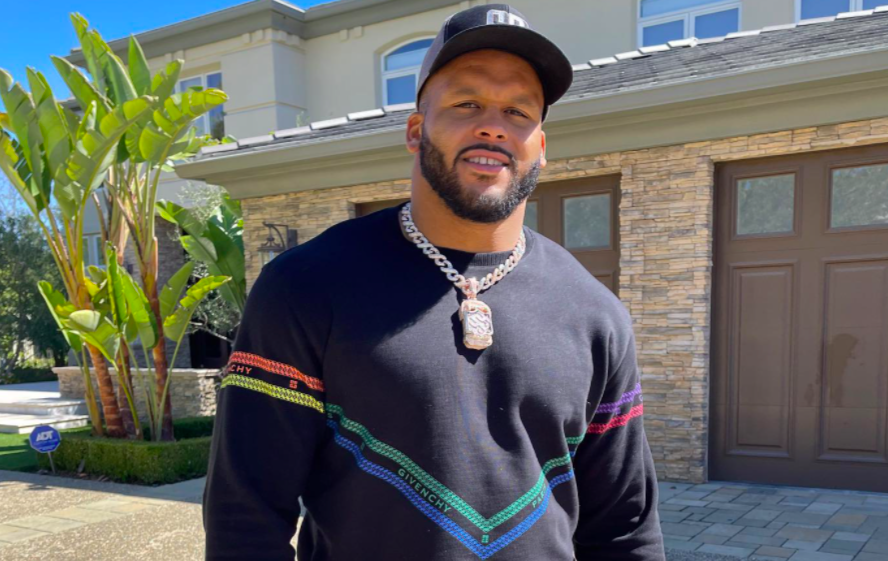 Super Bowl Champion Aaron Donald, 30, Reveals the REAL Reason He Might Be Retiring

Los Angeles Rams defensive player Aaron Donald announced that his time in the National Football League might be coming to a close before the next season begins.

Theories of the 30-year-old’s possible retirement began circulating prior to his Super Bowl win when he mentioned to NBC’s Rodney Harrison that there’s a “strong possibility” of him hanging up the jersey after the 2021-2022 season came to a close.

With talk of retirement, it is no surprise that fans began asking questions and demanding answers. So, while basking in the glory of his championship, he told Sports Illustrated that he is unsure what the future holds. “Honestly, you never know,” he said. “This could be my last year.”

But, this brings up the question: why? Donald is objectively at a prime age for his career and is in the midst of the biggest accomplishment a football player can have. To most people, retirement doesn’t seem practical, and feels like he is cutting his talent short. However, the defensive player opened up during his extensive interview with SI’s Greg Bishop about the truth behind the decision to potentially end his career.

“I’m thinking about my kids, first, always,” Donald shared. “People who know me understand why.”

Donald is the father of three children. While he resides in Southern California with his wife Erica and their six-month-old son, he also fathers two children that live over two-thousand miles away in Pittsburgh. Due to his demanding schedule, he often finds it hard to spend time with kids and thinks being able to see them year-round would be more beneficial.

Although Donald requested more leeway to be able to see his children, a flexible schedule did not fix the issue at hand. “When I came home, I just wasn’t myself,” he admitted. “If my kids’ situation is not in order, my world is not in order. Honestly, it has always been about [them].”

Although he could not give a definitive answer about his plans for next season, Donald did offer some possible options. While hanging up the jersey for good could happen, he also voiced that he may take a few seasons off and return to the NFL after some years have passed.

Between his demanding schedule and family life, the football star cites his wife as his reason for stability. “If it wasn’t for [Erica] I don’t know where I would be mentally,” Donald commented.