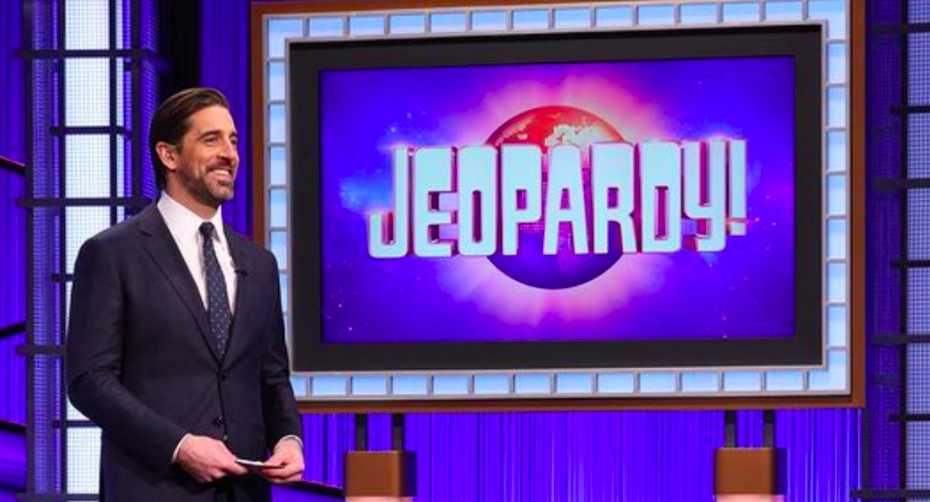 Aaron Rodgers Is A Guest Host On Jeopardy! Here’s What One Contestant Asked Rodgers In Hilarious Question About NFC Championship Game

Aaron Rodgers is your 2020 NFL MVP. The Green Bay Packers quarterback is also the latest guest host on Jeopardy!

A self-proclaimed “lifelong fan of Jeopardy!”, Rodgers said per the show that “it is an incredible honor to guest host”.

Though Rodgers is a Super Bowl champion, nine-time Pro Bowl selection, and three-time MVP, hosting Jeopardy! is seemingly up there for Aaron. The quarterback even called it a “#dreamjob2”.

“I’m hosting my favorite game show ever @jeopardy starting tonight for the next two weeks!!!” Rodgers said in an Instagram post. “💪🏼💪🏼🙌🏼🙌🏼 check your local listings for show times in your area #dreamjob2#alextrebekforever#turdferguson…”

“Now I’ve had the opportunity to do a lot of amazing things,” Rodgers said. “But winning Celebrity Jeopardy! and getting to share the stage with the legend Alex Trebek, is something I will never forget. Alex was such a gentleman, so smart, so precise, I was in awe. And I will work hard to honor his legacy.”

This is all also for a good cause, as Rodgers is again partnering with a non-profit organization he supports, the North Valley Community Fund (NVCF), giving back to small businesses in and near his hometown. The fund’s site states that “Rodgers, the Chico native…contributed $1 million to the fund to help small, locally owned businesses in Butte County. Eighty businesses received significant help in the first round of funding.” The fund also tweeted that “for two weeks…’Jeopardy!’ will match the winnings of all contestants and donate it to the Aaron Rodgers Small-Business COVID-19 Fund at NVCF”.

Run the tape. Here’s some highlights (not from Lambeau Field) but from when Rodgers was actually a contestant, as he mentioned, on Celebrity Jeopardy!:

Here’s the before moments, not in a locker room before a big game, but in what looks to be a green room before taking the stage to host:

Here’s a fun scouting report of Rodgers coming from a reputable Jeopardy! source (someone who would be a great Jeopardy! host scout who knows a thing or two about the show), Ken Jennings:

Here’s the situation of the field goal in question:

People on Twitter gave more context to the contestant’s question:

Here’s what the Packers quarterback had to say about that question after the show: