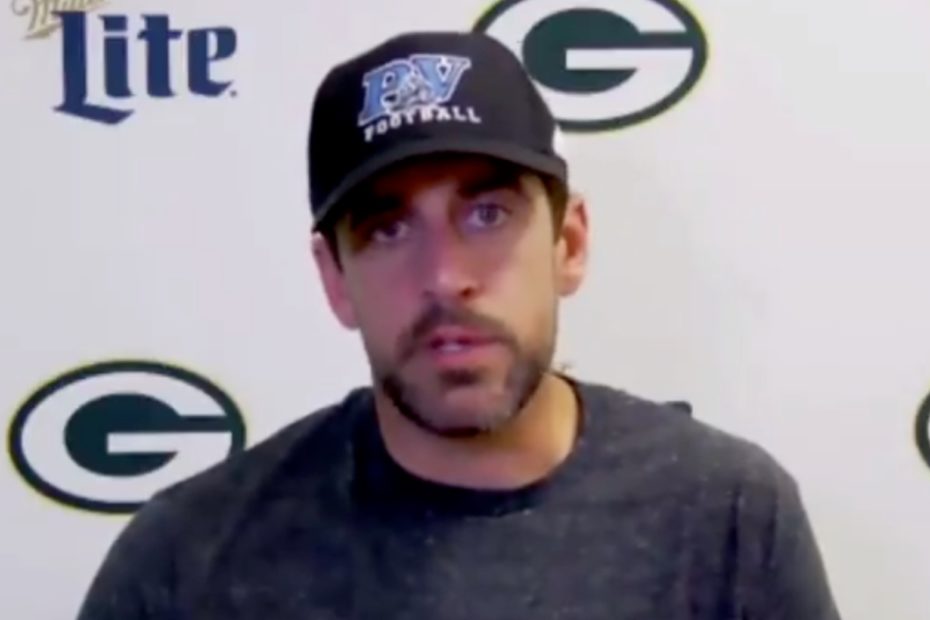 Aaron Rodgers Has Dak Prescott’s Back: “I Applaud Him” In Speaking Out About Mental Health

Aaron Rodgers Has Dak Prescott’s Back: “I Applaud Him” In Speaking Out About Mental Health

They may want to beat each other on the field, but off the field, Green Bay Packers quarterback Aaron Rodgers had a lot to say about Dallas Cowboys quarterback Dak Prescott when it came to Prescott opening up about the struggles he’s had with mental health.

It was a heartbreaking off-season for Dak Prescott, not only because of the pandemic but also because he lost one of his older brothers to suicide. As a result, the Dallas quarterback is now publicly reflecting on the legacy of his brother and encouraging others to share what they’re going through and the importance of being open and vulnerable.

RELATED: Dak Prescott Opens Up About His Older Brother Who Committed Suicide Earlier This Year Dak Prescott’s Brother Jace Passes Away at the age of 31

Several days after Prescott’s interview was made public, Rodgers applauded the 27-year-old for his vulnerability. On September 23, Packers beat writer Matt Schneidman asked the Packers quarterback about mental health and what he thinks “the value of people like him and Prescott talking about their headspace, happiness, and well-being has in destigmatizing talking about [mental health.]”

“I saw what Dak Prescott said, I applaud him, I think it’s phenomenal in speaking out because that’s true courage, that’s true strength, that’s not a weakness at all,” Rodgers said during the remote press conference.

As Rodgers continued, he said “there’s a weird stigma” around asking for help or admitting you’re struggling and having negative thoughts about yourself that have caused people to see it as a sign of weakness. Rodgers realizes that it’s the complete opposite; getting help and being open about your mental health is actually a sign of strength.

“I think strength is taking care of yourself and taking care of your mind, and understanding how important your thoughts are because they become things, and understanding how important positivity is and your attitude. Waking up each day with the right focus, the right mindset, and taking the time to be quiet during the day, whether it’s 5 minutes, 10 minutes, an hour, and still your mind. Allow your brain to rewire itself and change the outlook of the cells in your body. Get them to get out of protection mode and into growth mode.”

According to the National Institute of Mental Health, in the United States, “nearly one in five U.S. adults live with a mental illness.” This is not just a professional athlete issue, this is an everyone issue. Prescott and Rodgers are among those who understand that.

“I applaud Dak Prescott,” Rodgers said. “It’s a beautiful thing when people start talking about it…We have the same struggles, the same issues, the same desires to grow and change and to see things in a better, positive light that so many people out there do…the more that we can connect with people, especially on conversations like this…I think the better our society can be moving forward…a society built on love and positivity.”

Brick-by-brick, that stigma when it comes to people, especially men, opening up about their struggles with mental health is being torn down. And brick-by-brick, restoration, healing, growth, and change can happen internally and mentally when we all support what each other is going through and recognizing the importance of raising awareness of mental health.