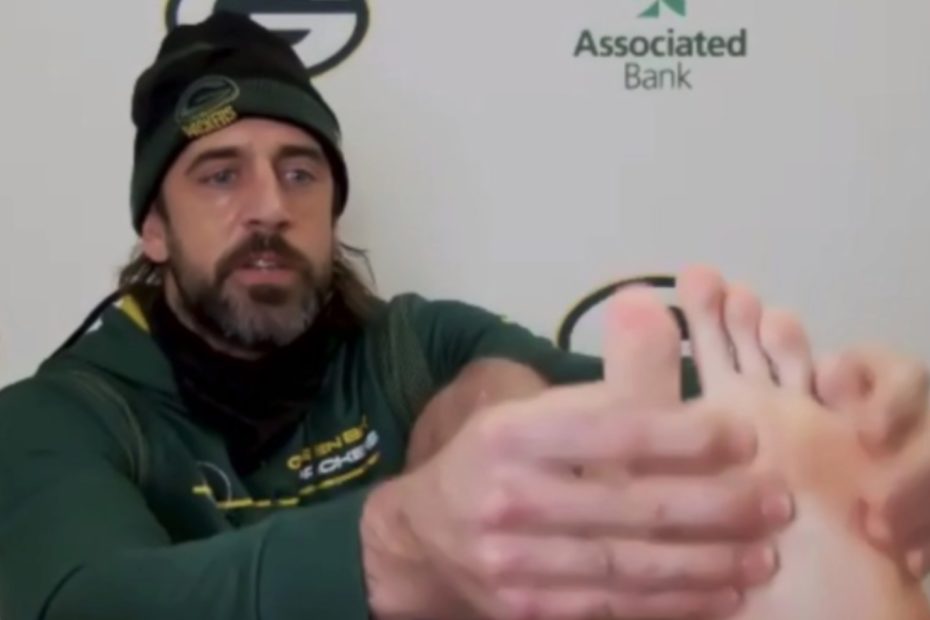 Green Bay Packers quarterback Aaron Rodgers denies having what is known as “COVID toe” in a recent interview.

The 37-year-old athlete made an appearance on the Pat McAfee Show in which he said he was suffering from a condition called “COVID toe” – the condition is defined as a lingering side effect from COVID-19 that has to do with lesions on toes or fingers. The condition is very painful and can last weeks or months.

Rodgers initially tested positive for COVID-19 last month, which in turn left him the subject of scrutiny due to his vaccination status. Despite claiming he was immunized, he admitted that he had never received a vaccination shot. He then went on to abide by NFL policy and quarantine himself as to not infect the rest of his teammates.

When people began to further question this recovery status after he stated that he was grappling with COVID toe, Rodgers admitted that he was just joking. Rather than suffering from toe injury related to his COVID diagnosis, he was dealing with a much more simple injury: a toe fracture that would take a few weeks to heal.

“I can’t believe I have to come on here and talk about my medical information, but yeah, I have a fractured toe,” he stated during a press conference. He added, “I’ve never heard of a COVID toe before. I have no lesions on my feet. It’s just a classic case of disinformation.”

Rodgers even flashed his bare feet on camera to show that there were no lesions, proving during the conference that he did not have a COVID side effect that dealt with his toes.

He described the injury as being “more painful than turf toe” which consequently led NFL fans to be concerned and ask more questions. Yet, Rodgers was very adamant that he has no reason to disclose his personal medical information to the public.

“Naturally I’m leading people to understand that if it’s worse than turf toe, there’s some sort of bone issue,” the football star commented. He went on to include, “I’ve already talked enough on this show about my medical status. I have given you enough information at this point. I have a toe injury that’s not going away, and I’m going to be dealing with it for at least the next few weeks.”