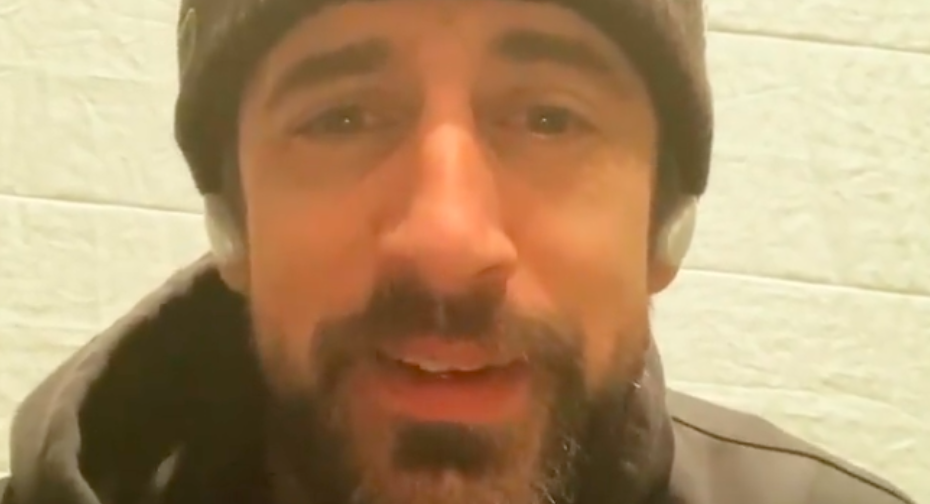 Aaron Rodgers is known for escaping pressure from the pocket on the field and now he’s helping relieve some pressure for dozens of businesses in and near his hometown.

RELATED: Aaron Rodgers Has Dak Prescott’s Back: “I Applaud Him” In Speaking Out About Mental Health

Rodgers is a Chico, California native. Chico (a population of around 103,301 according to the 2019 U.S. Census Bureau) is in Butte County, which is located in northern California. Now, 80 “locally owned small businesses in Butte County will receive substantial financial help from the Aaron Rodgers Small-Business COVID-19 Fund at North Valley Community Foundation (NVCF)” according to a NVCF press release.

The 80 restaurants and retail shops will get grants “to help cover rent for, on average, three months or longer and/or other operation costs. The grants will total more than $1 million” per NVCF.

NVCF stated that “Nine of the business owners were notified personally by Rodgers and NVCF President and CEO Alexa Benson-Valavanis in video calls. They include Kona’s, Pueblito 2, AcaTaco, Great Harvest Bread Co., Naked Lounge, Cal Java Esplanade, The Bookstore and Smokin’ Mo’s — all in Chico — as well as Nic’s Restaurant in Paradise”.

“Small, locally owned businesses are the heart and soul of a community,” said Rodgers via NVCF. “In the applications and the videos, it was heart-wrenching to hear about all the obstacles facing restaurants and retail establishments. So many of them are struggling just to stay in business but remain hopeful that there’s an end to this.”

“The fund was started with a $500,000 donation from Aaron Rodgers, the Chico native who is a three-time NFL Most Valuable Player. After seeing the need, Rodgers decided to increase his donation to $1 million. It was augmented by $100,000 from NVCF, an anonymous donation of $100,000 and a generous donation from Sherry and Gary Holbrook of Holbrook’s Clearance Center…(Rodgers) has been a valuable contributor to his hometown for years but especially stepped up after the Camp Fire ravaged Butte County in November 2018. He donated $1 million to Camp Fire recovery through a fund at NVCF that eventually raised more than $3 million as his fans and business partners like State Farm got on board. Rodgers was a founding member of the Butte Strong Fund along with NVCF and Sierra Nevada Brewing Co. The Butte Strong Fund and other Camp Fire funds have granted $37 million for fire relief and recovery. Rodgers also has been involved in coronavirus and North Complex Fire relief efforts.”

“He is such a champion for his hometown,” Benson-Valavanis said via NVCF.

“Aaron is such an incredible person. He looked at everything, decided he wanted to do more, and doubled down on his original $500,000 commitment,” said Benson-Valavanis per NVCF.

“Hey everyone, I have partnered once again with @northvalleycf to make a difference in Northern California, especially Butte County,” Rodgers said in an Instagram post. “We have raised money to support small businesses who have been greatly affected by the pandemic and the rules and regulations put in place in California. In truth, I was greatly inspired by @stoolpresidente…and what they have done with @barstoolfund and wanted to continue the incredibly impactful work they have been doing, where I grew up. 💪🏼 I will be posting videos for the next few days of some of the businesses we will be supporting with this fund, hope you enjoy! To donate, or learn more about what we are doing, please click on the link in my bio.
#spreadlove#northvalleycommunityfoundation❤️”.

Here’s small business owners receiving the news from Rodgers that they received a grant:

Rodgers posted multiple businesses he helped out, including a bookstore, restaurants, coffee shops, and a bakery.

One of them was “Smokin’ Mo’s” in Chico.

“One of my favorite spots in downtown, Smokin’ Mo’s barbecue restaurant was started by Scott McLeod and his wife, Jill, 19 years ago in downtown Chico,” Rodgers said in an Instagram post. “They have added a food trailer for takeout food in an effort to make ends meet while indoor dining is prohibited. @northvalleycf#smallbusinessfund#spreadlove❤️”.

“That’s amazing,” McLeod said on the video call with Rodgers and Benson-Valavanis. “Can’t tell you how much we appreciate that…it’s been a crazy year. I’m blessed with a great wife to help me, we lean on each other…we make a good team.”

McLeod ad Rodgers also talked about all the regulations California has put in place and the changes associated with the rules, such as having restaurants at limited capacity outdoor dining to outdoor dining being prohibited to take-out only.

“I feel like I’m in a boxing match…it’s a duck…chucking…jabbing…punching and we’ve been doing the same thing for 20 years…it’s like reinventing the wheel every month…” McLeod said. “But, on behalf of myself, my staff, my wife, we can’t thank you enough. We appreciate all you’re doing, for everyone. It’s good to see you out there and just doing your thing, so appreciate it.”

Rodgers also told McLeod he’d stop by when he was back in town.

For a deeper dive into the restaurant regulations throughout this year and 2020, The Wall Street Journal’s Ruth Simon and Philip Cheung profiles some LA-area restaurants and how they have been affected by the regulations, along with stating the reasoning for having regulations by officials.

According to NVCF: “NVCF has mobilized more than $2.2 million in grants for coronavirus relief through various funds. Restaurants and retail businesses with 20 or fewer full-time equivalent employees could apply for help through the Aaron Rodgers Small-Business COVID-19 Fund. Businesses from throughout the county are represented in the grants.”

If you’d like to help support the fund to support Butte County small businesses, you can do so at NVCF’s website here.