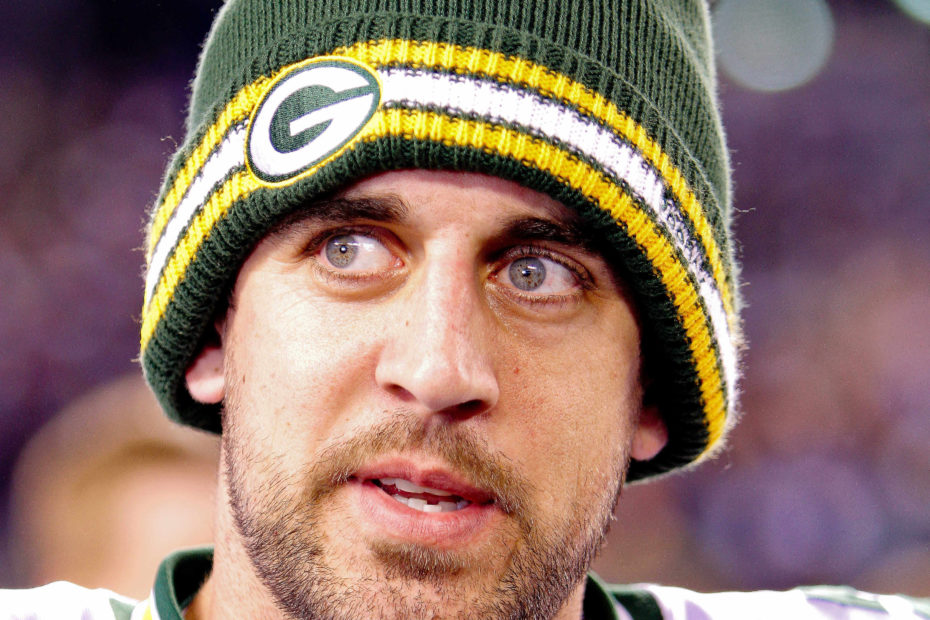 “When the president of the United States says, ‘This is a pandemic of the unvaccinated,’ it’s because [of] him and his constituents,” the football player said during an interview with ESPN. The interview was conducted prior to the Green Bay Packers losing 10-13 against the San Francisco 49ers during Saturday’s playoff game.

Rodgers then went on to critique the president and question how he obtained the popular vote. “I don’t know how there are any if you watch any of his attempts at public speaking — but I guess he got 81 million votes,” the quarterback relayed.

However, the rant did not stop with the White House. Rodgers continued his stream of consciousness and began discussing the CDC.

“When you say stuff like that, and then you have the CDC, which — how do you even trust them — but then they come out and talk about 75% of the COVID deaths have at least four comorbidities,” he continued. “And you still have this fake White House set saying that this is the pandemic of the unvaccinated. That’s not helping the conversation.”

Does Aaron Rodgers plan on staying with the Green Bay Packers

Rodgers has faced backlash throughout the season in regards to his COVID-19 stance, particularly when he misled the public about being vaccinated. Despite the large controversy that has surrounded him this season, the Green Bay Packers head coach still has hopes that the quarterback will remain with the Wisconsin-based team.

As of now, his future with Green Bay remains unknown. After the season wrapped up, little information has been spoken about how he plans to proceed within the NFL.

“I want to be respectful of his process,” LaFleur commented in relation to Rodgers’ career. “Whatever he needs to go through to make the best decision for himself, and certainly we would love for him to be a Packer and be a Packer to the day he decides to retire.”

LaFleur also pushed the narrative, “I just want to do everything in our power to try to get him back here and making sure he’s comfortable with the direction of our football team and confident that we can continue to have success here, and try to find a way to get us kind of over that hump so we can reach further and further and further.”