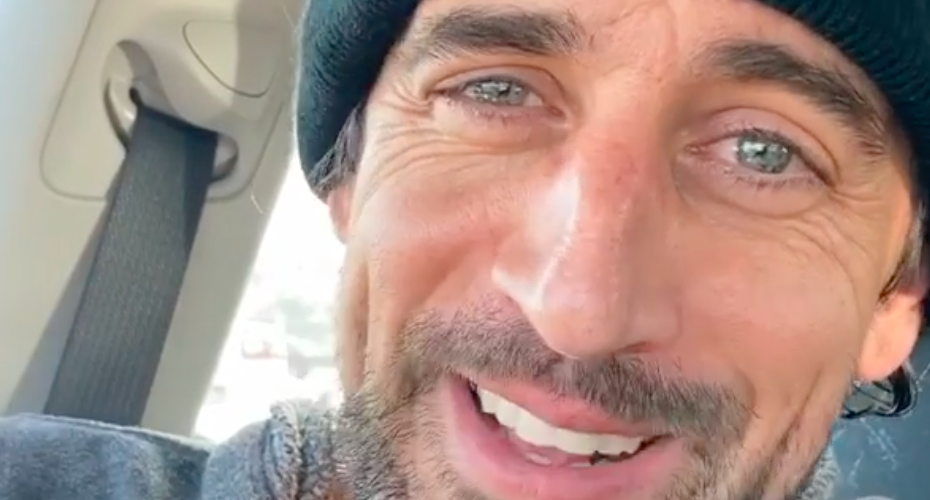 In an interview with Aaron Rodgers, the Packers quarterback made it a point to share how much he respects and enjoys Kenny Mayne, long-time ESPN’s SportsCenter anchor, while they talked about their friendship among other topics.

One of those topics, of course, was what’s going on with Rodgers and the Green Bay Packers.

“My situation has never been about the draft pick, picking Jordan [Love],” Rodgers ‘said when asked if he wanted to be traded’ per People’s Jason Duaine Hahn. “I love Jordan. He’s a great kid. A lot of fun to work together. I love the coaching staff, love my teammates, love the fan base in Green Bay. Incredible, incredible 16 years…It’s just kind of about a philosophy, and maybe forgetting it is about the people that make the thing go. It’s about character, it’s about culture, it’s about doing things the right way.”

RELATED: What Former Packers Players, Including Brett Farve, Are Saying About the Aaron Rodgers Situation

This “was the first public explanation for how the standoff between him and his team reached this point” per ESPN’s Rob Demovsky.

The ‘standoff’ seemingly was simmering and stemmed apparently even before the time people found out there was a problem in the first place. It was April 29, the first day of this year’s NFL Draft, when news broke that Rodgers was unhappy with the Packers. That day, ESPN’s Adam Schefter reported “Rodgers is so disgruntled with the Green Bay Packers that he has told some within the organization that he does not want to return to the team, league and team sources told ESPN…”

Schefter reported that “(t)he Packers are aware of his feelings, concerned about them and have had team president Mark Murphy, general manager Brian Gutekunst and head coach Matt LaFleur each fly out on separate trips to meet with Rodgers at various points this offseason, sources told ESPN.”

“A lot of this was put into motion last year, and the wrench was just kind of thrown into it when I won MVP and played the way I played last year,” he added. “So this is just kind of a spill out of all that, but it is about the people. That’s the most important thing.”

As much as the topic of Rodgers and the Packers was bound to be brought up, you could tell Rodgers wanted to be part of this special day for Mayne, giving him his flowers and props for how much he respects him.

Rodgers had touching tributes, from one quarterback to another (in the form of a sports anchor), as Rodgers mentioned growing up watching Mayne and how he changed the anchor game.

In the meantime, Rodgers has been, you know, guest hosting Jeopardy!, helping donate money to a cause he’s passionate about in his hometown by supporting local businesses, taking in the Kentucky Derby with his teammates, and planning on golfing against Tom Brady and Phil Mickelson with Bryson DeChambeau.