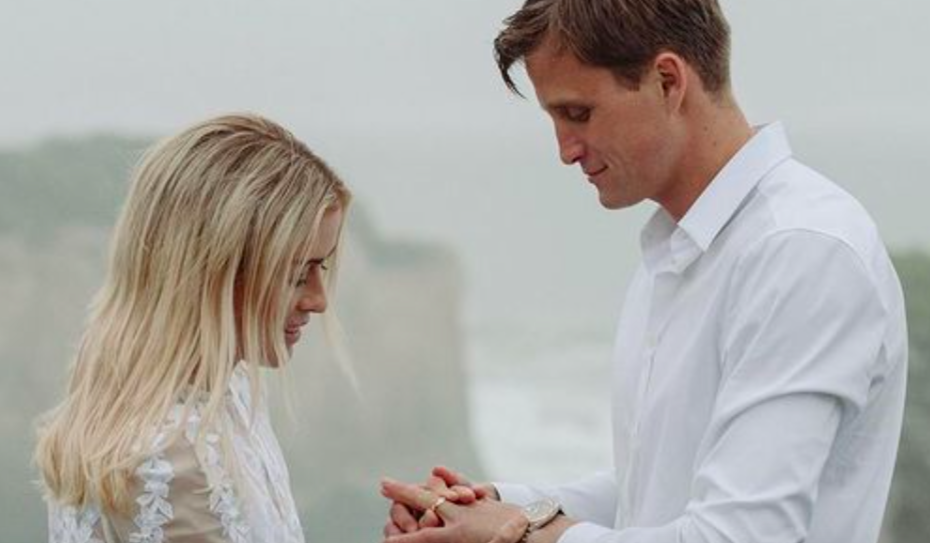 The Tokyo Olympics are fast approaching. And Abby Dahlkemper and the US Women’s National Soccer Team (USWNT) will look to defend its dominance getting to the gold medal podium.

As the team tries to defend their gold medal-winning, defending literally for this team on the soccer (futbol) pitch is defender Abby Dahlkemper.

The USWNT defender who also plays on Manchester City and previously “claimed three championships in her first four seasons in the NWSL including the ‘treble’: NWSL Shield, NWSL Championship and the ICC Championship with the North Carolina Courage in 2018” (per US Soccer).

It’s been quite the year for Dahlkemper. Not only is she suiting up to represent the US in the Olympics, she got married!

Her husband, Aaron Schoenfeld, is a forward with the MLS’ Austin FC who, according to MLS Soccer, previously played on “Minnesota FC” and previous to that on “Maccabi Tel Aviv, where he won an Israeli Premier League title in 2018-19”.

Schoenfeld posted these pictures earlier in the year:

In an exclusive with People per People’s Ale Russian, Russian reported that “Dahlkemper had her dream wedding just days before jetting off to get back to work.” Dahlkemper and Schoenfeld are used to being in a long-distance relationship.

With Schoenfeld spending time with “clubs all over the country and overseas,” that didn’t change even though the pair decided to get married earlier this year. Their wedding took place just “weeks after announcing they were engaged.”

“It was really hard,” Dahlkemper said to People. “I feel like getting married is just an extra bond and a deeper bond, so it was tough obviously, but we got through it. I’ve really been trying to stay present in my life and take it day-to-day. So yeah, we got through it and I’ve been able to see him now, so it’s been great.”

Dahlkemper also talked to People what marriage has been like so far!

“It’s been amazing,” Dahlkemper said to People. “Every day with him is just so easy. It’s so helpful to have the same career path and to know on a daily basis what we are doing, and emotionally and physically going through. So he’s not only obviously my husband, but he’s my best friend and it’s amazing. I’m really looking forward to our life together.”

The first match for Team USA at the Olympics is set for July 21 against Sweeden, according to FIFA. Whether they’ll be at a distance or not that day, I’m sure Schoenfeld will be supporting and cheering on his bride. The newlywed also has a game near that day, on July 23 against the Seattle Sounders. So, maybe Aaron will be watching from the Pacific Northwest.

Either way, the married couple is seemingly supporting each other through thick and thin, no matter the distance.