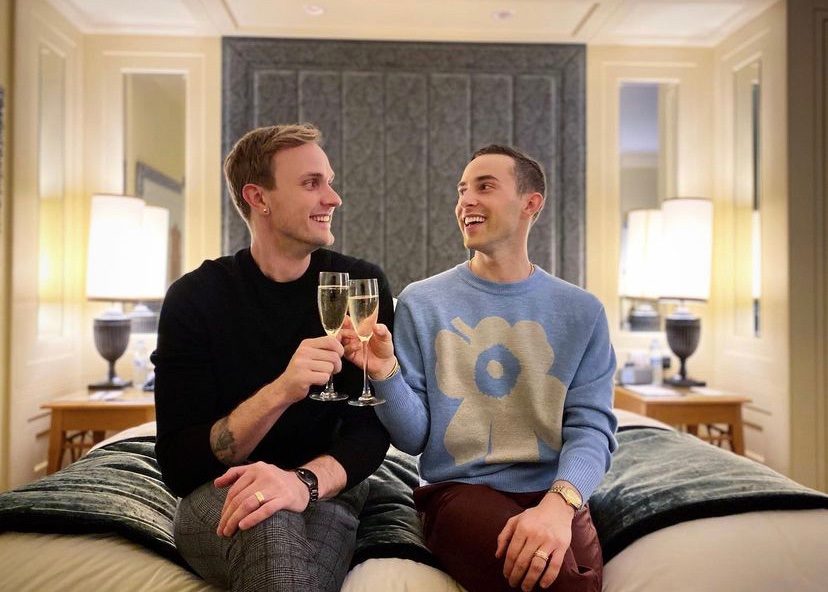 Not following the status quo of typical wedding days, Rippon, 32, and Kajaala, 34, decided to take matters into their own hands and add more flair to their special day. Instead of opting for usual formal wear, the newlyweds decided to wear outfits that could be worn to “Easter Sunday mass.”

“We did dress up, but nothing special. Like just nice stuff. We wanted to look like ourselves,” Kajaala shared, according to PEOPLE. Rippon, a former Olympic figure skater, further explained, “Yeah. We wore like what you would wear [to] the Easter Sunday mass.”

In addition, the couple relayed that they had hoped to have a quiet and tiny ceremony. While the special day was held on New Year’s Eve, they still remained true to their initial goal of a small wedding.

“We always wanted to do something simple and just the two of us,” the 32-year-old athlete stated. He went on to add that the process of orchestrating the ceremony included reaching out to California marriage officiants and finding the next available appointment.

“You reach out to [California marriage officiant] Maria and you ask Maria: ‘When is her next availability for a wedding?’ And she goes, ‘I have availability this week, but I also have something today,'” Rippon recalled.

He continued and remembered asking, “When is her next availability for a wedding?’ And she goes, ‘I have availability this week, but I also have something today.’ And so then I said, ‘Listen, Maria, we’re on our way.’ We’re going to be there for the one o’clock appointment in Encino, California, the happiest place on earth.’ “

After the quick ceremony, the couple admitted to being in bed before 11:00 PM, as if it were any other day. “We were in bed by 10:30, but we got home and got right to champagne immediately,” Rippon commented. “No excuses. Winners don’t quit champagne.”

The former figure skater also discussed in December of 2020 after his engagement why he loves his partner. “I’m excited to marry JP because he’s just the best,” Rippon said to PEOPLE. “He’s kind, he’s funny, and he’s just as beautiful on the inside as he is on the out (which is a lot). He’s my cheerleader and I’m his. I just love him a lot.”