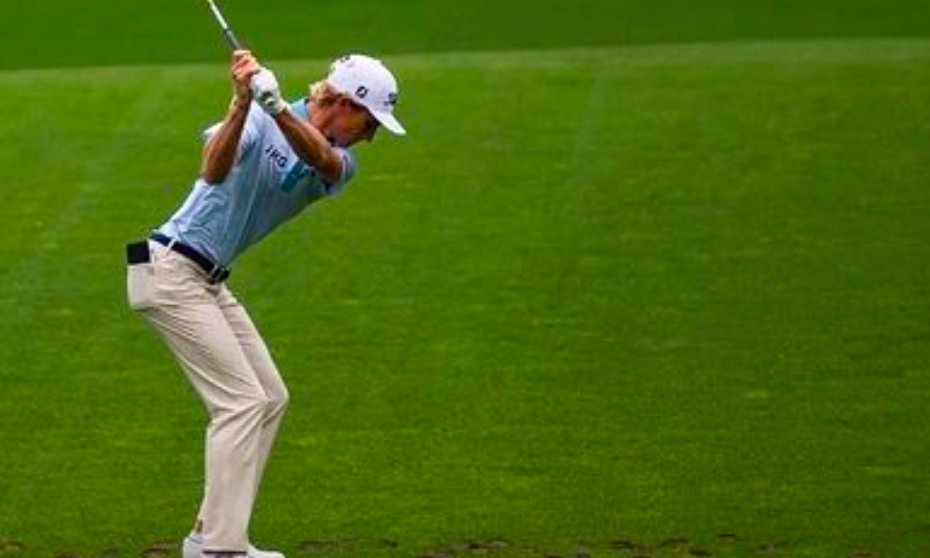 Will Zalatoris just came in second place at one of the most historic, prestigious golf tournaments ever, The Masters. And he was just one stroke behind to finish the tourney.

Yeah, let’s just say Zalatoris hasn’t just gone down this path to get to the PGA Tour but he’s made a grand entrance with this type of showing at the Masters.

Just this alone shows that as mentioned by the AP via the PGA Tour: “In April 2019, he finished 61st in an event called the Dormie Network Classic…In April 2021, he finished second at the Masters…”.

“It hasn’t sunk in,” Zalatoris said per the AP via the PGA Tour. “I think, if anything, it’s just the fact that I’m one shot short. It’s just kind of sitting right in front of me, thinking through where I could have found that one or two shots, really. That’s just golf every single week. You always think about those one or two…But like I said, the fact I put myself in contention and was able to handle it and be in the final group in my third major in my entire career is obviously really exciting…I can play with the best players in the world.”

One of those best players is none other than Happy Gilmore.

The character from the movie with the same name as the title that Adam Sandler played.

On April 10, here’s what GOLF.com tweeted via Titleist:

“Embracing, since a lot of people think I look like Mr. Gilmore’s caddy,” Zalatoris said per the Golf.com tweet via Titleist. “So, put that on my wedge.”

On April 11, here’s what Happy Gilmore himself (Sandler) tweeted:

“Have fun today young man,” Sandler said in the tweet. “Mr. Gilmore is watching you and very proud.”

Zalatoris would gladly be Gilmore’s caddie.

“If you’re ever in need of a caddie again let me know,” Zalatoris said retweeting Sandler. “I’ll be better this time. I’m always available for you, Mr. Gilmore.”

But, evidently, it’s not just Gilmore’s caddy as he’s supposedly also got comparisons to Owen Wilson, as well.