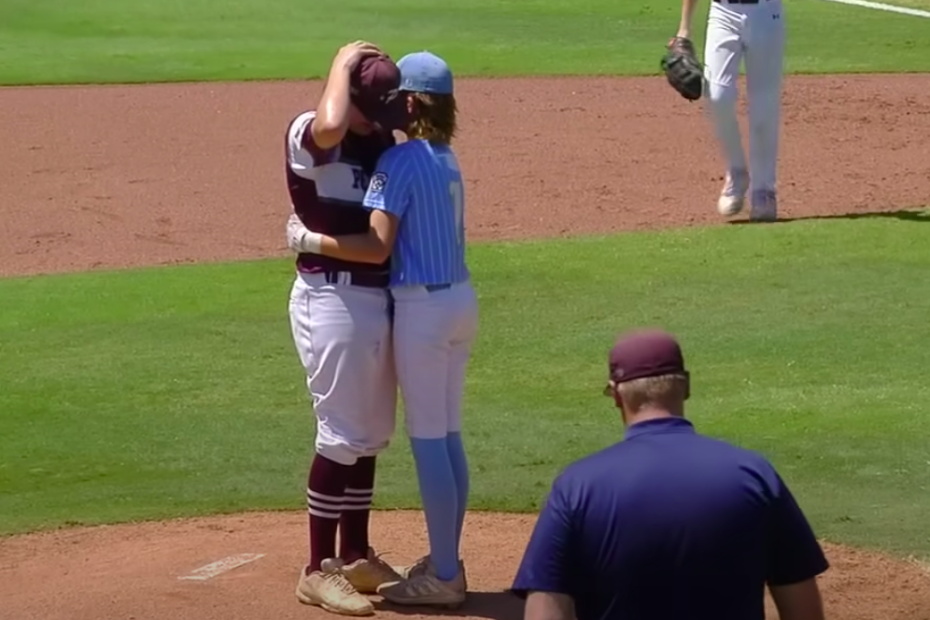 During the Little League Southwest Regional Playoff final, audience members were clenching their hearts as they witnessed two players exchanging a wholesome moment on the field.

Isaiah Jarvis, a batter for a little league team from Tulsa, Oklahoma, stepped up to the plate expecting the ordinary. However, when Kaiden Shelton, a pitcher for Texas East, lost control of the pitch, Jarvis ended up getting hit in the head with the baseball. Obviously started, he gripped his head and stumbled to the ground.

“I was shaken up because I’ve never been hit a ball that hard,” Isaiah admitted to NBC News’ host and correspondent Gadi Schwartz.

The pitcher also weighed in on the incident, recognizing that his opponent wanted to clear him of emotional distress. he shared, “We felt bad for each other. I felt bad for hurting him and he felt bad for when I was crying and he came and hugged me and made me feel better.”

Little League parents weigh in on the pitching fiasco

Not expecting his son to demonstrate such a heroic action during his little league final,  Austin Jarvis reported that he was extremely proud of his son. “It’s a high stakes game, and obviously it’s win or go home, and in that moment, that that was what came out of him, was to be a good person,” the father said. “I’m just overwhelmed with pride for for him.”

Melody Shelton, Kaiden’s mother also noted that the event was extremely nerve-wracking, but to see her child’s display of sportsmanship made it all worthwhile.

Oklahoma was ultimately defeated by the Texas-based team, which sent them all the way to Little League World Series in Williamsport, Pennsylvania.