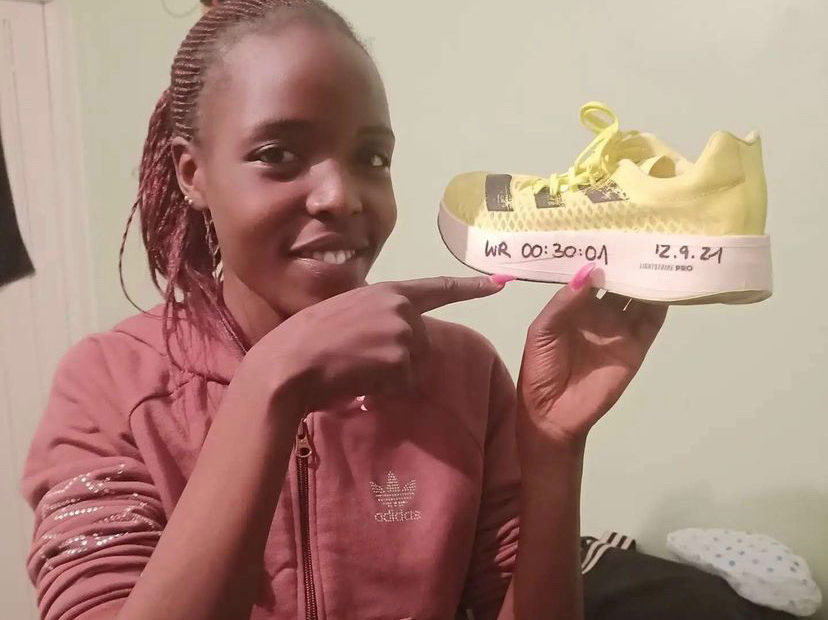 Kenyan track and field star Agnes Tirop was recently found dead in her home at the age of 25.

In her home Iten, a town in the Republic of Kenya, the two-time World Athletics Championships bronze medalist was found by police stabbed to death. Her body was found after her father reported her missing. As of right now, the case is an ongoing criminal investigation and her husband is the primary suspect in her murder.

“The suspect had made a call to Tirop’s parents saying that he’d committed something wrong. So we believe he knows what happened,” Tom Makori, head of the local police department, stated according to CNN.

“When [police] got in the house, they found Tirop on the bed and there was a pool of blood on the floor,” he continued to share in a statement. He then went on to add, “They saw she had been stabbed in the neck, which led us to believe it was a knife wound, and we believe that is what caused her death. Her husband is still at large, and preliminary investigations tell us her husband is a suspect because he cannot be found. Police are trying to find her husband so he can explain what happened to Tirop.”

On September 12th, the athlete broke the world record for the women’s 10K road race with an astonishing time of 30:01. In addition, she holds the 2015 cross-country world championships gold medal and also participated in the 2020 Tokyo Olympics. As an amazing performer, the country is devastated to learn about her passing.

RELATED: 20 of the Best Poker Players of All Time

“Athletics Kenya are distraught to learn about the untimely death of World 10,000m bronze medallist Agnes Tirop, “the athletics body of Kenya reported in a statement. They additionally included, “We are still working to unearth more details surrounding her demise. Kenya has lost a jewel who was one of the fastest-rising athletics giants on the international stage, thanks to her eye-catching performances on the track.”

World Athletics president Sebastian Coe was also devastated to hear the news of her passing. He went regarded her as one of the best athletes of our time, referring to her as one of the, “brightest young stars.”

“World cross country champion at just 19, Agnes Jebet Tirop burst on to the global scene in 2015 and has been one of the world’s best female distance runners over the past six years,” Coe shared in a statement. “This is a terrible blow to the entire athletics community, but especially to her family, her friends and Athletics Kenya and I send them all our most heartfelt condolences.”