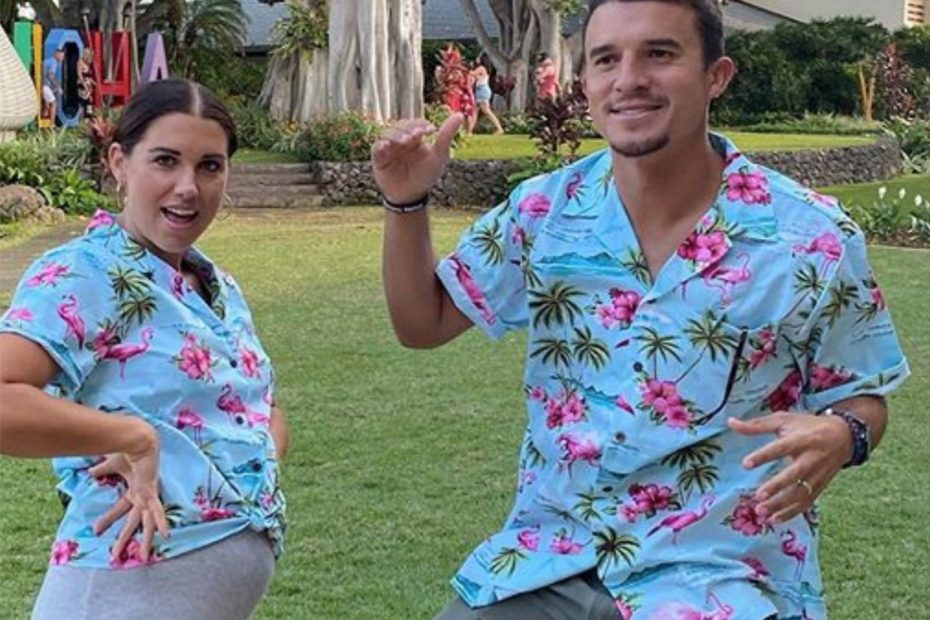 On May 7, soccer sensation Alex Morgan became a mom for the very first time. Morgan is best known for being a standout striker for the United States Women’s National Soccer Team since 2010.

Morgan is a two-time FIFA Women’s World Cup Champion, 2018’s US Soccer’s Female Player of the Year, and has two Olympic gold medals.

She currently plays for the Orlando Pride. However, on May 9, Morgan took to Instagram to share big news with her millions of fans.

Five-and-a-half years after marrying fellow professional soccer player, Servando Carrasco, the beautiful couple has welcomed a baby girl into the world. Morgan first announced she and her husband were expecting in October 2019.

YOU MAY ALSO LIKE: Carson Wentz Shares Good News Days After the Draft, He’s a Dad Now

At the time, Charlie Elena Carrasco’s due date was expected to be in April, but as Morgan wrote on Instagram “she made us wait longer than expected.”

“At 11:30 a.m. on May 7, weighing 8lbs 5oz, Charlie Elena Carrasco made her grand entrance into the world,” the proud new mom shared just before Mother’s Day. “She made us wait longer than expected, but I should have known she would do it her way and her way only. My super moon baby.”

Servando also took to his own Instagram account to share another photo of little Elena smiling up at her parents. “Charlie Elena Carrasco, we love you so much baby girl,” the new father proudly wrote before praising his wife for a job well done. “Alex, you’re such a warrior. 5/7/20 – best day of my life.”

Just two weeks before becoming a mom for the first time, Morgan took to social media to talk about how much the last nine months of her life have meant to her.

“I know it’s a weird thing to admit, but I’ve always wanted to be pregnant. I wasn’t sure about the whole mom thing, but pregnancy always looked so beautiful to me. It was a dream of mine, to feel my body change as a little human 100% depends on me for life.”

Morgan continued, “Some of the dream probably came from the fear of possibly not being able to have a healthy pregnancy, or from never having “my body” back. I think these fears inside of me ignited my passion of pregnancy even more. The last nine months have exceeded all hopes and expectations I had and then some.”

She then shared a message to all the other moms out there. “For all the pregnant (and postpartum) mommas, you are so beautiful. Each body, story, and journey is different and just as beautiful.”

Congratulations to the Carrasco family! And Happy Mother’s Day to all the fierce moms out there!