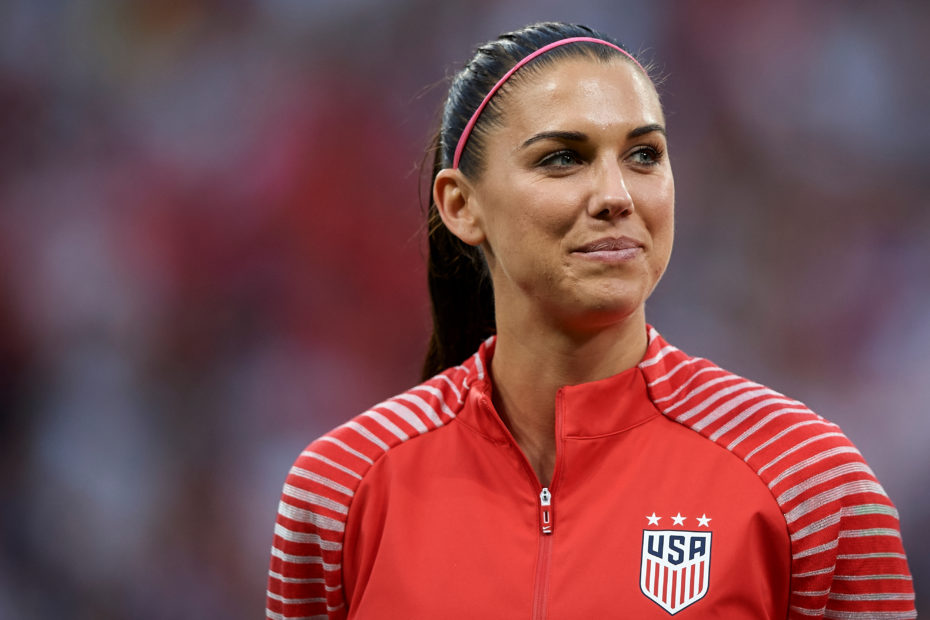 American soccer player, Alex Morgan, has returned to the United States fields after her time participating in the Tokyo Olympics. Representing Orlando Pride, the 32-year-old led her team to victory after her much-awaited come-back game.

Morgan suffered an injury to her calf during the Olympics which caused her to put a temporary pause on her return to the NWSL. However, her one-year-old daughter Charlie Elena was there to cheer her on from the sidelines upon arrival back.

“Taking ‘bring your kid to work day’ to a whole new level,” Morgan hilariously wrote in the caption of an Instagram post that showcased her child on the field. Alongside Morgan is Sydney Leroux, who was primarily responsible for Orlando’s offensive section while Morgan departed for the Olympics.

With the powerhouse Olympian gone, Orlando struggled to maintain goals and wins. However, after returning back to her home turf, the team was able to secure a 3-1 win against the Racing Louisville FC, which was only the second time they scored 3 goals all year. Despite only playing for a little less than 30-minutes, Morgan’s return was well needed and essential for the win.

Speaking on behalf of her future goals, the athlete commented, “The goal is to be 90 minutes by the game in Seattle. So I’m going to use the (upcoming) national team games to build fitness. Hopefully, I’m able to get into those a little bit more so I can build up my fitness, but I feel really good. My calf injury, I feel like, took a little bit longer than anticipated. But I wanted to make sure that I was 100%, not 95%. I didn’t want a setback because we only have six weeks left of the regular season, so every week is so important.”

RELATED: Derek Jeter’s Wife and Kids Make Rare Appearance as He is Welcomed Into the National Baseball Hall of Fame

Alex Morgan opens up about struggles of motherhood in relation to her career.

As a first-time mom, there are undoubtedly struggles that arise from needing to work and parent at the same time. Alongside an injury, getting back on her home field when thinking about her daughter was surely difficult. According to PEOPLE, the soccer player sat down and discussed some of the challenges that accompanied continuing her career while having a new daughter at home.

“It was really difficult coming back,” she shared. Morgan continued and explained, “Professional soccer aside, it was really hard being a first-time mom, I had to hear time and time again that I was going to be the same player when I came back from pregnancy. Giving birth and starting a family didn’t mean ending a career.”

The Orlando Pride player even admitted to not having all the answers as to what she was supposed to do when she brought little Charlie home from the hospital. She posed the question, “How am I gonna sleep the night before important games? How am I going to breastfeed at halftime because my boobs are hurting?”

Yet, Morgan seems to be on the right track for motherhood and has goals in mind for how she wants her daughter to grow up. She offered the sentiments, “I want her to see that she has no limits, that she feels fearless and like she can accomplish anything and everything and I want her to be proud of her mommy.”