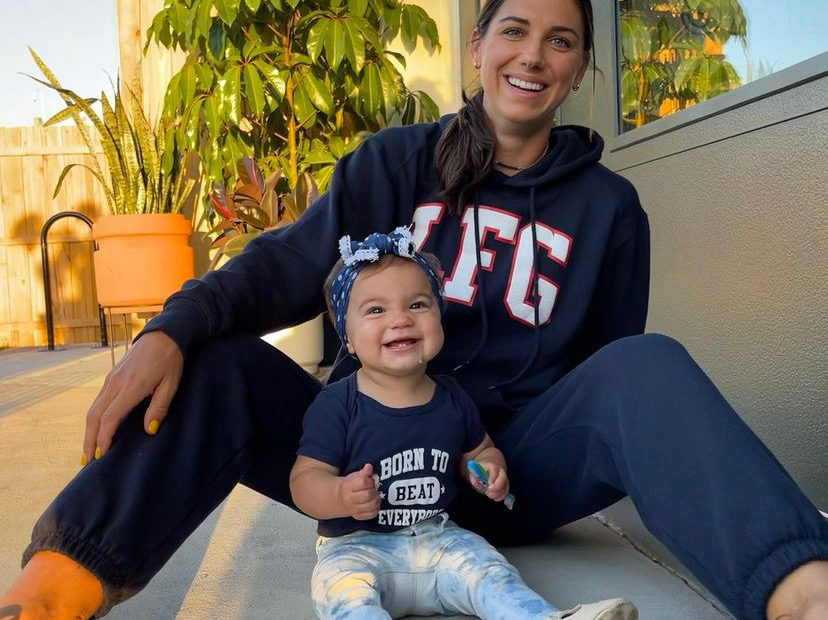 American soccer player, Alex Morgan, shared a post on Instagram in which she told the world that she would be missing her daughter during her time in Tokyo.

“I’m going to miss my baby girl so much this month,” said Morgan before promising, “Charlie girl, I’ll make it worth it! #tokyo2020.”

The comments are flooded with avid support from fans and mothers alike that know leaving behind a child can be incredibly upsetting. Hopefully, the words of encouragement will help the soccer player through this time.

At first, Morgan wasn’t sure whether or not to bring her child!

According to ESPN, the USWNT player was questioning whether or not she could bring her daughter overseas as of last week. Olympic Games organizers told reporters, “when necessary, nursing children will be able to accompany athletes to Japan.”

But, Morgan still tweeted out her confusion with the statement, “Still not sure what ‘when necessary’ even means. Is that determined by the mother or the IOC? We are Olympic mothers telling you, it is NECESSARY. I have not been contacted about being able to bring my daughter with me to Japan and we leave in 7 days.”

However, the soccer player’s recent Instagram post concluded that her daughter Charlie would not be joining her in Tokyo.

Morgan has been married to fellow American professional soccer player, Servando Carrasco, since 2014, and the couple announced the birth of their daughter last year in May via an Instagram post. Morgan wrote, “At 1130am on May 7 weighing 8lbs5oz, Charlie Elena Carrasco made her grand entrance into the world. She made us wait longer than expected, but I should have known she would do it her way and her way only. My super moon baby.”

Prior to the birth of her daughter, Morgan shared a pregnancy picture in which she discussed in depth her love of pregnancy. The athlete wrote, “I know it’s a weird thing to admit, but I’ve always wanted to be pregnant. I wasn’t sure about the whole mom thing, but pregnancy always looked so beautiful to me. It was a dream of mine, to feel my body change as a little human 100% depends on me for life.”

She additionally included, “The last nine months have exceeded all hopes and expectations I had and then some. For all the pregnant(and post-partum) mommas, you are so beautiful. Each body, story, and journey is different and just as beautiful.”

It has been over a year since the soccer duo brought their child into the world and since then, there have been many words of love directed at little Charlie. Although Morgan’s daughter will not be brought to Tokyo, undoubtedly she will be a motivator for Morgan’s Olympic Performance, which can be seen this month.