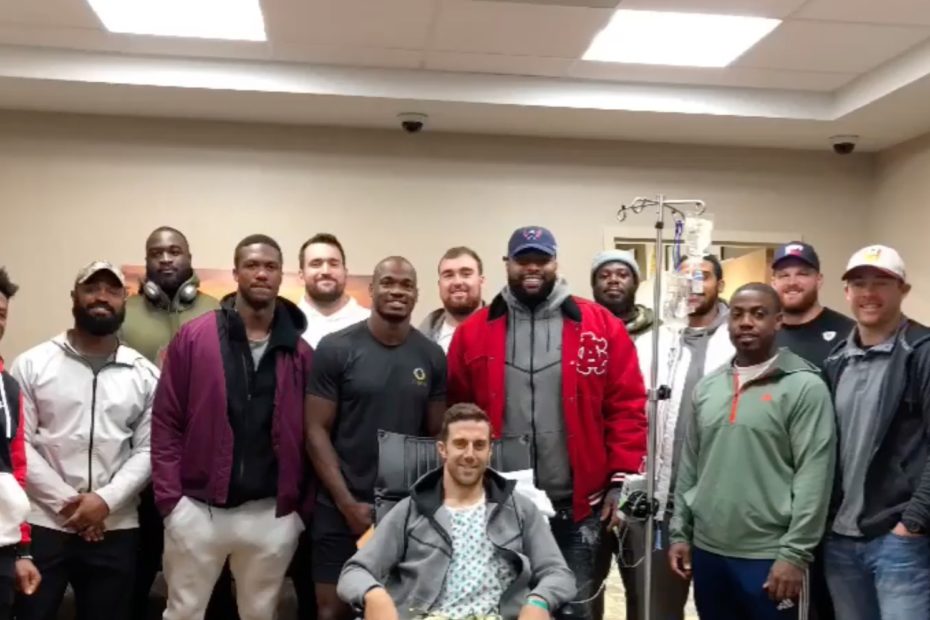 Quarterback Alex Smith is ready to get back onto the field and fight for his starting job back after he was cleared by his doctors to return. In November 2018, during a game against the Houston Texans, Smith got hit.

As a result of that hit, he broke his tibia and fibula. It was the type of injury that many believed he wouldn’t be able to come back from.

Since that day, Smith has undergone 17 surgeries, some of which nearly ended in amputation and death. As ESPN reported, no one thought Smith would be vying for his job again less than two years later. Yet, on August 16, Alex’s wife, Liz, shared this video on Instagram of the celebration when he got the OK.

“Hard work pays off!” Liz wrote along with a video of Smith being sprayed by the champagne. “Lots to celebrate in the Smith house tonight.”

Now, in one of his first interviews since getting the green light to start playing again, the quarterback admitted he has one more test to endure before feeling 100-percent ready to return. He still has to see if he can take a hit.

“I’ve thought that more than I can probably say. That’s been in the back of my head throughout this entire process. I’ve got to go out there and get hit; I’ve got to know that, obviously, my leg is strong enough to take it.”

Since August 17, when he was taken off the physically unable to perform list, Smith has participated in 7-on-7 work, telling ESPN that “today was the best I’ve felt out there.” The quarterback says he might “simulate being tackled in practice first, just to ease his mind.” Nonetheless, he is determined not to let his fear dictate the rest of his future.