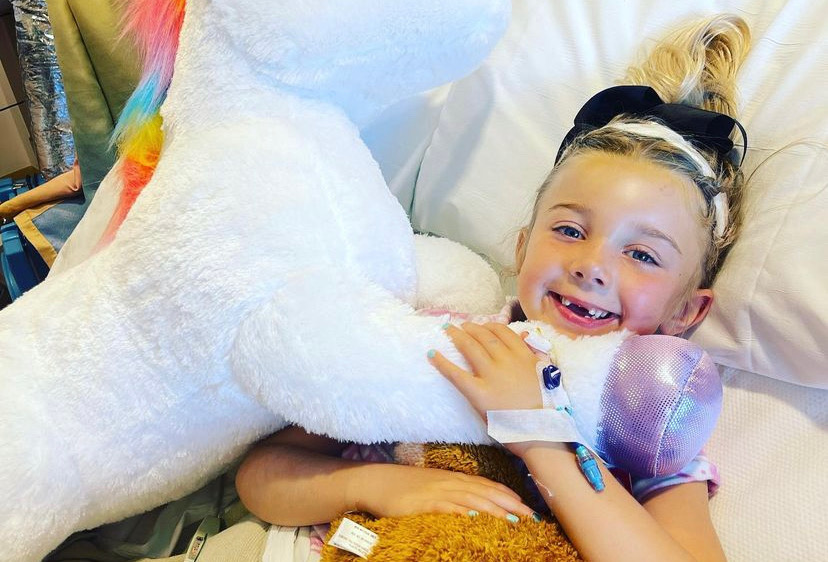 Taking to Instagram, the ex-NFL player’s wife Elizabeth shared the harrowing story of their 6-year-old daughter’s experience with a brain tumor. “On May 10th, Sloane was rushed to the ER with stroke-like symptoms,” Elizabeth revealed. “She had an MRI and the doctors quickly informed us she had a large brain tumor and needed an emergency craniotomy.”

The mother went on to detail that she and her husband were waiting for 10 hours while Sloane was in surgery. Smith described the experience as, “the most excruciating time of our lives” and even relayed that, “a clock has never moved so slowly.”

Although the child still has to go through a handful of more tests, her mother confirmed that the surgery was a success and that doctors were able to remove the entire tumor. “We learned that Sloane’s tumor is a very rare malignant tumor with very few documented cases—without a clear road map for treatment,” Elizabeth wrote, prior to noting that, “The incredible neurosurgeons @stanfordchildrens did a miraculous job and were able to remove 100% of the tumor.”

Elizabeth also communicated that since surgery, Sloane has completely acclimated to life after surgery. Continuing her passions of singing, dancing, and laughing, the mother said that she is back to her “bubbly self.”

The mother included, “Sloane—in her true form—bounced back from brain surgery like a rockstar! She didn’t skip a beat.”

The Smiths added the information that since Sloane’s brain tumor was so rare, they are patiently awaiting advice from medical professionals in the field from all over the country.

“I know we don’t post much about our kids but we felt necessary to post this and say THANK YOU,” she continued. “Thank you to our amazing medical team, family, friends, acquaintances, and even some strangers who have touched our lives in the last month and a half… This has been by far the most challenging time we have EVER been through. We know it’s not over and we have a journey ahead of us, but without all of you we could not have gotten this far.”

“We have been inundated with doctors appointments, scans, and labs and trying our best to navigate through this. Most importantly, we’re healing together as a family,” Smith concluded.