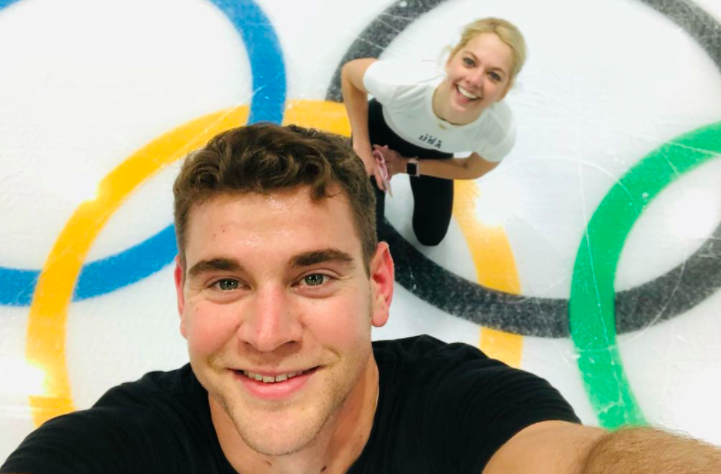 The pair’s performance was historic for many reasons, but particularly because they are the first pair of skaters to earn a gold medal while representing the United States since 1979. Tai Babilonia and Randy Gardner secured the championship title 43 years ago, but after Knierim and Frazier’s combined score of 221.09, Americans can celebrate a new generation of skaters.

“I couldn’t ask for a better way to end the season,” Frazier shared with news outlets after the big win. “For Alexa and I, this was such a personal journey. To finish the season on this kind of program — I’ve dreamed of this moment so many times, but this is even better.”

The two began their partnership in 2020 and made it to the Beijing Olympics by 2022. Although they placed sixth, it was still the best placement the United States had received for figure skating in years.

In addition to the gold medalists, Ashley Cain-Gribble and her partner Timothy LeDuc were also representing the United States during the competition in France. Despite it looking as if the other pair of Americans were initially going to place in second, Cain-Gribble had an unfortunate few falls on the ice. On her third fall, she ended up hitting her chin, which resulted in her being ushered out of the building on a stretcher.

Frazier expressed his sympathy for his fellow skater, noting that it was upsetting to see his friends have a difficult time during the competition. “​​Our hearts go out to [Cain-Gribble and LeDuc],” he said. “They’re our friends first, competitors second, so we were naturally really concerned to see what was going on with them.”

Knierim also commented about Cain-Gribble’s situation after the competition, acknowledging that the sport does put athletes at risk for injury. “It’s startling,” she stated. “You realize how dangerous skating can be. Even when you are prepared, things can happen.”