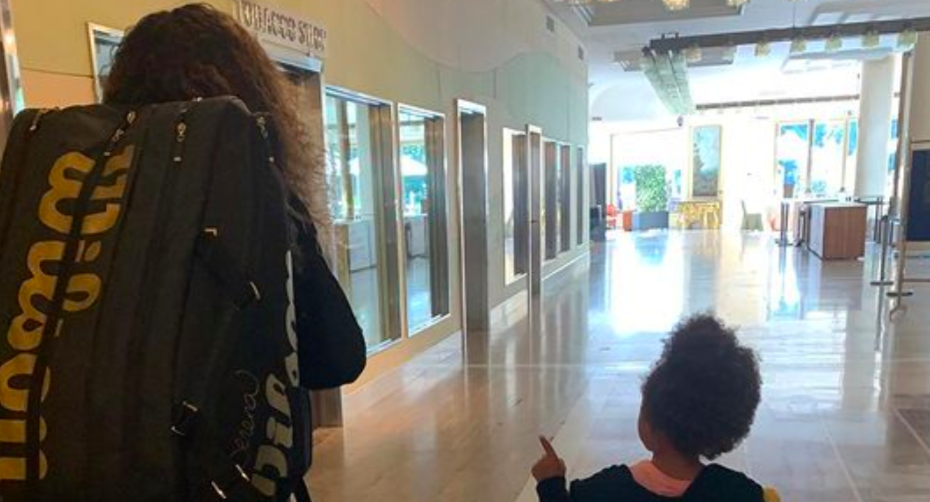 You know the phrase. You know the meaning behind it. Practicing helps in getting better at whatever you’re trying to pursue. Whether that be a sport, a language, a class. If you practice it, you can get better at it.

RELATED: Serena Williams And Alexis Ohanian: ‘We’re Going Into 2021 Well Armed With Blessings And Wish They Abound For All Of You, Too. Especially If You’re Thanking God For Paw Patrol And Chocolate As Regularly as Jr.”

Alexis Ohanaian, Sr. and Serena Williams‘ daughter, Olympia, seems to be getting a lot of practice in for you know, that one sport her mom dominates in. Twenty-three Grand Slam title times to be exact.

Her mom breaks records. Her mom is one of the best to ever pick up a racket. And I’m sure whatever Alexis and Serena’s daughter ends up doing with her life, she’ll be great at it, given the championship-pedigree her family has.

“Awwwww mannnnnn I asked you to save this post until I was next to her side my side in my same outfit 🙄🙄,” Williams said. “Oophhh I guess I’ll have to pull the plug from your phone tonight. And you wake up wondering why you have no battery 🤷🏿‍♀️🤷🏿‍♀️ LOL”.

Oh, snap! It’s about to go down in the phone wars in this household.

ESPNW ran with the joke and had Serena’s back, posting a picture of the mother and daughter in the matching outfits.

And all kidding aside, there looks to be a lot of love in this household as Alexis and Serena raise up their daughter together, a practice they share together.

They got off to a good start to kick off the new year:

“Big milestone when Olympia first reminded *us* to do prayers at dinner–tho I still often get too carried away stuffing my face,” Ohanian said in an Instagram post. “TBH it’s not something I did regularly as a kid, but it’s a tradition our family does that I really love.”

Ohanian went on to say that:

“It’s a chance to reset for a minute each day and be thankful for all that we have,” Ohanian said. “Especially this year. (Thanks for taking the photo, S). We’re going into 2021 well armed with blessings and wish they abound for all of you, too. Especially if you’re thanking God for Paw Patrol and chocolate as regularly as Jr.”