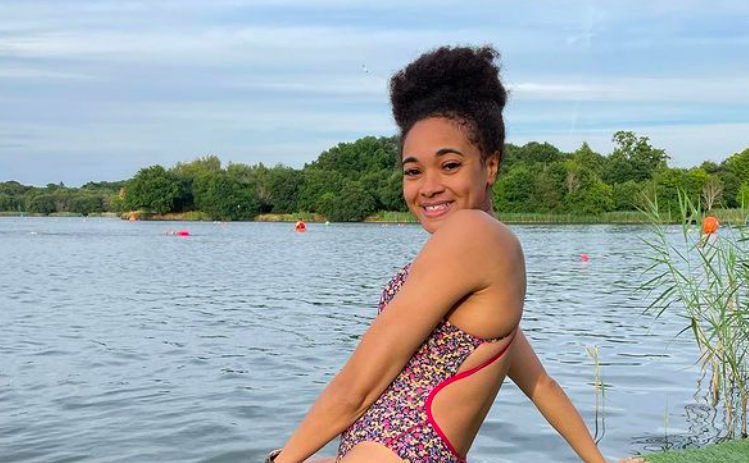 The International Swimming Federation reversed its ban on swimming caps made specifically for Black hair after Olympic swimmer Alice Dearing pushed for change.

The international federation, often recognized as FIDA, initially argued that a specific swimming cap designed for Black hairs is prohibited from use because it “did not follow the natural form of the head.” However, in the British swimmer’s published essay for The Guardian, she argued that this ban creates an unfair advantage for her and other Black swimmers.

In her essay, she noted that in order for her to be successful, she must feel confident in what she is wearing. “The option to wear a swim cap that properly fits gives people the chance to feel confident,” she argued. Dearing also noted that a Black swimmer having the ability to use a cap specifically designed for their hair, “reduces the potential for stressful moments in the changing rooms or poolside.”

Dearing relayed the importance of feeling included in the swimming community, an issue she fears the younger generation would struggle with if a ban continued on swimming caps.

Alice Dearing stands up for the younger generation of Black swimmers

“We cannot allow younger generations to look at a sport and think, for whatever reason, ‘that’s not for people like me’. Sport is a beautiful and powerful thing, which can be such a positive force in individual lives and communities alike,” the Olympian explained. “It imparts life skills, global opportunities and confidence, and offers something to pour heart and soul into.”

RELATED: Rafael Nadal, 36, Suffers an Intense Blow to the Nose But Is Feeling Good About the Injury

Dearing added the sentiments, “Crucially, the caps embrace all hairstyles, from afros, locs, braids and curls to wavy and straight hair as being appropriate hairstyles to swim in, and by implication, they challenge a narrow view of what a swimmer of any standard ‘should’ look like.”

Following this essay being published, the International Swimming Federation lifted its former ban on Soul Cap, a swimming cap brand designed specifically for Black hair. “Promoting diversity and inclusivity is at the heart of FINA’s work, and it is very important that all aquatic athletes have access to the appropriate swimwear,” executive director Brent Nowicki shared in a statement.

After the news broke, Dearing felt excited and relieved that rules were not being emplaced on something she cannot control. “As a Black woman and professional swimmer who loves both having her hair braided and wearing it in its natural, afro form, I know just how seismic this change will be,” she said.