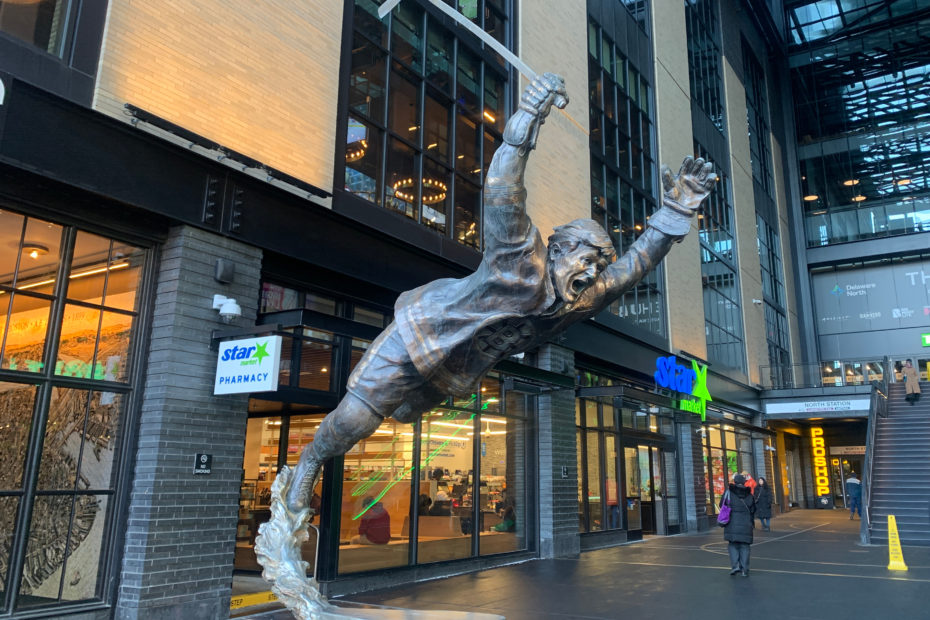 The fastest skaters in the NHL have a leg-up on their opponents. They’re able to blow by the defense and get in a good position to score. They frequently find themselves in open ice and have plenty of breakaway opportunities where it’s just them and the opposing goalie.

Let’s be honest, the NHL is home to the best hockey players in the world, but not all players are created equal. They each come with their own unique skill set that makes them valuable. Some of them are shooters, some are defenders, some of them pass well, and others skate well.

Throughout history, one thing we’ve noticed in the NHL is that it continues to get faster. Players not only skate faster, but the overall pace of the game is increasing year-in and year-out. It makes for a much more exciting game to watch, but doesn’t make it any easier for the players.

RELATED: 25 of the Fastest NFL Players Ever

Who Are the All-Time Fastest Skaters in the NHL?

Every year, at least since 1990, the NHL has hosted a ‘Fastest Skater’ competition as part of the NHL All Star Skills Competition. It’s here that some of the fastest players in the NHL each year compete for bragging rights. It’s a true test of speed, agility, and quickness on ice skates.

When ranking the top 25 all-time fastest skaters in the NHL, the Fastest Skater competition is a great place to start. Of course, not everyone had a chance to compete in the All Star Skills race, so it’s not the only factor we’ll be considering. Some players showcase their top speed in-game.

Guy Lafleur isn’t just one of the all-time fastest skaters in the NHL, he was the first player in the NHL to score 50 goals and 100 points in six-straight seasons. Over his 17-year career, he won five Stanley Cups with the Montreal Canadiens, including four-straight from 1976-1979.

Shawn Horcoff scored more than 20 goals in two seasons, but his 28 career game winning goals are impressive. In fact, he scored at least one game winning goal in all but two of his seasons in the NHL. He spent a total of 12 years in Edmonton and was a fan favorite to many.

Howie Morenz is largely remembered for his speed, earning the nicknames ‘Stratford Streak’ and ‘Mitchell Meteor.’ He was one of the nine original inductees into the Hall of Fame, won the Hart Trophy three times, and won three Stanley Cup championships with Montreal.

His real name was Frederick Wellington Taylor, but many knew him as Cyclone Taylor. He was one of hockey’s first stars, known for his prolific scoring and blazing speed. Though he never played in the NHL, he started playing professionally well before the NHL ever started.

Andy McDonald struggled with concussions throughout his 12-year career, but he’s still one of the all-time fastest skaters in the NHL. He helped the Anaheim Ducks win the 2007 Stanley Cup and won the NHL’s Fastest Skater competition the same year with a time of 14.03 seconds.

Marián Gáborík was the Minnesota Wild’s first ever draft pick, going third overall in the 2000 draft. He would go on to score the team’s first ever goal in the regular season and goes down as one of the all-time fastest skaters in the NHL, winning the Fastest Skater competition in 2003.

Bill Guerin became the first player of Hispanic descent in NHL history. He played 18 seasons in the NHL, winning 2 Stanley Cups and representing Team USA in three different Olympics. He even won the NHL’s Fastest Skater competition in 2001 with a blazing time of 13.690 seconds.

Carl Hagelin was drafted in the sixth round of the 2007 draft. He’s no stranger to the playoffs with 141 games played, even winning the Stanley Cup twice with the Pittsburgh Penguins. He also recorded one of the fastest times in the Fastest Skater competition at 13.218 seconds.

Erik Karlsson has been one of the league’s best defenseman since joining the NHL in 2009. He’s also one of the fastest skaters in the NHL, frequently leading the rush and quickly finding his way back on defense. He has one the James Norris Memorial Trophy twice in his career.

Jean Béliveau is one of the greatest NHL players to ever suit up. He won 10 Stanley Cup championships with the Montreal Canadiens, as well as 7 more as an executive with the team. At the time, he was the fourth player to score 400 goals and second to score 1,000 points.

To this date, no one has recorded a better time at the Fastest Skater competition than Jonathan Drouin in 2015 (13.103 seconds) — though the course he skated was different than what we see today. He hasn’t had as much success on the ice as many thought, but he’s certainly fast.

Peter Bondra had a successful 16-year career in the NHL, becoming one of only 37 players to score more than 500 goals. He had two 50-goal seasons, which is hard to achieve, and once scored five goals in one game. He’s also a two-time winner of the Fastest Skater competition.

Paul Coffey is one of the greatest defenseman to ever play. Known for his speed and scoring, he scored the most goals by a defenseman in one season (48) and is the only defenseman to score more than 40 goals twice. He also won the Fastest Skater competition in 1991.

You don’t earn the nickname ‘The Roadrunner’ without having blazing speed, which is exactly what Yvan Cournoyer was known for, though he credited it to his long blades. He scored more than 40 goals four times in his 16-year career, including three times in a row from 1971-1974.

Mathew Barzal is the latest player to win the NHL’s Fastest Skater competition and almost beat the record with a 13.175-second run. His win dethroned Conor McDavid, who had won the previous three competitions. He’s still making a name for himself in the league, but he is fast.

Dylan Larkin has only spent six years in the league, but he has already made his mark as captain of his team and one of the fastest skaters in the NHL. He won the Fastest Skater competition in 2016 and holds the current record for the fastest one-lap time at 13.172 seconds.

Bobby Hull became the fourth player (at the time) to record 1,000 points in his career. He was known for his speed, earning him the nickname ‘The Golden Jet.’ He scored more than 50 goals in five different seasons, including a career-high 58 goals during the 1968-69 season.

Sami Kapanen is a two-time winner of the NHL’s Fastest Skater competition, winning it in 2000 with a time of 13.649 seconds and again in 2002 with a time of 14.039 seconds. He also scored more than 20 goals in five straight seasons and currently has a son playing for the Penguins.

Nicknamed ‘The Comet,’ Maurice Richard was known for his speed and ability to score. He scored a career-high 50 goals during the 1944-45 season (first to ever do that) and scored more than 30 goals in eight different seasons. He was also the first player to score 500 career goals.

Scott Niedermayer isn’t just one of the greatest defenseman to ever play, but he’s one of the all-time fastest skaters in the NHL. He won four Stanley Cup championships and was also a two-time winner of the NHL’s Fastest Skater competition — in 1998 and again in 2004.

Connor McDavid has only been in the league six seasons, already positioning himself as the best player in the NHL. He has led the league in goals three times, won the Hart Memorial Trophy twice, and is a three-time winner of the NHL’s Fastest Skater Competition (all in a row).

Bobby Orr will go down as one of the greatest defenseman and players of all-time. He was known for his speed and scoring, which revolutionized the way people view the defenseman position. He scored more than 29 goals in six-straight seasons during his 12-year career.

As the Game Speeds Up, So Do the Players

Over the past few years, the NHL has continued to evolve into a more fast-paced league. Players are getting faster and teams are getting faster, which means opponents need to learn how to catch up. It’s making the game more exciting and is leading to more goals scored.

This is evidenced by the record times we’ve seen at the NHL’s Fastest Skater competition. Before 2012, the NHL saw seven winners (of 18 total) of the competition record a time higher than 14 seconds. Since 2012, all seven winners have recorded a time under 13.454 seconds.

YOU MAY ALSO LIKE: The 25 Best Hockey Players of All-Time

Of course, that’s in addition to the active players we’ve listed above in our list of the top 25 all-time fastest skaters in the NHL.