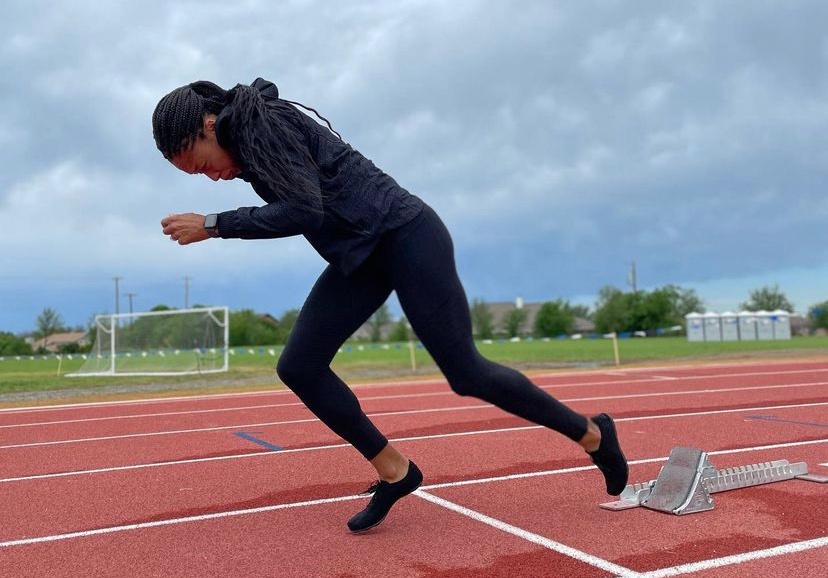 Allyson Felix, 35, is Tied With Carl Lewis for the Most Decorated U.S. Track and Field Star

In her years of track and field, Allyson Felix has proved herself to be among the most talented athletes in the world. After a life-threatening pregnancy, the road to the 2020 Olympics was by no means easy. But still, Felix did what she does best and now she has her first Olympic medal as a mom!

She was told that her age would hinder her ability to compete and she had other priorities to worry about, such as raising her toddler-aged child. However, this athlete is not the type of person to simply give up. With four prior Olympics before Tokyo, performing in this year’s Games meant that she could tie, or even beat, Carl Lewis‘ record as the most decorated American track and field star.

Allyson Felix does the unthinkable.

According to the athlete herself, this race felt different than the other events she has participated in. “It’s hard to describe because I feel like all the other ones, I was really just so focused on the performance. And this one, it’s just so much bigger than that,” USA Today reported the athlete shared. “That’s all I can kind of explain it as – I was out there running, but I felt like I was a representation for so much more than just trying to get down the track.”

The question as to how Felix accomplished this great accomplishment was still lingering after her big win. The runner was not shy to address the question either, reasoning that she was able to win because she wasn’t focused on winning.

“Sometimes it sounds like a cliché, but it honestly is more than just me running out there. I’m not too wrapped up in winning more medals. The biggest thing for me was coming back,” she explained, according to ESPN. “Earlier today I looked through some of the videos again of things that we had taped when I was in the hospital with Cammy, and on the comeback trail — those really, really hard moments — and that’s what I tried to tap into.”

“Obviously I always run for gold, but I just wanted to have joy no matter what happened tonight,” she stated.

Felix also shared an Instagram post after her big win, which detailed the fact that she is not afraid of competition, but of letting people down. “I hold myself to such high standards and I’m realizing as I’m sitting here the night before my final individual Olympic final that in a lot of ways I’ve let my performances define my worth,” she wrote. “I’ve been afraid that my worth is tied to whether or not I win or lose. But right now I’ve decided to leave that fear behind. To understand that I am enough.”

She went on to share she was writing the note for others who may define their worth based on their accomplishments. “I’m sharing it for any other athletes who are defining themselves by their medal count. I’m writing this for any woman who defines her worth based on whether or not she’s married or has kids. I’m writing it for anyone who thinks that the people you look up to on TV are any different than you,” the athlete said.

Felix then encouraged her followers to not let themselves be defined by fear and pursue their dreams. In the closing statement, the Olympian offered, “Know that there is freedom on the other side of your fear. Go out there and be brave with your life because you are worthy of your dreams.”