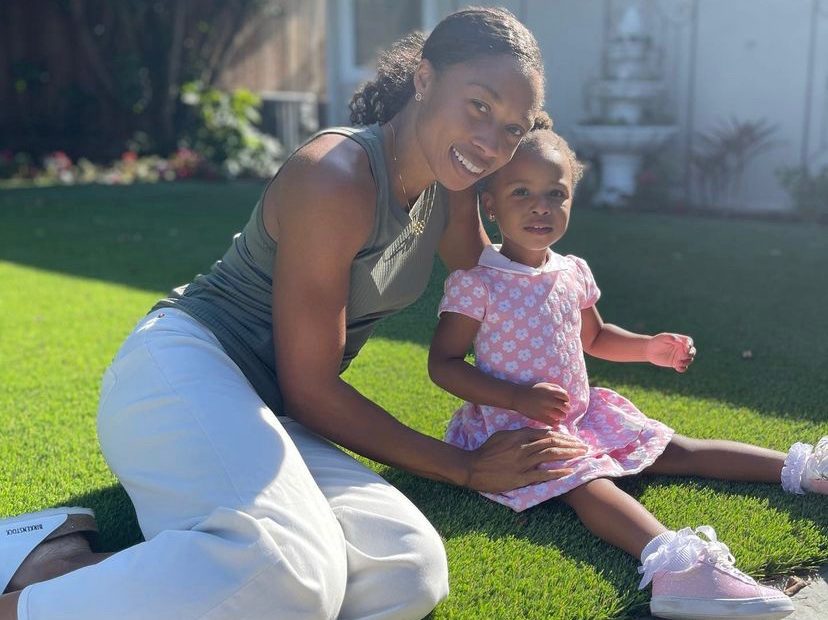 To 35-year-old Allyson Felix, her daughter Camryn represents a multitude of different things. Love and happiness are the obvious ones, but Felix even attributes her drive for success in the 2020 Olympics to her firstborn child. Every decision has an explanation behind it and the decorated track star has explained that her reason for this year’s Olympics is due to her title as a mother.

Sharing an Instagram post that showcased her performance, the athlete posted a picture and video of her daughter’s reaction to her race. With the caption, “One step at a time. One round at a time. Know your why,” Felix went on to reveal her ‘why’ further down in the post. “It’s really just one step at a time. Whether that’s a race or in real life. You just have to know your why…My why is clear and unchanging. Swipe to see her watching mommy.”

The video entails her adorable daughter Camryn asking her father if mommy is tired. The toddler questioned, “Is Mommy tired from running?” Surely, Camryn’s mother must have been.

Being a mother has made Allyson Felix even stronger.

While motherhood would certainly change any woman’s outlook on life, this Olympian has a particularly complicated relationship with the title because she almost lost her life during the pregnancy. In November of 2018, at only 32-weeks of pregnancy, Felix was rushed into an emergency C-section and was informed by doctors that if she had not undergone surgery that day she and her child wouldn’t have survived.

“It’s changed everything. It’s given me a different drive,” she told reporters after she had qualifying 400m race in Tokyo. She explained, “I’ve had so many challenges because of it and so I think it’s even more meaningful now to be on this stage as a mom.”

The athlete also did not hold back how grateful she is to be able to step foot on yet another Olympic track. Before her race, she wrote on Instagram, “Tomorrow, I step into the Olympic Stadium to compete in my 5th Olympic Games. It might sound cliche, but getting to that starting line is an incredible victory for me. I’ve experienced the hardest years of my life in this journey and by God’s grace I’m here.”

“With a heart full of gratitude I’m taking space to remember all it took to get here,” she continued. Felix then reminded her audience of the struggles she went through to get to Tokyo. After a life-altering birth and learning how to create a healthy balance between motherhood and her job, she shared, “when you see me on the track I hope you understand my fight. As an athlete who was told I was too old, as a woman who was told to know my place, as a mother who wasn’t sure I would live to raise my daughter. I hope you see that for me, it’s about so much more than what the clock says.”

The 35-year-old mother went on to qualify for the semifinals, which will be happening on Wednesday evening. In all her years of Olympic track and field, she has become the most decorated female track star but has said that Tokyo will be her last time participating.