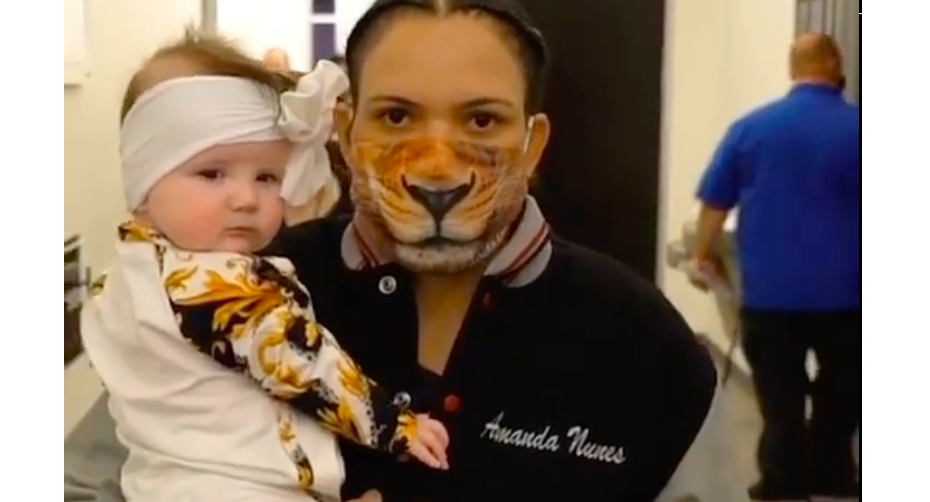 Amanda Nunes recently won a match on March 6 in round 1 against Megan Anderson. She went 19-26 with strikes and 18-25 with signifiant strikes. She’s now 21-4 in her UFC career.

Outside of the octagon, Nunes is enjoying being a mother to Raegan to whom she shared with her wife, fellow fighter Nina Ansaroff:

“Raegan thank you for mak(ing) my camp and fight Week more enjoyable.👶🏻,” Nunes said in an Instagram post.

Posting a picture on Instagram holding her little girl up, Nunes said:

“It’s always amazing to remember how strong and powerful women are. Fight like a girl #internationalwomensday 💪🏼”.

Nunes recently spoke with TMZ in an exclusive. The fighter talked about being a mother and not wanting her daughter to pick up the same career field she’s and Nina are in.

“I want her to play soccer or study or whatever she wants and really hoping she doesn’t want to fight,” Nunes said to TMZ. “…I don’t wanna see her get punched in the face! Look at this little face!”

Nunes also talked about the difference between taking care of dogs and a baby.