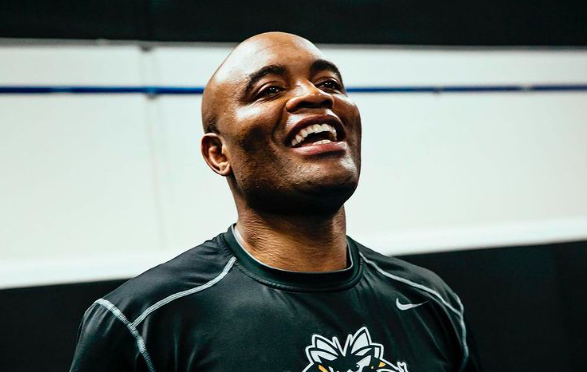 Record-Setting MMA Fighter Anderson Silva Reportedly Fights In Last UFC Match: ‘Thank…God For Granting Me The Gift Of The Fight!’

Record-Setting MMA Fighter Anderson Silva Reportedly Fights In Last UFC Match: ‘Thank…God For Granting Me The Gift Of The Fight!’

RELATED: Conor McGregor To Get Back In The Octagon For A Rematch Fight In 2021

Silva was considered by Dana White in 2011 as “the greatest mixed martial artist ever. Ever, period” according to MMA Fighting.

After what’s been an historic run for “The Spider” who carries a web of records, in 2020 Silva reportedly fought in his last UFC match on October 31.

A day after the fight, on November 1st, Silva posted this:

“Good morning, my people, today is a very different day for a simple reason, and I wanted to thank you all these years with your cheerleading! I want to thank the God for granting me the gift of the fight! Thank you my people for all understanding, for all your support and for all your amazing moments that we live in this sport together! _
I hope I left it in memory and in the heart of each of you a little of who I am, that you can overcome difficulties, every second of uncertainty and to overcome obstacles in your lives! Never think about giving up, as hard as things get at some point; know that ​​I leave all my love, all my respect for you! Force and time always and God bless you all! Thank you all, bless you, and bless you”

And since that fight, UFC has released Silva according to ESPN.

“Freedom means the right to act according to your free will, according to your own will … Feeling free and not dependent on anyone. Freedom is also a set of liberal ideas and the rights of each citizen. Freedom is classified by philosophy, as the independence of the human being, the power to have autonomy and spontaneity. Freedom is a utopian concept, since it is questionable whether individuals really have the freedom they claim to have, whether with the media it really exists, or not?”

Does this mean we can expect another Silva match, even if it’s away from the UFC?

We will see. Silva isn’t ruling out fighting again as he talked about after the last UFC fight. In the meantime, hear from Silva himself reflecting after that match and what’s been an incredible run as a UFC fighter with a record of 34-11: