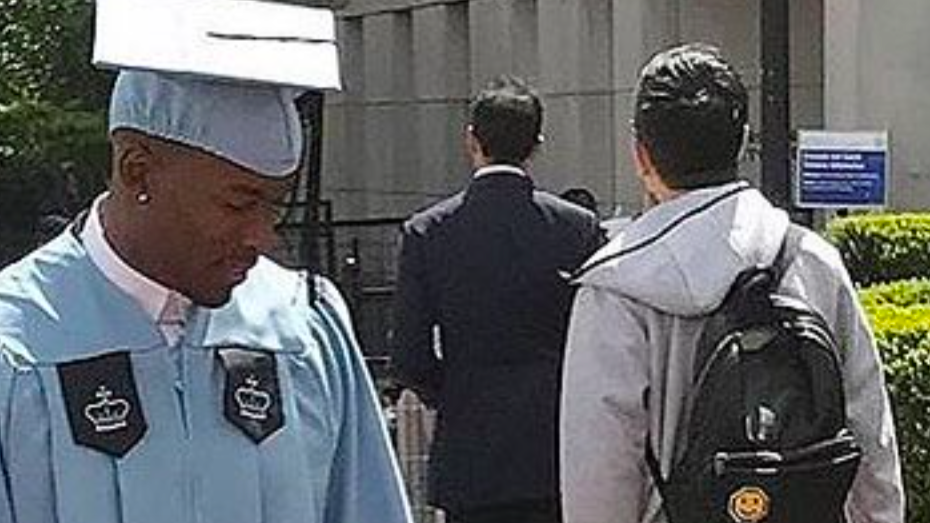 Andrew Hawkins Gets Masters at Ivy League, Maintained a 4.0 GPA, an Internship, and Trained for NFL Season

Andrew Hawkins went undrafted out of Toledo then ended up becoming a major contributor as a wide receiver with two NFL teams, the Cincinnati Bengals and Cleveland Browns.

Hawkins played with the Bengals from 2011 to 2013 and with the Browns from 2014 to 2016. In his NFL career, Hawkins caught 209 passes for 2,419 yards and nine touchdowns. Impressive numbers, especially after continuing to grind after not hearing his name called on draft night.

What may be even more impressive, though, are these stats he shared from what it took to get his Master’s degree from Columbia University, an Ivy League School, while training for the NFL. This also included a time period where he was interning with Uninterrupted.

“When I was getting my masters, I would have to commute to class in NYC from across the country in ONE DAY. The first year from Tampa, and the second year from Los Angeles. I was in LA interning and training for the season. So I would wake up at 3am, catch a 5:30am flight to NY (6hr flight) land at around 2pm in NY, take a taxi to campus, have back to back classes til 10pm, leave 15 mins early to hustle back to the airport and catch an 11pm flight and then land back in Los Angeles at 2am (6 hr flight). I’d wake back up at 6:30 am to be back training the next morning with @speed__doctor & @tg4hunnid by 8am, and then in office for my internship @uninterrupted by 11am. EVERY. SINGLE. WEEK.”

“If you want to be different, you gotta move different,” Hawkins said.

Shout out to Hawkins for this dedication and commitment to be great on the field, in the classroom, and in his career pursuit. That takes drive, hard work, and focus to be great in athletics, academics, and in the professional world.

What an accomplishment. Hawkins also posted on Instagram the same picture last year.

“Columbia Commencement today,” Hawkins said in the Instagram post last year. “So for as much as I paid in tuition, Y’all know I’m droppin this every year like 🗣 CLOCKWORK!”

From being a receiver (and captain per NFL.com) in the NFL, interning at Uninterrupted, and graduating from Columbia to today, Hawkins is now, as NFL.com describes in his bio: “In his role, Hawkins hosts a variety of content on NFL Media’s digital and social channels, including new show formats and other engaging VOD content. The two-time Sports Emmy Award nominee also appears on various NFL Network shows such as NFL Total Access and Good Morning Football.”

NFL.com stated that “Hawkins joined NFL Media in a multi-platform role in 2019.”

The host also has been featured on recent short films, including one with his son that was premiered by Oprah Winfrey.

This all just goes to show that hard work pays off. Keep grinding, keep going, go chase your dreams. Even if it means having to fly cross country to finish school. Or simply just do excellent in your school, in your sport, in your career field. You never know when the next opportunity will come knocking around the corner. You got this!