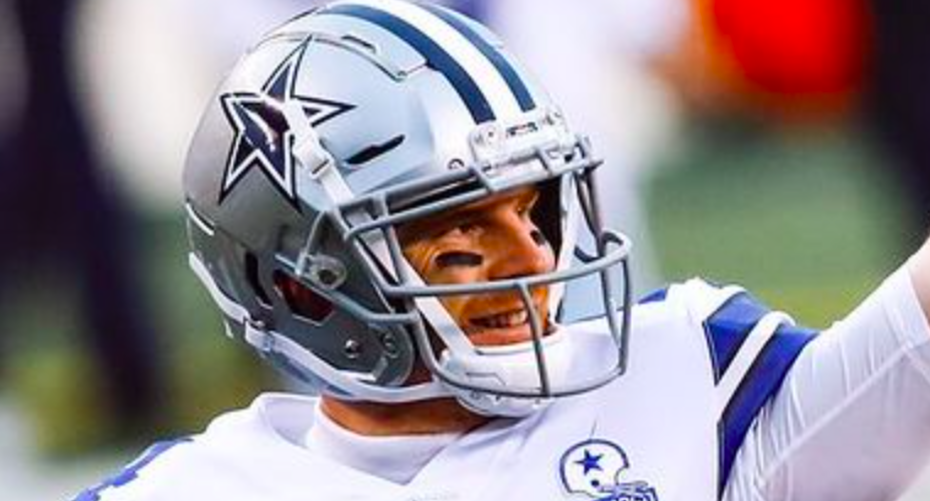 Andy Dalton is a three-time Pro Bowl selection, having spent most of his career with the Cincinati Bengals and last year with the Dallas Cowboys. With 23 fourth quarter comebacks and 27 game-winning drives in his NFL career, the dude knows how to win.

Quarterback Andy Dalton will now reportedly be playing with the Chicago Bears.

The quarterback who played at Texas Christian University is now back in the Midwest as Dalton went from TCU to Ohio back to Texas and now to Illinois.

According to Around the NFL’s Nick Shook, “Dalton is signing a one-year, $10 million deal with the Bears, NFL Network Insider Ian Rapoport reported”.

RELATED: Russell Wilson Wins NFL Walter Payton Man Of The Year, Has MVP-Caliber Season, Now Reports Are Out That Teams Are Asking To Trade For Him

It looks like the Bears will run with Dalton and Foles as their quarterbacks depending on what they do in free agency and the draft as Mitch Trubisky is now a free agent per Yahoo! Sports.

What’s interesting about the Bears’ quarterback situation and looking to add another quarterback to the roster is that they reportedly were also going after Russell Wilson.

“The Bears certainly made a big offer — multiple first-round picks,” Rapoport said per Patra on NFL.com. “The Seahawks slept on it. They discussed it…they decided, specifically coach Pete Carroll…does not want to rebuild, decided we are not trading Russell Wilson to the Bears.”

So, that means it looks like Wilson is staying put with Seattle and Dalton has found a new home team in “Da Bears”.