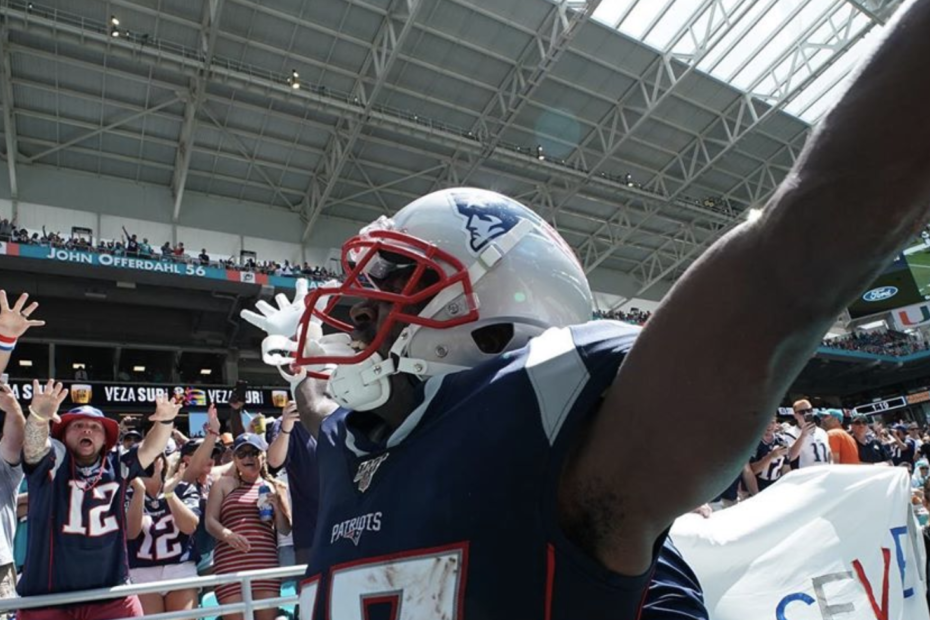 Antonio Brown has announced his retirement on Monday afternoon.

The thirty-two-year-old released a series of tweets in which he apparently announced his retirement from the NFL. Brown started by asking the question, “Is it time to walk away i done everything in the game ?!!”

Brown then seemingly cited the coronavirus pandemic and/or risk of injury as a reason for his retirement, saying, “at this point the risk is greater than the reward thank you everyone who been part of this journey i sincerely thank you for everything! life goes on 84!”

While Brown seems to think that he is retiring for good, it would be foolish to think his retirement is permanent. With Brown’s volatile personality, there’s no telling what his future holds.

It’s Brown’s personality, in fact, that has led to his convoluted 2019 season. Brown was supposed to start the season with the Oakland Raiders, but things went south quickly. Brown suffered from frostbite on his feet after not using the proper footwear using the cryotherapy chamber, causing him to miss ten out of eleven of the Raiders training camp practices.

RELATED: Russell Wilson Is Worried About the Start of the 2020 NFL Season as His Wife Prepares to Welcome Third Child

Then, Brown threatened to retire after being required by the league to wear a new helmet, but he wound up folding in the end. Brown was then fined $54,000 by Raiders’ general manager, Mike Mayock. Brown tried to attack Mayock and proceeded to mouth off to Mayock on social media. Brown requested his release on September 7 after the Raiders voided his contract. The Raiders finally fined Brown $215,000 for his altercation with Mayock before his release.

Brown was picked up by the New England Patriots next but was cut only one week later after texting intimidating messages to a woman accusing him of sexual misconduct.

Ever since he was cut in Week 2, Brown has been a free agent. In the meantime, Brown worked out with a couple of the best quarterbacks in the league including Lamar Jackson and Russell Wilson.

Taking his past discrepancies into account, it’s doubtful that Brown has retired for good. Even if he is finally hanging up his cleats, Brown’s career is nothing to scoff at.

Antonio Brown has had a very successful but controversial career. While he won’t necessarily be missed, Antonio Brown will certainly be remembered by fans all around the NFL.