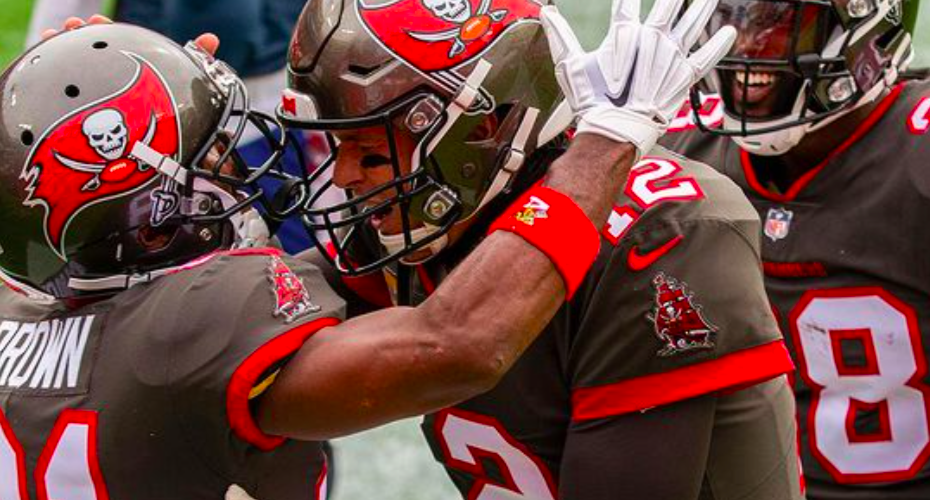 Antonio Brown is a Super Bowl champion. The wide receiver won the ‘ship with the Tampa Bay Buccaneers this year, adding another piece to a dynamic Buccaneers offense, helping Tom Brady and company.

That company will mostly remain intact this upcoming season. In fact, literally all the starters who played in the Super Bowl game will still be there next season as the team “will return all 22 Super Bowl starters in 2021…a first in the NFL’s salary cap era” according to Buccaneers.com’s Carmen Vitali on April 5.

Now add Brown to all of that, to a team hoping for another shot at a title to get back-to-back Super Bowls. “Brown is re-signing with the Tampa Bay Buccaneers on a one-year contract, his agent told NFL Network on Wednesday” according to ESPN.

According to NBC Sports Pro Football Talk’s Josh Alper “he signed a one-year, $3.1 million deal to return to the team”.

Brown joined Brady and Rob Gronkowski, among other newcomer Buccaneers to contribute to the team in their Super Bowl run.

“First and foremost, I am grateful for the opportunity to return to the @buccaneers,” Brown said in an Instagram post. “It wouldn’t be possible without my brother @tombrady, the @buccaneers organization, my teammates and of course my fans. So Let’s Go God Bless. …#CallGod #Iamback #justwork #alwaysopen #Boomin”.

Brown’s back to the Buccaneers.

Outside of football, there was talk last year of the off-field allegations. ESPN details the incidents that surrounded Brown before signing with the Buccaneers last year and how the team’s coach feels about the situation.

ESPN notes that “after serving an eight-game suspension last season for violating the NFL’s personal conduct policy, Brown signed with the Buccaneers just before their Week 9 game against the New Orleans Saints…the move reunited him with quarterback Tom Brady and afforded him the chance to get his life back on track after being out of football for over a year and initially calling it quits after he was cut by the New England Patriots in September 2019…Bruce Arians initially said Brown ‘was not a fit’ for the Buccaneers’ locker room in the early spring of 2020, but the coach relented when injuries began piling up. After meeting with Brown in October, Arians said he believed the wide receiver had ‘matured.’…Brown honored that trust, with Arians calling him a ‘model citizen’ during the season.”

ESPN also reported how the team’s general manager feels about the situation:

“Despite being on felony probation for a battery charge against a delivery truck driver and facing a sexual assault lawsuit, Brown kept his name out of the headlines in Tampa Bay while being productive on the field…Last week, Brown reached a settlement with his former trainer, who had filed a civil suit accusing him of sexually assaulting her on three separate occasions. General manager Jason Licht said last week that resolving Brown’s legal situation wouldn’t be a precursor to re-signing him, but it did provide clarity in this situation. Licht called Brown a ‘good player and a great teammate.'”

As Brown seemingly looks to move past those incidents and start fresh again in Tampa, he posted a picture with his family last week saying “The love of a family is life’s greatest blessings…”

And eleven weeks ago, he posted a picture all smiles with the Lombardi Trophy, saying:

“Wow…Look At God… It’s not how you go around adversity; it’s how you go through adversity to get you from point A to B !!!!!!” Brown said in the post. “#CallGod.”

When you look back, you can choose to learn from your mistakes and seek forgiveness and grace, recognizing and embracing your priorities in life, including family. Hopefully that’s happened in this situation as Brown looks back then moves forward.

Speaking of perspective and looking back, Brown also had some fun recently reflecting on his time playing college football.

Brown played college ball at Central Michigan University. Take a guess who was on the team with him?

“…APPRECIATION
PERSPECTIVE
Grateful #CallGod,” Brown said in an Instagram post sharing a picture of him and Watt in their Central Michigan Chippewas jerseys.

You already know the Buccaneers roster is stacked. But someone was picturing having even more depth to this Super Bowl roster:

“Two of the greatest to ever play in the league on the same team , imagine if jj watts came to Tampa!” Nino Brown commented.

Now that would be something.