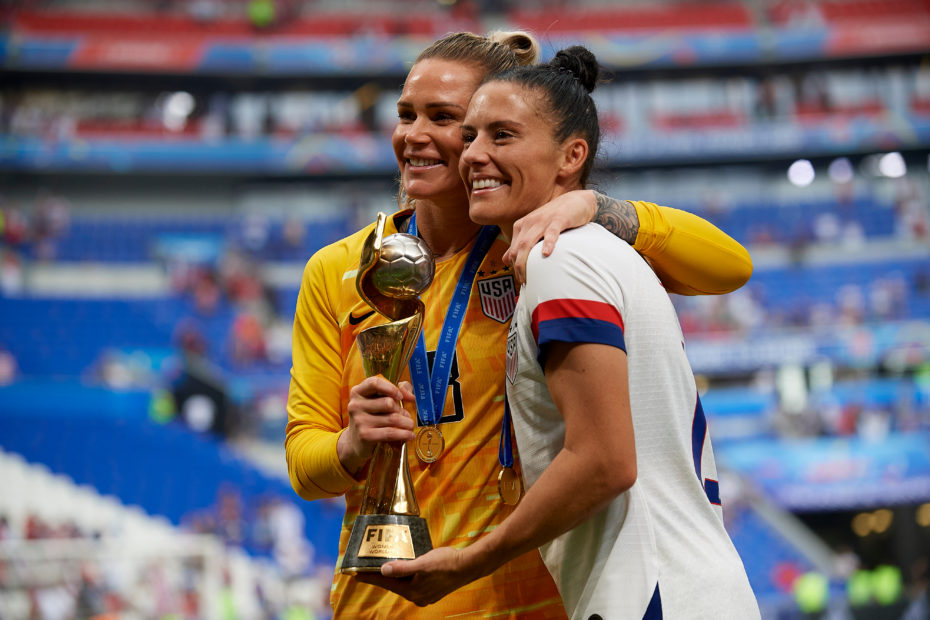 Veteran Olympians Ashlyn Harris, 35, and Ali Krieger, 36, are Upset to not be on This Year’s Olympic Team

On Wednesday, June 23rd, 2021 the 18-player roster for the U.S. women’s national soccer team was announced. Veteran Olympians, Ashlyn Harris and Ali Krieger, were not included in the lineup.

The team will represent the United States in next month’s Olympics, which take place in Tokyo, Japan. Megan Rapinoe, Alex Morgan, and Carli Llyod will be returning to the field, as announced by Jason Sudeikis and Brendan Hunt, stars of hit show Ted Lasso.

According to People, Lloyd is destined to break the record for the oldest female American to play in an Olympic soccer game. Lloyd will be 39, surpassing the previous record-holder, Christie Rampone.

Although this lineup is certainly exciting, the 2020 team will shockingly not be hosting Orlando Pride team captains, Krieger and Harris. Harris and Krieger led their teams to victory in 2016 and 2019 when they won the World Cup Tournament. But, neither women have received Olympic gold medals with the USWNT.

Harris believes she has won a different kind of medal: motherhood!

The 36-year-old goalkeeper insisted that she has already won gold following the birth of her daughter, Sloane Phillips. Harris stated on Instagram, “I might not be going to Tokyo, but I promise I won gold on February 12th when my daughter was born. Sloane has brought me and my wife so much joy, it’s hard to be sad on days like these. Walking in from training and seeing the smile on her face makes me realize, I’m exactly where I’m supposed to be. I want to wish the team and staff nothing but the best.”

Harris and Krieger married in 2019 and announced the birth of their adopted daughter this February via an Instagram post made by Krieger. The caption read, “Welcome to our family, Sloane Phillips.. we are so in love with you already! This has been one of the most beautiful yet stressful processes I’ve ever experienced with you, @ashlynharris24 and I love you even more throughout this journey if that’s even possible.”

Needless to say, the loss of an Olympic opportunity is still upsetting. However, it is not entirely shocking. In January, both women were not called up to participate in the national team, the official decision was just finalized on Wednesday.

Harris vulnerably offered in her statement following the roster announcement  “To say I’m not disappointed would be a massive understatement. The last several months have been extremely difficult but I’ve met it with hard work, grace, and finding joy off the field.”