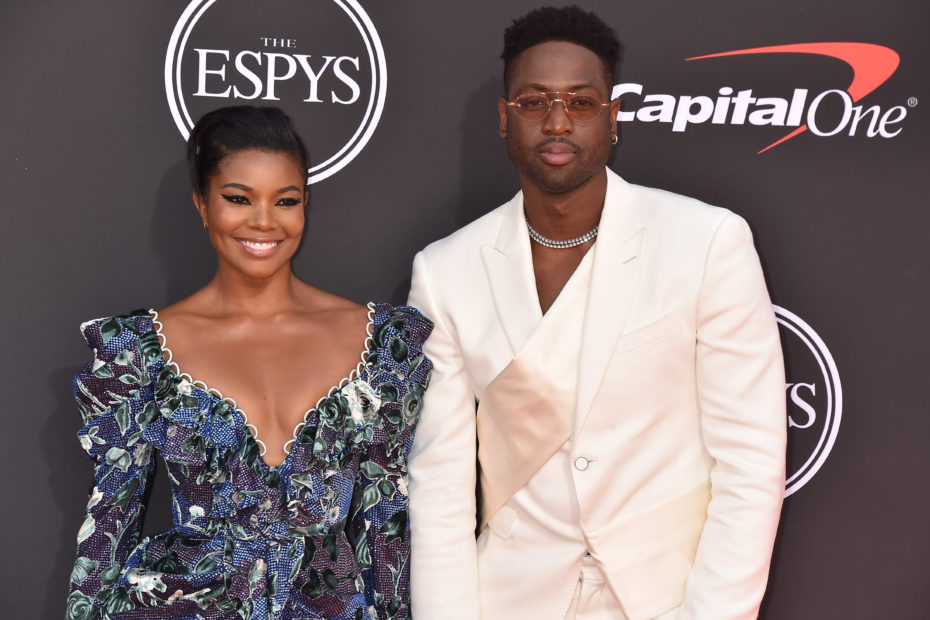 All the Athletes Seen at the Met Gala This Year

The first Monday in May has now passed, which means the 2022 Met Gala is now one for the history books. Dubbed as ‘fashion’s biggest night out,’ the Met Gala – also known as the Met Ball or the Met Gala Ball – is where celebrities and fashion moguls strut their stuff with peers.

The Met Gala is an annual celebration of fashion and fundraiser honoring the Metropolitan Museum of Art’s Costume Institute and its new exhibit. Every year, there’s a theme that attendees follow – for example, last year’s theme was  “In America: A Lexicon of Fashion.”

The theme for this year’s Met Gala falls in line with the “In America” theme from last year. This year’s rendition is called “In America: A Lexicon of Fashion,” otherwise dubbed as “Gilded Glamour.” Attendees were asked to “embody the grandeur of Gilded Age New York.”

RELATED: 25 Sports Icons With the Most Followers on Instagram

Which Athletes Appeared at the Met Gala This Year?

This year’s Met Gala was hosted by Regina King, Blake Lively, Ryan Reynolds, and Lin-Manuel Miranda. The event took place on May 2, 2022 and those that were invited to attend were kept a secret until they arrived at the red carpet. That’s when we saw everyone dressed to the theme.

Although the night commemorates the fashion industry, it’s commonplace for athletes to attend the Met Gala. In fact, some of the athletes at the event this year were considered some of the best-dressed – which isn’t surprising, given how important fashion is to some famous athletes.

Caroline Wozniacki was seen at the Met Gala with husband David Lee. The two announced their relationship on Valentines Day 2017 and later got engaged in mid-November 2017. They got married in mid-June 2019 and had their first child two years later – a daughter named Oliva.

Although they aren’t active athletes in their respective sport, they enjoyed great success in their prime – Lee even won the 2015 NBA Championship with the Golden State Warriors. They’ve become fixtures at the Met Gala and this likely won’t be the last time we see them at the event.

Wozniacki wasn’t the only tennis player representing the sport at the 2022 Met Gala. Venus Williams, who’s also a fixture at the event in recent years, was wearing a three-piece all-black suit. She looked as stylish as ever, which is something we’ve come to expect from Williams.

Venus, the sister of Serena Williams, is an American tennis player that was ranked No. 1 in the world in both singles and doubles during her career. She turned pro in 1994 at the age of 14 and while she has struggled in recent years, she has won over $42 million in her illustrious career.

Back in 2007, Venus Williams started her own fashion line called EleVen with Steve & Barry’s. She has long been revered for her fashion sense and it’s a big reason why she’s often invited to the Met Gala. In fact, we can expect to see her style in future Met Gala events – believe that!

David Lee wasn’t the only basketball player at the 2022 Met Gala. In fact, there were three of them and Russell Westbrook – one of the most fashionable NBA players today – was one of them. This is now his second Met Gala appearance after making his official debut last year.

Westbrook wore one of the most interesting and unique outfits of the night. He partnered with Thom Borne and wore a top hat, black tailored jacket, white undershirt, chain, long skirt, striped socks, and chunky lace-up shoes. It was a look only Russ could pull off – and he did just that!

Russ Westbrook is an American basketball player that was drafted by the Seattle Supersonics (now the Oklahoma City Thunder) with the fourth overall pick in 2008. He will be entering his 15th season in the league next season as he continues his search for an NBA Championship.

In 1,021 career games played, Westbrook is averaging an incredible 22.8 points, 7.4 rebounds, 8.4 assists, 1.7 steals, and 0.3 blocks in 34.7 minutes per game. His numbers took a strong dip last season, but you can expect him to stay hungry and come out next season ready to play.

Eileen Gu was one of two Winter Olympic stars to take to the red carpet at the 2022 Met Gala. It’s not her first Met Gala appearance, but she seemed much more confident and ‘herself’ at this year’s event. She wore a black Louis Vuitton mini dress that had all of social media buzzing.

In fact, she had a twitter hashtag trending with over 250 million views, which shows the amount of power she holds on social media. She looked as beautiful as ever, capturing the hearts of everyone that tuned in to watch the event. Expect to see her in future renditions of the event.

Eileen Gu is an 18-year old, American-born professional freestyle skier that represents China on the international stage. She won two gold medals (big air and halfpipe) and one silver medal (slopestyle) at the 2022 Winter Olympics in Beijing – it was her first Olympic appearance.

Nyjah Huston represented the skateboarding community well at this year’s Met Gala event. It was his second appearance at the annual event and he didn’t disappoint with his blue, Vivienne Westwood three-piece suit – which he paired with some stylish white shoes. He looked spiffy!

Much like Eileen Gu, Nyjah Huston had social media buzzing as women around the world were drooling at the sight of his looks. His chest tattoos were on full display, which went well with his gold chains, stylish watch, and even more stylish bracelet. It was a fashion statement, for sure.

Huston is an American professional skateboarder that started skating at just five years old – in large part because of his dad, who was also a skateboarder. He turned pro in 2005 and has been winning competition after competition ever since – though failing to win an Olympic medal.

He does, however, have six gold medals and five silver medals representing the USA at the World Championships between 2010 and 2021. He also has 12 gold medals, four silver medals, and two bronze medals at the Summer X Games between 2009 and 2019 – which is incredible.

Now, he’s making headlines for his fashion sense at the 2022 Met Gala. While most people dressed up in suits, ties, and dresses (or skirts, if you’re Russell Westbrook), OBJ took a unique, more ‘athleisure’ approach – wearing a green velvet hoodie and matching pants.

Odell Beckham Jr. is an active American football player that was drafted by the New York Giants with the 12th overall pick in 2014. He spent five years with the team before signing with the Cleveland Browns. He was traded to the Los Angeles Rams midway through last season.

In 96 career games, OBJ has recorded 531 receptions for 7,367 yards and 56 touchdowns. He’s a three-time Pro Bowl receiver that won Rookie of the Year in 2014 and most recently helped the Rams win the 2022 Super Bowl – where he scored the first touchdown of the game.

Chloe Kim stole the show at the 2022 Met Gala, stealing the hearts of many in the process. She wore a beautiful Giambattista Valli Couture ball gown that featured real red feathers – coupling that with the same ‘slut strands’ that most female snowboarders wear while competing.

It was Chloe Kim’s first appearance at the Met Gala and she was overjoyed to represent the snowboarding community at fashion’s biggest night out. In fact, she was most excited about meeting Kim Kardashian up close and has been DMing her recently to share that excitement.

Kim started snowboarding at the age of four and was competing by the age of six. She wasn’t old enough to compete at the 2014 Winter Olympics, but she made a name for herself at the 2016 Winter Youth Olympics in Lillehammer, winning gold in the halfpipe and slopestyle.

Dwyane Wade was seen at the 2022 Met Gala with his wife and actress Gabrielle Union. The two looked incredible as Wade rocked a white blazer and white pants with gold buttons – oh yeah, and he didn’t wear an undershirt. He had a lot of women with their jaws on the floor.

His wife was dazzling in a silver sequin Versace dress with a white-feathered tail and red flower arrangement around the waist. Not only did they dress in style, but they were heavy in their support for their trans daughter, Zaya – who was brought up in most of their interviews.

Dwyane Wade is a retired American basketball player that was drafted by the Miami Heat with the third overall pick in the 2003 NBA Draft. He spent 16 seasons in the league, 15 of which with the Heat – where he won three NBA Championships and appeared in 13 All-Star games.

Athletes & Fashion Are the Perfect Match

The fashion industry has long been aligned with the sports and entertainment industry. Just think about all the players that show up to work on game day – whether it’s baseball, basketball, football, hockey, etc. – there’s always a camera nearby to see what type of ‘fit they’re wearing.

YOU MAY ALSO LIKE: RANKED: Most Inspirational Athletes of 2022

That’s why it’s no surprise to see athletes featured at the Met Gala every year. It’s fashion’s most illustrious night and it’s where we witness some of the most interesting and unique outfits. I guess you can call it the Super Bowl of Fashion and if you’re invited, you best come prepared!