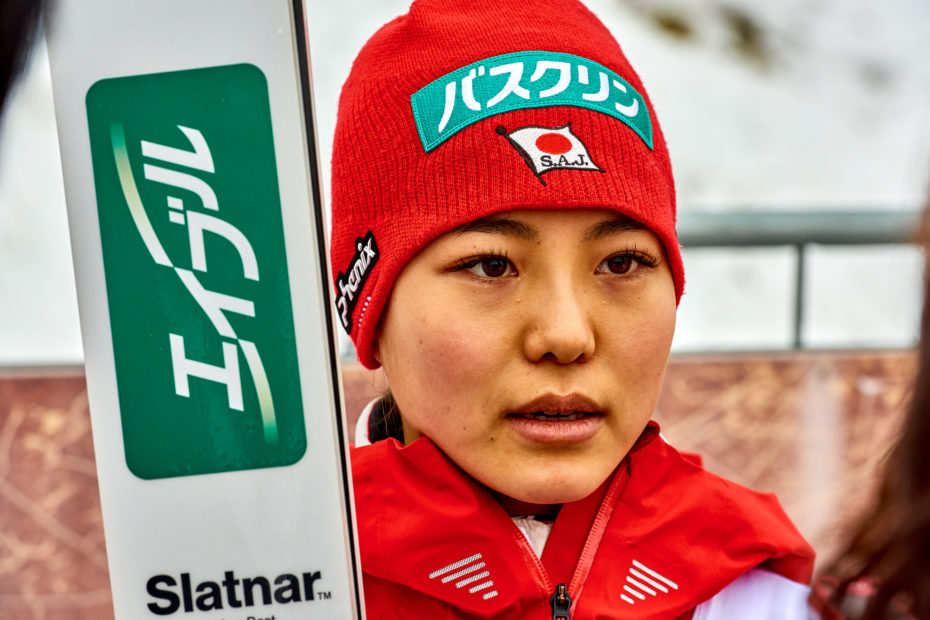 25 Olympians You Should Look Out for During the Winter Olympics

With February 4th quickly approaching, the 2022 Winter Olympics opening ceremony is right around the corner. That means in just a little over a week, the entire world will turn their attention to the many talented athletes competing for their shot at a podium finish at the Winter Olympics.

Some of these athletes are seasoned veterans at the Winter Olympics, while others are making their Olympic debut in Beijing. Either way, they’ve proven to be some of the best of the best at their respective sports and will compete against one another on the world’s biggest stage.

It’s something that only happens once every four years, so it’s quite a big deal – not just for the athletes, but for the countries they represent. The Winter Olympics is a true testament to who reigns supreme in winter sports, so prepare to be amazed for what 2022 has in store for us.

Athletes to Watch During the Winter Olympics

This year’s Winter Olympics will be one for the record books as it will feature 109 events in total – the most ever at the Winter Olympic Games. That means there are well over 300 medals up for grabs and with over 2,850 athletes across 91 nations, competition is going to be very steep.

Without further ado, let’s take a look at 25 athletes everyone should have their eyes on as we prepare for the coveted 2022 Winter Olympics in Beijing, China.

Natalie Geisenberger is a German luger that’s entering her fourth consecutive Winter Olympic Games. After a bronze medal finish in women’s singles in 2010, she has won back-to-back gold medals in women’s singles and mixed team relay in 2014 and 2018. All in all, she has five Olympic medals – four gold and one bronze. She recently gave birth to her first child in 2020.

Sarah Nurse is a Canadian ice hockey player that made a name for herself after breaking the PWHL record for most goals in a season with 35. She helped lead Team Canada to a gold medal at the 2013 U18 Championships, a gold and bronze medal at the 2021 and 2019 World Championships (respectively), and a silver medal at the 2018 Winter Olympics.

Shaoang Liu is a Hungarian short track speed skater that made his Olympic debut in 2018. Although he placed 20th in 1,500 meters and 19th in the 500 meters, he finished with a gold medal in the 5,000 meters relay. It was his country’s first ever gold medal at the Winter Olympics, which he shared with his brother and teammate, Shaolin Sándor Liu.

Katie Ormerod is a snowboarder that represents Great Britain. She has waited for her chance at the Olympics for far too long. Ormerod just barely missed qualifying for the 2014 Olympics at the age of 16 and was supposed to make her debut at the 2018 Olympics, but had to pull out due to a broken heel and wrist. She’s the first female to ever land a double cork 1080.

Olga Mikutina is an Austrian figure skater that’s making her Olympic debut at the 2022 Winter Olympics. She was born in Kharkiv, Ukraine in 2003 and started skating at an early age. She started competing at the senior level in 2019 and has won the 2020 Eiscup Innsbruck, the 2020 Istanbul Cup, and the 2021 Sofia Trophy. She’s just 18 years old, but she can skate as well as anyone.

Anna Hasselborg is a Swedish curler that very well could be one of the greatest of all-time. She’s entering her second Olympic Games after finishing with a gold medal in 2018, which resulted in her becoming the first curler to simultaneously hold gold medals at the Olympics, the European Curling Championship, and World Mixed Doubles Curling Championship.

Perrine Laffont is a French mogul skier that’s entering her third consecutive Winter Olympics. After placing 14th in 2014, she took home a gold medal in 2018 and is looking to repeat as champion in 2022. She’s a three-time gold medalist at the World Championships, twice for dual moguls and once for moguls – she also has a bronze and silver medal in moguls.

Gus Kenworthy is a British-American freestyle skier that will be retiring from the sport after this year’s Winter Olympics. The four-time gold medalist at the Winter Dew Tour and two-time gold medalist at the New Zealand Winter Games is entering his third Olympic games. He won a silver medal at the 2014 Winter Olympics for the US, but has represented Great Britain since.

Aleksander Aamodt Kilde is a Norwegian alpine skier that’s entering his third consecutive Winter Olympics. Though he has never won an Olympic medal, that very well could change in 2022. He’s been competing on the senior circuit since 2014 and has 11 wins, 26 podium finishes, and the 2020 World Cup title. He has been on fire since returning from injury in December.

Sven Kramer is a Dutch long track speed skater that’s entering his fifth consecutive Winter Olympics. He earned a bronze and silver in 2006, a bronze and gold in 2010, two golds and a silver in 2014, and a gold and bronze in 2018. With nine Olympic medals, he’s the most decorated speed skater in Olympic history and can join the coveted double-digit medal group in 2022.

Dave Ryding is an Olympic alpine skier that represents Team Britain. He is entering his fourth consecutive Winter Olympics, though he has never won an Olympic medal. Ryding hopes to change that in 2022, coming off a gold medal finish at the 2022 World Cup. That win resulted in him becoming the first British alpine skier to win a World Cup event and he did it at 35 years old.

Tina Hermann is a German skeleton racer that’s entering her second Winter Olympics after placing fifth in women’s skeleton at the 2018 Olympics. She has been racing since 2007 and joined Germany’s national team in 2009, though she’s also employed as a police officer. She’s a four-time World Champion that’s coached by Dirk Matschenz and Jens Müller.

Nathan Chen is an American figure skater that has captured the hearts of many over the past five years. He’s entering his second Winter Olympics after finishing with a bronze medal in 2018. He’s a three-time World Champion, one-time Four Continents Champion, three-time Grand Prix Final winner, and one-time World Team Trophy winner looking for his first Olympic gold.

Speaking of Nathan Chen, let’s not forget about his rival and the man standing in the way of his Olympic gold. Hanyu Yuzuru is a Japanese figure skater that’s entering his third consecutive Winter Olympics. He’s looking to become the first male skater in over 100 years to win three consecutive gold medals – doing so in 2014 and 2018. The odds are in his favor in 2022.

Chloe Kim is an American snowboarder that’s entering her second consecutive Winter Olympics at just 21 years old. At the 2018 Olympics in PyeongChang, Kim took home a gold medal at the halfpipe and is looking to repeat as champion in 2022. She has also won six gold medals at the X Games – three of which came before she turned 16 years old.

Ireen Wüst is a Dutch long track speed skater that’s entering her fifth consecutive Winter Olympics. She has won at least one gold medal in all four of her previous appearances, winning gold and bronze in 2006, gold in 2010, two golds and three silvers in 2014, and two silvers and a gold in 2018. She’s one of three athletes entering 2022 with nine career Olympic medals.

Francesco Friedrich is a German bobsledder that’s entering his third consecutive Winter Olympics. After placing seventh in two-man and eighth in four-man in 2014, he won gold medals in both events in 2018. He recently won a record 10th World Championship and very well could be one of the greatest bobsledders in the history of the sport by the time he retires.

Mikaela Shiffrin is an American alpine skier that’s entering her third consecutive Winter Olympics. She won a gold medal in 2014 for the slalom event and then a gold and silver in 2018 for the giant slalom and alpine combined, respectively. She’s the most decorated alpine skier in American history and will look to earn her third Olympic gold medal in Beijing in 2022.

Mikaël Kingsbury is a Canadian freestyle skier that’s entering his third consecutive Winter Olympics. After winning a silver medal at the moguls event in 2014, he took home the gold medal in that same event in 2018. He’s also a nine-time FIS Freestyle World Cup winner and is the most decorated mogul skier of all-time. He’s the gold medal favorite in this year’s Olympics.

Sara Takanashi is a Japanese ski jumper that’s entering her third consecutive Winter Olympics. She’s one of the greatest female ski jumpers of all-time and is a heavy favorite entering 2022. She’s a four-time World Cup Overall title holder, seven-time World Champion, and even won a bronze medal at the 2018 Olympics. She could very well earn her first Olympic gold in 2022.

Who Are the Most Decorated Athletes at the Winter Olympics?

Ever since the inaugural 1924 Winter Olympics, there have been a handful of athletes to dominate the games year-in and year-out. In fact, there are only six athletes in Winter Olympic history to have achieved double-digit medals in their respective sport – that’s right, just six!

YOU MAY ALSO LIKE: 20 Best Olympic Hockey Players of All-Time

With that said, there are several Winter Olympic athletes that could join that list in 2022. Claudia Pechstein, Sven Kramer, and Charlotte Kalla each have nine career Olympic medals – with Pechstein becoming the second athlete and first female to appear in eight Winter Olympics.