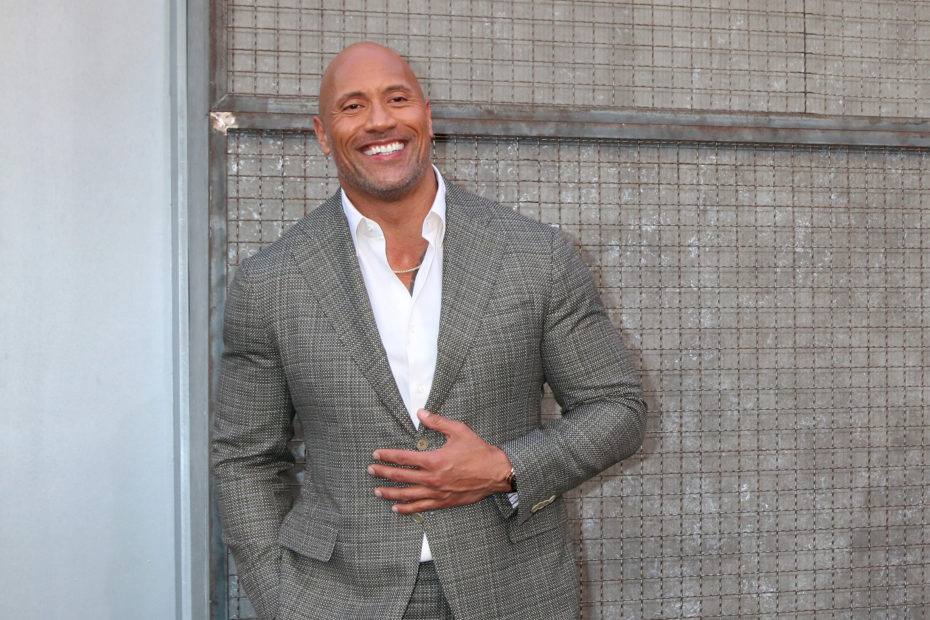 Many people believe famous athletes are one-trick ponies that only have one dream in life, but that’s not the case with athletes who became actors during or after their sport’s career. In fact, some of them had a more illustrious career on film than they ever did in their respective sport.

The sports and film industries are heavily intertwined and have been for decades. They go hand in hand, often collaborating to bring fans, athletes, and actors together. In fact, some of the greatest films to hit the big screen were sports-related or featured athletes who became actors.

And if history is any indication of what’s to come, athletes will continue to find big-time roles in big-time films. They’ll continue to prove that athletes are more than the sport they represent. They can have success elsewhere and they don’t need to be viewed as a one-trick pony.

RELATED: 30 of the Best Sports Movie Quotes of All-Time

Check Out These Athletes Who Became Actors

It’s funny because it usually doesn’t happen the other way around. Professional actors generally don’t have a shot at playing sports professionally – unless they’re making a cameo in the WWE, like Arrow star Stephen Amell at SummerSlam on Aug. 10, 2015. It doesn’t happen often.

Not all athletes who became actors found success in their newfound career, but that didn’t stop them from trying. Others, however, enjoyed a second wind to their career as they realized they had more than one talent. From there, the industry took notice and things started to blossom.

Athletes, however, have long been making moves in the film industry and we’ve even seen it recently with LeBron James starring in Space Jam 2 – a sequel to Michael Jordan’s Space Jam. Don’t worry, we’ll highlight both of them in our list of the best athletes who became actors.

Esther Williams started swimming at an early age and won three US Championships by the age of 16. When she wasn’t breaking swimming records, she was making a name for herself in the film industry. In the late-1940s and early 1950s, she was one of the most popular actresses.

Most people know Joel McHale for his role as Jeff Winger on Community, but they would be surprised to learn that he was a walk-on tight end at the University of Washington and was also recruited to the school’s rowing team. His athletic career didn’t quite work out, but his acting did!

Jason Statham has been one of the most successful actors in Hollywood over the past two decades, but it might be surprising to see him on this list. Nonetheless, Statham was a professional diver and competed on Britain’s National Swimming Squad for over a decade.

Jason Lee is another name that will cause a lot of confusion on this list, but hear me out. Before he made a name for himself as Earl in My Name Is Earl, Lee was a professional skateboarder that appeared in several skateboarding videos. Of course, his acting career was more lucrative.

Carl Weathers is a former linebacker that went undrafted in 1970 and later signed with the Oakland Raiders as a free agent. By 1974, he retired from football and began an acting career. He appeared in four Rocky movies, Happy Gilmore, Predator, Action Jackson, and much more.

“Rowdy” Roddy Piper is one of the most recognizable names in professional wrestling history and won a total of 34 championships during his career. In addition to his wrestling, he had a recurring role in It’s Always Sunny in Philadelphia and starred in They Live as John Nada.

Bubba Smith had a legendary college football career at Michigan State, eventually having his No. 95 retired and being inducted into the College HOF. He enjoyed a successful nine years in the NFL and is most known for his roles in Police Academy, Stroker Ace, and Good Times.

Merlin Olsen was the third overall draft pick in 1962 and spent 15 years with the Los Angeles Rams. He finished his career with 91.0 sacks, 14 Pro Bowls, and an induction into the Hall of Fame. He is known for his roles in Little House on the Prairie, The Undefeated, and Mitchell.

John Matuszak was the first overall draft pick in 1973 and spent nine seasons in the NFL. He recorded 48.5 sacks and seven fumble recoveries en route to two Super Bowl championships. He’s best known for his role as Sloth in The Goonies, but made numerous other appearances.

Lou Ferrigno is a former bodybuilder that was a two-time Mr. America winner and two-time (consecutively) Mr. Universe winner. In addition to appearing in a bodybuilding documentary, he’s best known for his title role as Hulk and his roles in Hercules and Sinbad of the Seven Seas.

Dan Marino was the 27th overall draft pick in 1983 and spent 17 seasons as the team’s starting quarterback. He had a 147-93 record as a starter, threw 420 touchdowns, and was inducted into the Hall of Fame. He’s best known for his role in Ace Ventura: Pet Detective and Little Nicky.

Ray Allen was the fifth overall draft pick in 1996 and is one of the greatest shooters of all-time. He was a 10-time All-Star, two-time champion and Hall of Fame inductee that made 2,973 three point field goals in his career. He’s best known for his role as Jesus Shuttleworth in He Got Game.

Ronda Rousey is one of the greatest female MMA artists of all-time, but has since grown into a dominant professional wrestler with WWE. She finished with a 12-2 MMA record with nine submissions. She’s best known for her roles in Furious 7, The Expendables 3, and Entourage.

Terry Crews is one of the biggest actors in Hollywood and has been for some time now. He’s best known for his roles in Idiocracy, Brooklyn Nine-Nine, and The Expendables. Before he got his big break in Hollywood, he was an aspiring football player that played 32 games in the NFL.

Kareem Abdul-Jabbar is widely regarded as one of the greatest basketball players ever. He was a 19-time All-Star, six-time champion, six-time MVP, Rookie of the Year, and two-time scoring champ. He’s best known for his role as Roger Murdoch in Airplanes!, but also made numerous other appearances.

Arnold Schwarzenegger is one of the most recognizable bodybuilders in the history of the sport. In addition to his career as a politician (former Governor of California), he was one of the biggest names in Hollywood for several decades – most notably for the Terminator series.

Michael Jordan was the No. 3 overall draft pick in 1984 and is widely regarded as the greatest basketball player ever. He was a 10-time scoring champ, five-time MVP, and six-time champion. He’s best known for his role as himself in Space Jam, but also appeared in other films, such as He Got Game.

Kyrie Irving was drafted No. 1 overall by the Cleveland Cavaliers and has spent the past 11 seasons in the NBA. He’s one of the most talented ball handlers to ever grace the court and is a one-time champion. He’s best known for his role as Uncle Drew in numerous basketball films.

LeBron James was the No. 1 overall draft pick out of high school in 2003 and will enter his 20th season next year. He’s widely regarded as one of the greatest basketball players ever and has won four NBA championships. He recently starred in Space Jam 2, though it didn’t receive the best reviews.

Jim Brown was the sixth overall draft pick in 1957 and is widely regarded as one of the greatest running backs in NFL history. He totaled 12,312 yards and 106 touchdowns over nine seasons. He suddenly retired after the 1965 season to pursue an acting career, which he excelled at.

Shaquille O’Neal was the No. 1 overall draft pick in 1992 and spent 19 years in the NBA. He’s one of the most dominant big men of all-time and won four NBA championships during his career. He’s best known for his roles in Steel, The LEGO Movie, Kazaam, and Scary Movie 4.

John Cena is one of the greatest and most recognizable professional wrestlers in the history of the sport. Along with Ric Flair, Cena has the most championship reigns in wrestling history. He has since become a heavily sought-out actor, appearing in numerous films over the past two decades.

Dave Bautista is another professional wrestler that has since found a successful career in acting. He was a six-time world champion during his first stint with the WWE between 2002 and 2010. He recently gained a second wind of fame as Drax the Destroyer in the Marvel Universe.

Kevin Garnett was the No. 5 overall draft pick in 1995 and spent 21 seasons in the NBA. During that time, he was a 15-time All-Star, NBA champion, Defensive Player of the Year, and MVP. he most recently appeared in Adam Sandler’s Uncut Gems as himself – and he absolutely killed it!

When talking about athletes who became actors, no one has had more success than Dwayne ‘The Rock’ Johnson. Not only is he widely regarded as the greatest professional wrestler in history, but he’s one of the highest-grossing and highest-paid actors in Hollywood today.

As you can see above, there have been a number of highly talented athletes who became actors – some of them did it during their sport career, while others did it after their sport career. It’s always interesting to see which famous athlete will be the next one to receive a star role.

YOU MAY ALSO LIKE: 15 Basketball Movies That Will Make You Cry

Which athletes would you like to see on the big screen in the coming years? There are a lot of good personalities in the sports world that would translate well in the film industry. Whether or not they actually get that shot is unknown, but it’s something that can’t be out of the question!