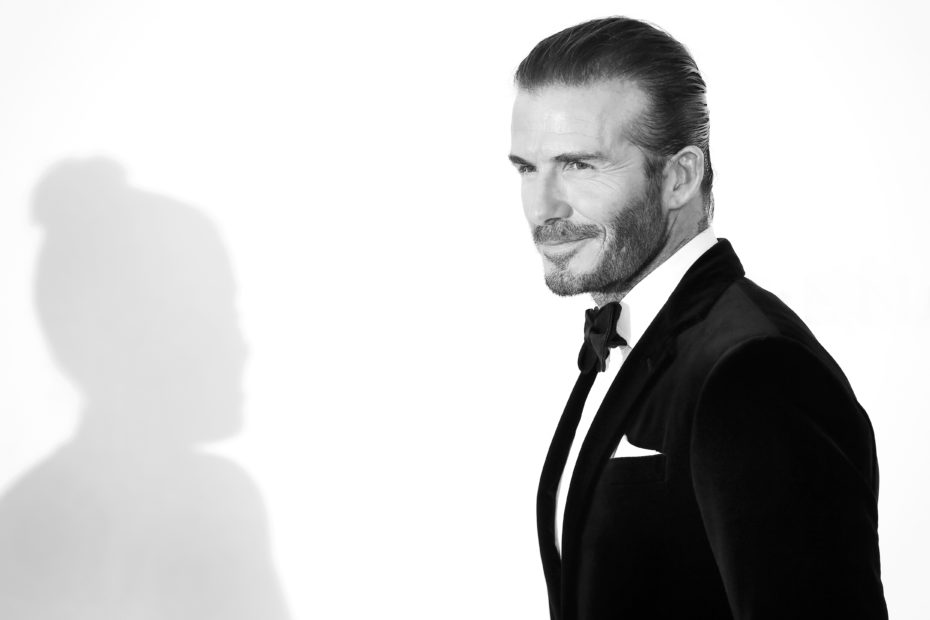 Athletes With Clothing Brands You Need to Check Out

If you’re someone who loves sports and fashion, then be prepared to fall in love with these athletes with clothing brands. You’d be surprised to learn that some of your favorite athletes have an eye for fashion and some of those athletes even have their own clothing line.

While many people think athletes are one-trick ponies with one talent, athletes with clothing brands remind us that there’s more to their life than just sports. In fact, some athletes end up making far more money away from sports – including those that create their own fashion line.

We already wear their jerseys, we follow them on social media, we read the news everytime we see their name on a headline – we practically know everything there is to know about them. With that said, why not invest in their clothing and show it off in style – you might turn some heads!

Check Out These Athletes With Clothing Brands

It doesn’t matter what sport we’re talking about, athletes are known for getting dressed up in style before game day. We see them show up to the stadium or arena wearing their best clothes and some athletes even show up wearing their own clothing line – it’s free marketing, isn’t it?!

There are a number of ways athletes can go about starting their own clothing line, but most of them choose one of two paths – doing it on their own or working alongside a major brand (Nike, Adidas, H&M, etc.). There’s no right or wrong way to do it, so long as you’re serious about it.

Below, we’re going to detail 15 athletes with clothing brands that are worth checking out. Some of these athletes are well-known for their fashion, while others might come as a surprise. Either way, we know you’re going to want to shop their collections the moment you finish reading!

Ibtihaj Muhammad is a professional sabre fencer that represents the United States. She’s of African American descent and follows the Islamic religion. Her parents, who converted to Islam, got Ibtihaj involved in fencing because it was one of the few sports she could wear her hijab.

And that’s exactly what she did, becoming the first Muslim American to wear a hijab during competition for Team United States. Roughly eight years ago, she started her own clothing line called Louella with her siblings. They primarily sell hijabs, dresses, and sets for women.

Mahendra Singh Dhoni, also referred to as MS Dhoni, is a professional cricketer who captained India’s national team for a decade. He made his domestic debut in 1999 and his international debut in 2004. He retired from international play in 2020, but still plays in the IPL.

Outside of cricket, Dhoni has taken up several hobbies and investment opportunities. He created his own lifestyle brand called SEVEN in 2016, though he primarily focuses on the footwear side of the business. He also owns sports franchises and an entertainment company.

Lukas Podolski is a German football (soccer) player that currently plays for Górnik Zabrze, a Polish football club. He played for Germany’s national team between 2004 and 2017, scoring 49 goals in 131 matches. He also played for Bayern Munich, Arsenal, Inter Milan, and more.

Outside of his football career, Podolski has several investments he’s working on in Cologne, Germany – including an ice cream parlor, a kebab shop, and even a streetwear clothing line named STRASSENKICKER. He’s also a judge on the German version of Got Talent.

Venus Williams is an American professional tennis player that made her pro debut in 1994 at the age of 14. She has earned over $42 million in winnings, recording 49 career singles titles (seven Grand Slams) and 22 career doubles titles (14 Grand Slams). She’s an all-time great.

Outside of her tennis career, Williams has taken a strong interest in interior design with her firm, V Starr Interiors, and fashion with her EleVen fashion line (a partnership with Steve & Barry’s). Her line includes both on-court and off-court clothing, which she is seen wearing frequently.

Virat Kohli is an Indian professional cricketer and widely regarded as one of the greatest ever. He has played for India’s national team since 2008 and is a former captain. He also currently plays for the Royal Challengers Bangalore of the IPL and for Delhi in domestic cricket.

In addition to owning several sports teams and being married to a famous Bollywood actress, Kohli recently started his own clothing line called WROGN, a partnership with Universal Sportsbiz Pvt. Ltd. (USPL) – a leader in India’s fashion industry. It’s quite the versatile line.

In 2013, Curry signed with Under Armour in what was one of UA’s best sponsorship signings of all-time. In 2020, Curry and Under Armour teamed up to launch the Curry Brand – only available at Under Armour. The line includes a little bit of everything – shoes, shirts, pants, shorts, etc.

Roger Federer is a Swiss professional tennis player and is widely regarded as one of the greatest of all-time. He turned pro in 1998 and has won over $130 million in prize earnings. He has a 1,251-275 career singles record with 103 titles (including 20 Grand Slam victories).

Between 1994 and 2018, Federer was signed to Nike’s footwear and apparel collection. When his contract came to an end, Federer signed with Uniqlo in what was reported to be a 10-year, $300 million contract. His signature ‘RF’ logo is featured on most of his clothing releases.

Dwyane Wade is an American professional basketball player that spent 16 seasons in the NBA – mostly with the Miami Heat, where he won three championships. He averaged 22.0 points, 4.7 rebounds, 5.4 assists, and 1.5 steals per game. He was a 13-time All Star and Finals MVP.

Wade has always been interested in fashion. During his playing days, he released shoes with Converse, Jordan, and Li-Nang (a Chinese athletic brand). His ‘Way of Wade’ partnership with Li-Nang is classy, as well as his new children’s line he launched with his wife and daughter.

James recently earned billionaire status, according to Forbes, and has a laundry list of sponsors, investments, partnerships, and other business deals. In 2011, he co-founded UNKNWN, a clothing boutique located in Miami, Florida. He also partners with Nike often.

Tony Hawk is an American retired professional skateboarder and one of the most influential skateboarders of all-time. At the Summer X Games, Hawk won 10 gold medals, three silver medals, and three bronze medals. He retired from competing professionally back in 2003.

Since then, Hawk has been focused on several business ventures, including his own skateboard company named Birdhouse. In 2019, he officially launched his own clothing line named Tony Hawk Signature Line, which features streetwear for both men and women.

In 2019, Williams officially launched her S by Serena clothing line. She focuses on inclusivity by offering a wide range of 1990s-style clothing for all shapes and sizes. Williams has also made numerous headlines throughout her professional career for her outfit choices on the tennis court.

Tom Brady is an American professional football player and is widely regarded as the greatest football player of all-time. He has won seven championships in his career, which is more than any other player or franchise in NFL history. He also holds a laundry list of individual records.

Roughly three years ago, Brady launched his official clothing line named Brady Brand. It features a wide range of options – including tops, bottoms, outerwear, accessories, and more. His newest golf collection has taken the world by storm – he showed it off at The Match.

Russell Westbrook is an American professional basketball player that currently plays for the Los Angeles Lakers. He will be entering his 15th season next year and is a nine-time All-Star, two-time scoring champ, 2016-17 MVP, and led the league in assists on three occasions.

Westbrook has always been one of the most fashionable players in the NBA. He was named the Marketing Creative Director of True Religion in 2015 and launched his own clothing line named Honor the Gift in 2016. He was one of the few athletes invited to the 2022 Met Gala.

Cristiano Ronaldo is a Portuguese professional football (soccer) player and is widely regarded as one of the greatest to ever play. He turned pro in 2002 and started playing for Portugal’s national team in 2003. He has recorded 698 goals and 230 assists in 933 career matches.

In 2006, Ronaldo opened his first fashion boutique called CR7 (which stands for his initials and jersey number) in Madeira and opened a second one in Lisbon in 2008. His fashion line focuses heavily on underwear, socks, loungewear, and cologne for both men and boys of all sizes.

David Beckham is a retired English professional football (soccer) player and is widely regarded as one of the most influential footballers of all-time. He has played for Manchester United, Real Madrid, LA Galaxy, AC Milan, and more. He recorded 127 goals and 213 assists in 718 games.

Beckham has always been one of the most prominent athletes with clothing brands. He’s known as a fashion icon – especially among the LGBTQ+ community. He was a co-owner of Kent and Curwen, a British fashion line, before he ended the partnership. He also partnered with H&M.

Athletes Are More Than the Sport They Play

Professional athletes have made a living playing the sport they love and while they’re heavily dedicated to their craft, it’s not the only purpose they have in life – they find meaning in other hobbies, too. For example, athletes with clothing brands find solace in their love of fashion.

Think about it like this – we all have a job or career, whether it’s as a firefighter, an office manager, a personal trainer, or an accountant. We go to work, we give it our all, and we love what we do (most of us, at least). Still, that career isn’t the only thing we dedicate ourselves to.

YOU MAY ALSO LIKE: 25 Athletes Who Went on to Be Successful Elsewhere

We all have our hobbies and things we enjoy doing when not working – athletes with clothing brands are no different. Since many athletes retire from sport by the time they’re 40, they still have a lot of life left to live. Investments and business deals give them purpose after retiring.